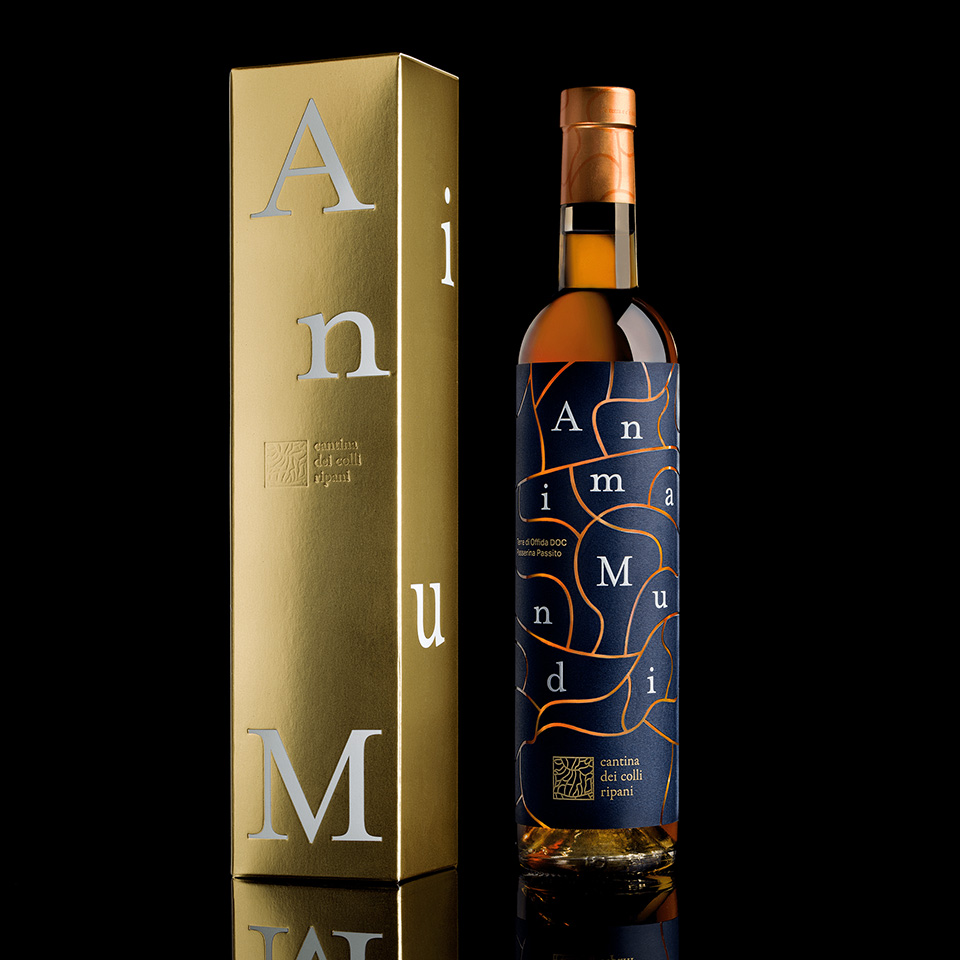 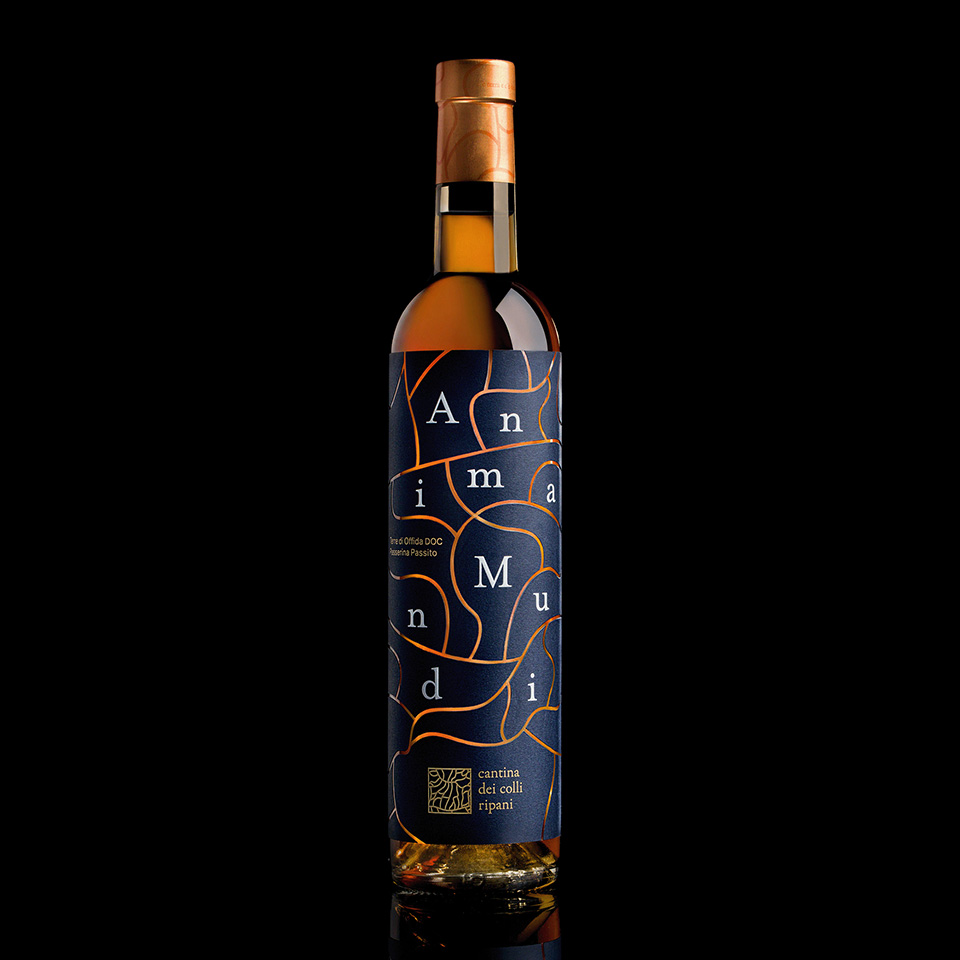 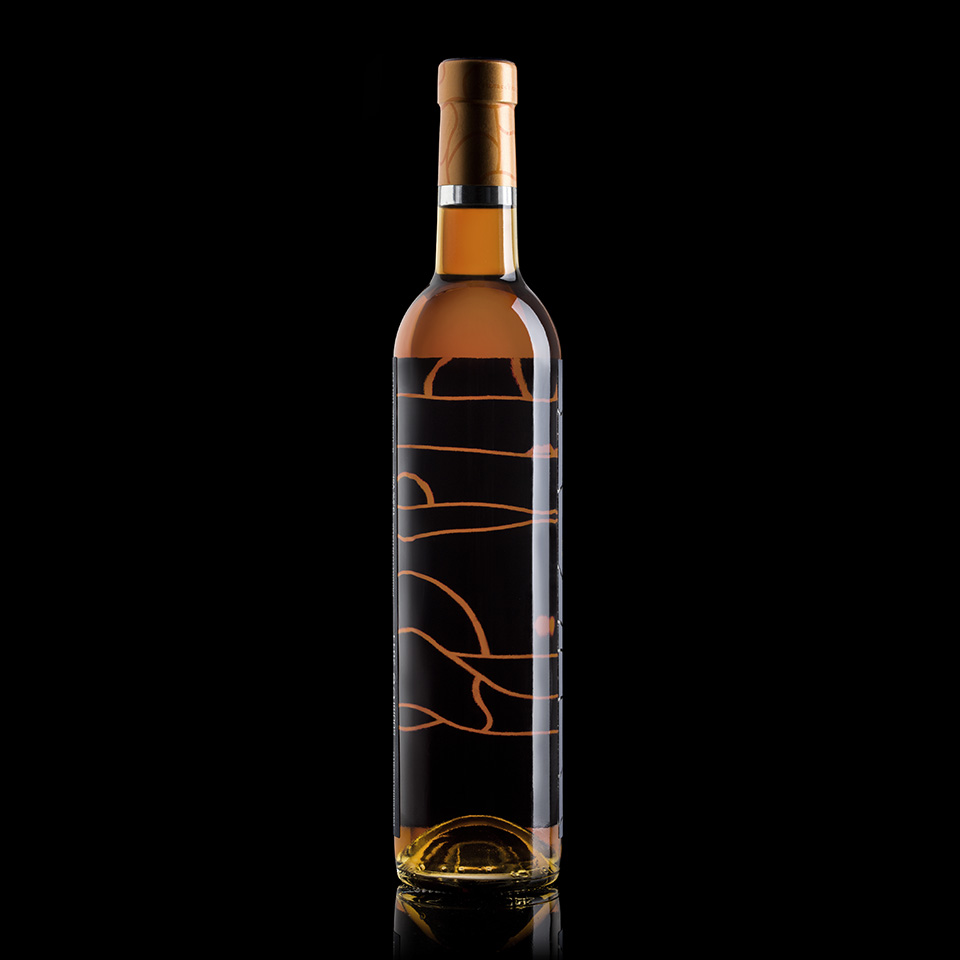 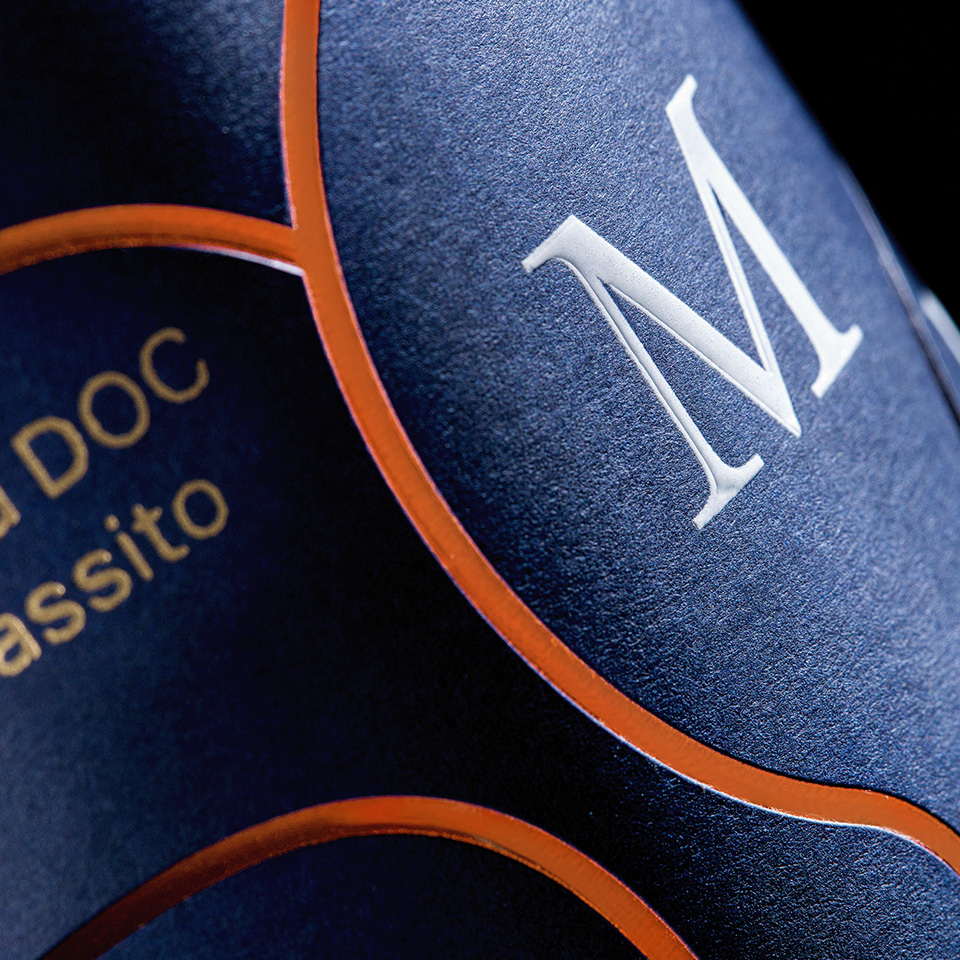 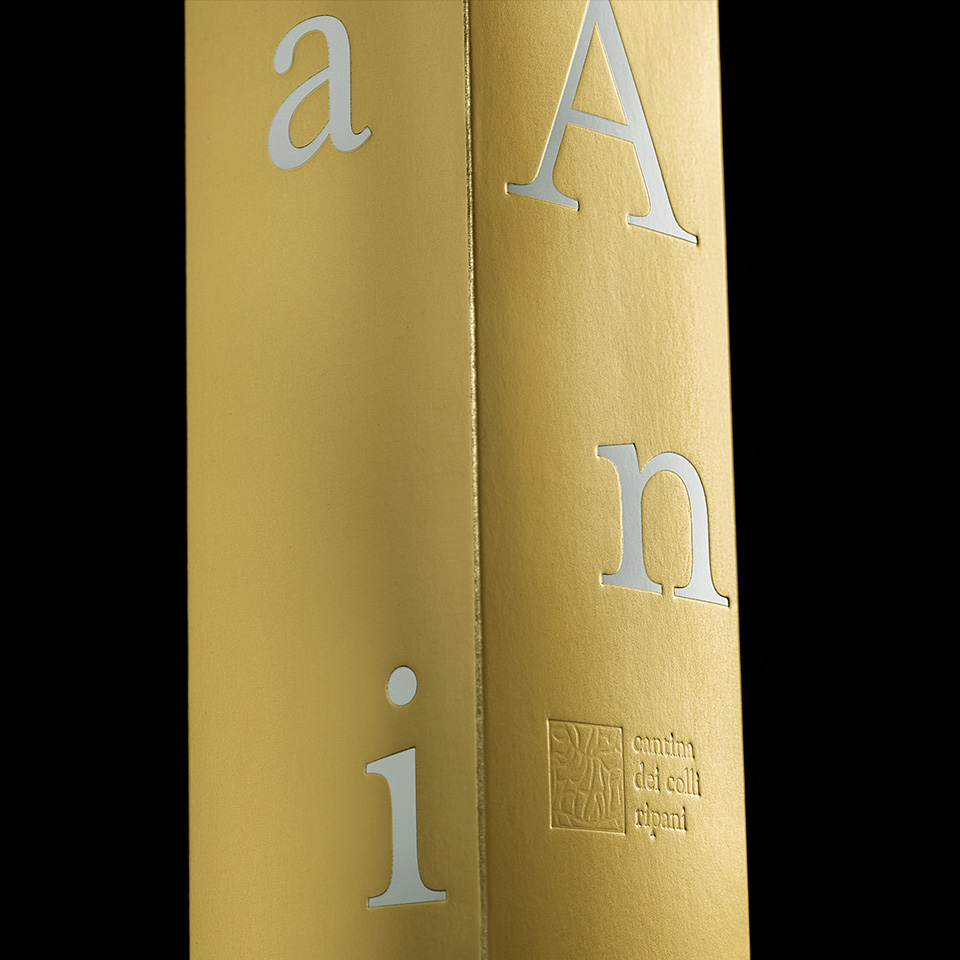 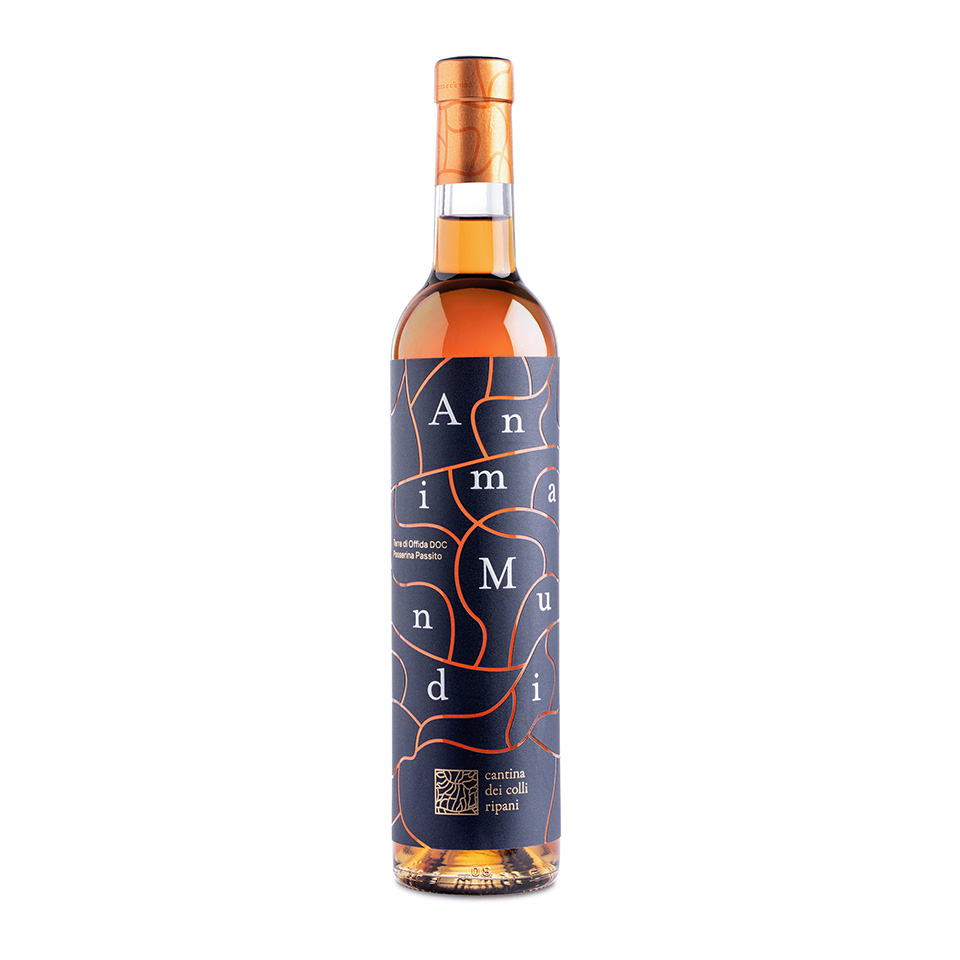 Label and packaging design for a premium dessert wine.

The term Anima Mundi – The world soul, has a deep meaning for ancient traditions including Platonic thinkers. This word wants to represent the intrinsic connection between all things, the unity of the whole, an intangible force linking all living beings on the planet. Their connection to the world is mirrored by the connection that the soul has to the human body.

With such an ancient word the Anima Mundi wine by the winery Cantina dei Colli Ripani has the ambition to represent the connection between the territory, its people and its traditions. This difficult and enigmatic concept has been translated into packaging using the desiderable difficulty approach. The term, coined by the professor of psychology Robert A. Bjork in 1994 combines psychological theories and design principles. Desirable difficulties should be highly desirable and increasingly challenging; and while difficult tasks might slow down learning initially, the long-term benefits are greater than with an easier approach.

This stunning and complicated label is printed on Arconvert’s Ispira Blue Saggezza Ultra WS, one of the beautiful Ispira pure natural ECF pulp papers with a special soft surface finish. The material’s beautiful colour goes in perfect contrast with the wine amber shades and combined with the ultra WS treatment avoids the formation of wrinkles and reduces the absorption of water on the surface of the paper.

This label presents different ennoblements like the bronze embellishments, the silkscreen printing, the embossed details but more than anything its outstanding effect is given by the special die-cutting and partial removal, which allows the see-through effect that makes the blue and the amber colors stand out.