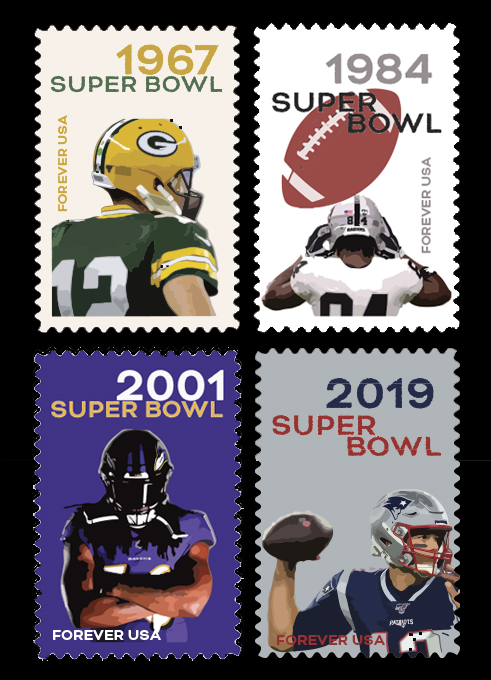 Create a series of four US postage stamps.

I learned the history of American football and the Super Bowl. Also, I understand the importance of the typeface’s size when I work on a tiny stamp. Compared to working on a big history poster, designing a series of the stamp is another different experience.