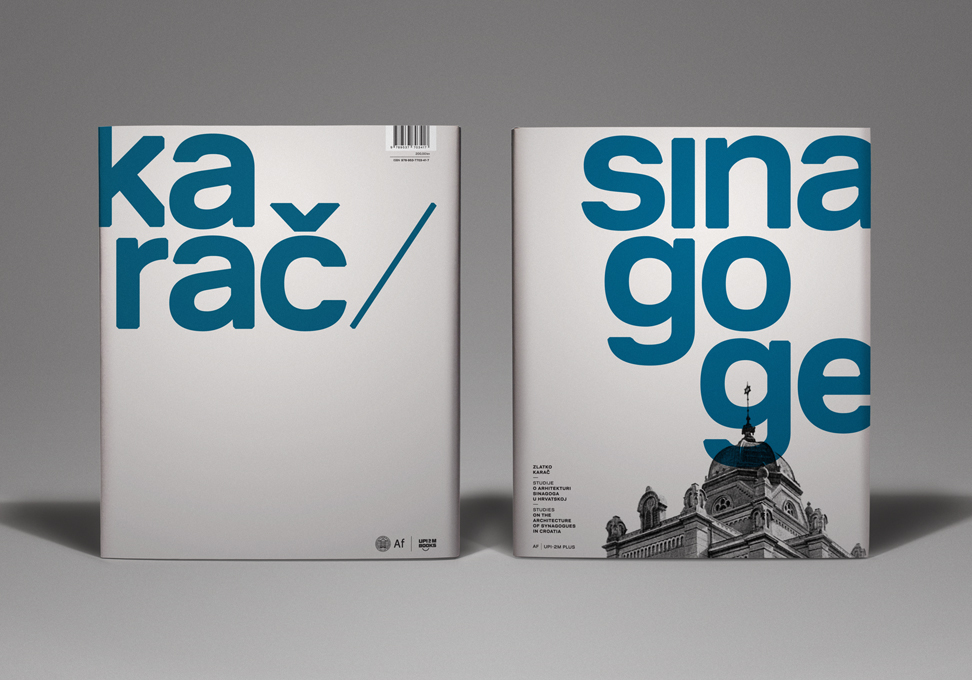 The book 'Sinagogues' (full title: 'Studies on the Architecture of Sinagogues in Croatia') is a first published edition in a future series of 'Architectural Studies' publications by author Prof. Zlatko Karač from the Faculty of Architecture in Zagreb. It is a collection of studies on the theme of historical architecture and design of sinagogues on the territory of Republic of Croatia.

As a first book in series of books that deal with various, most diverse topics of architectural theory, the cover was designed with other editions in mind, so the typographic design is prominently positioned, overdimensioned and deliberately not tied to particular style — but serves as a connection with other books that will follow. Custom-designed, emphasized title typography here stands contrasted to a rare historical image of a sinagogue in Croatian city of Vukovar, built by Ludwig Schöne in 1889, but sadly devastated during the WWII and finally demolished in 1958. The back cover bears the name of the author, placed as the part of the title itself, and it is one of the elements that is treated consistently in all books in the series.

The book has been published in the cooperation between The Faculty of Architecture Zagreb and UPI2M Books, leading Croatian publisher of books on architecture, urbanism and design.