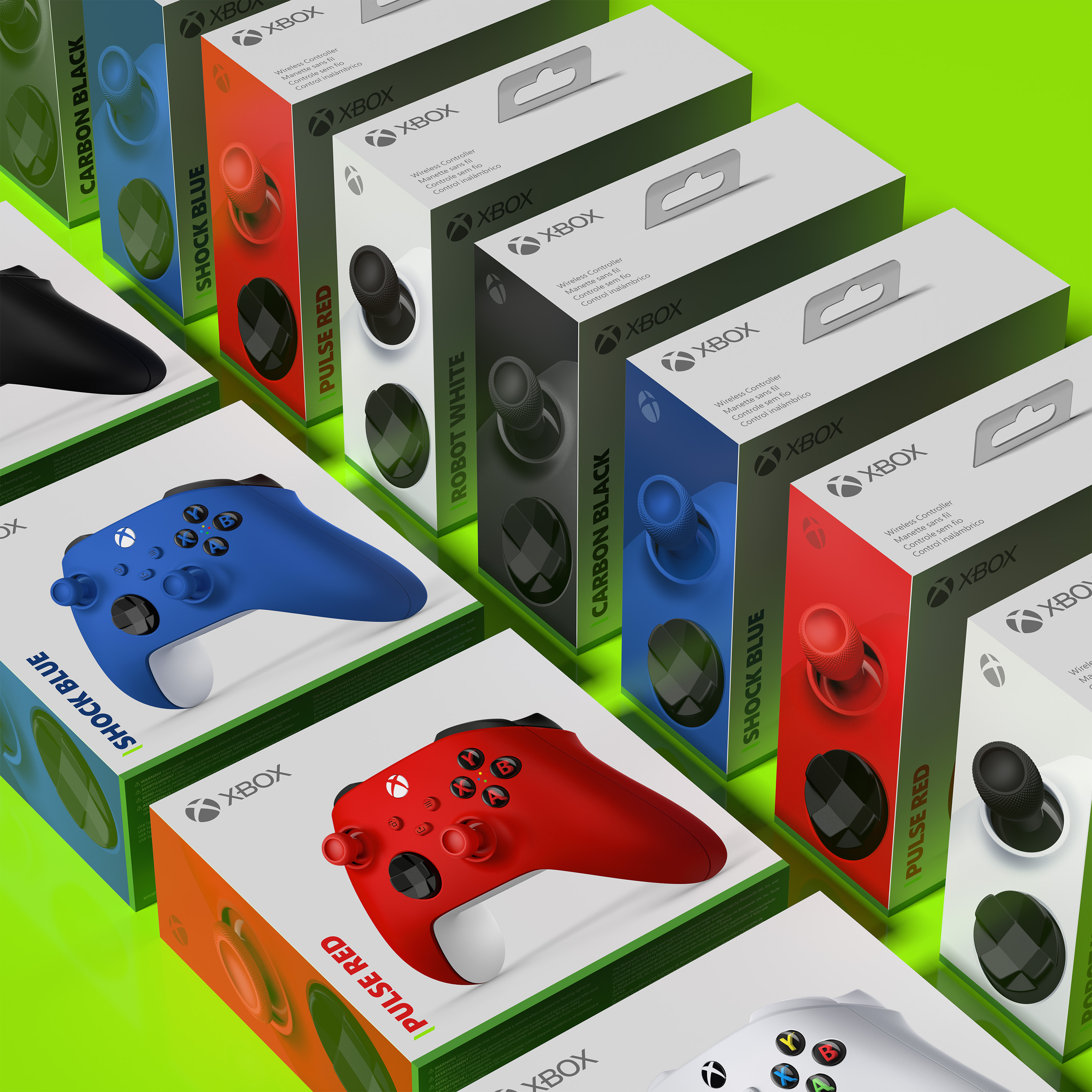 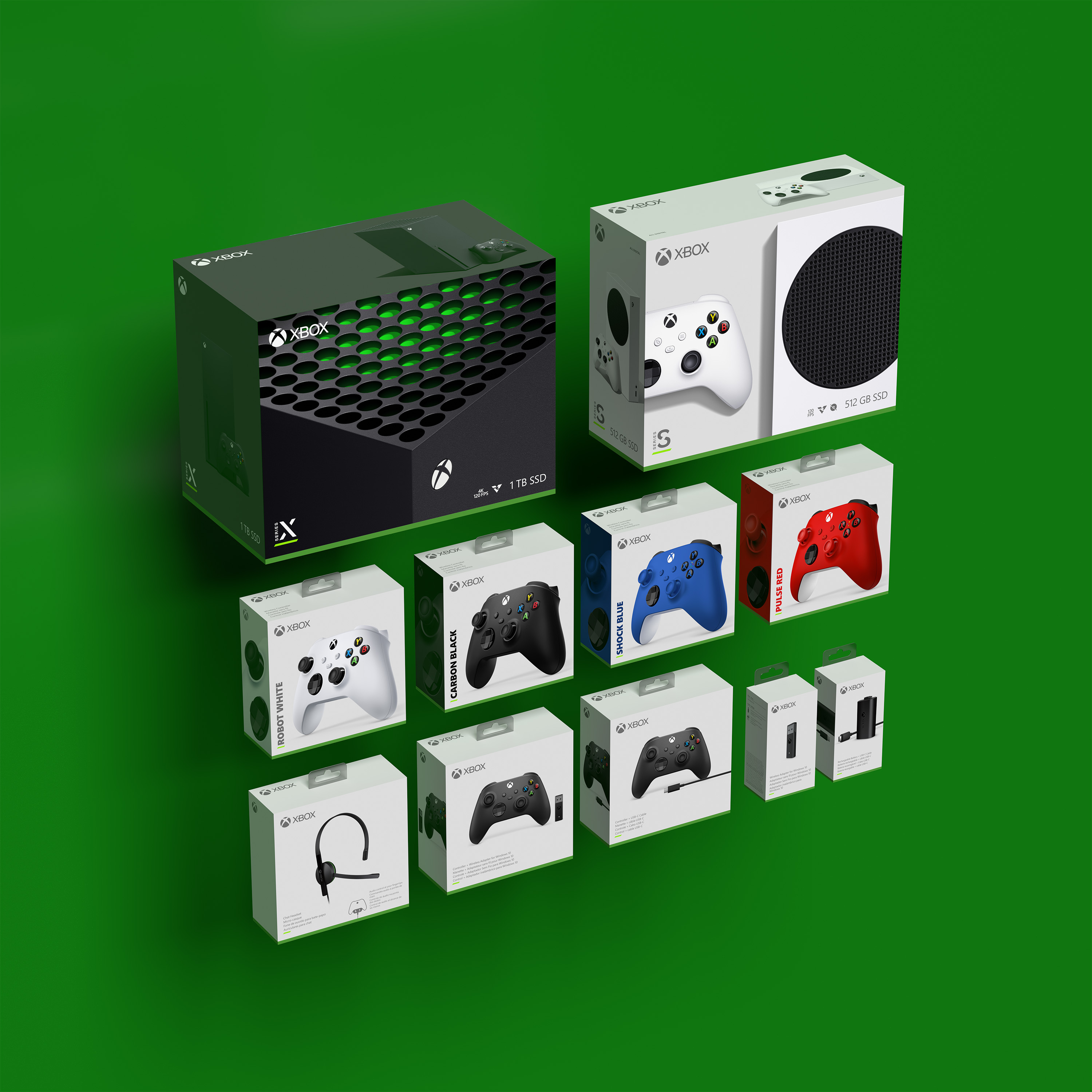 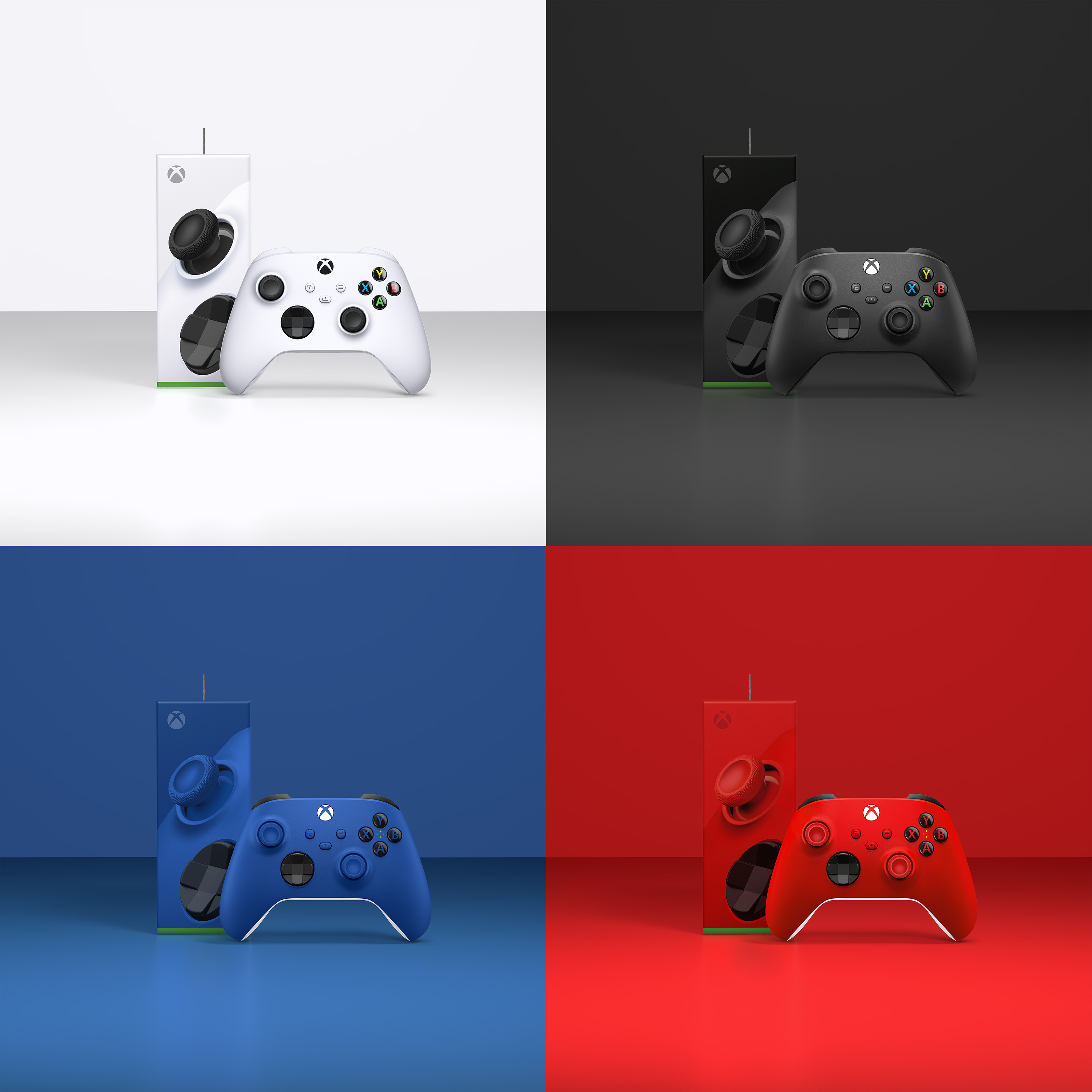 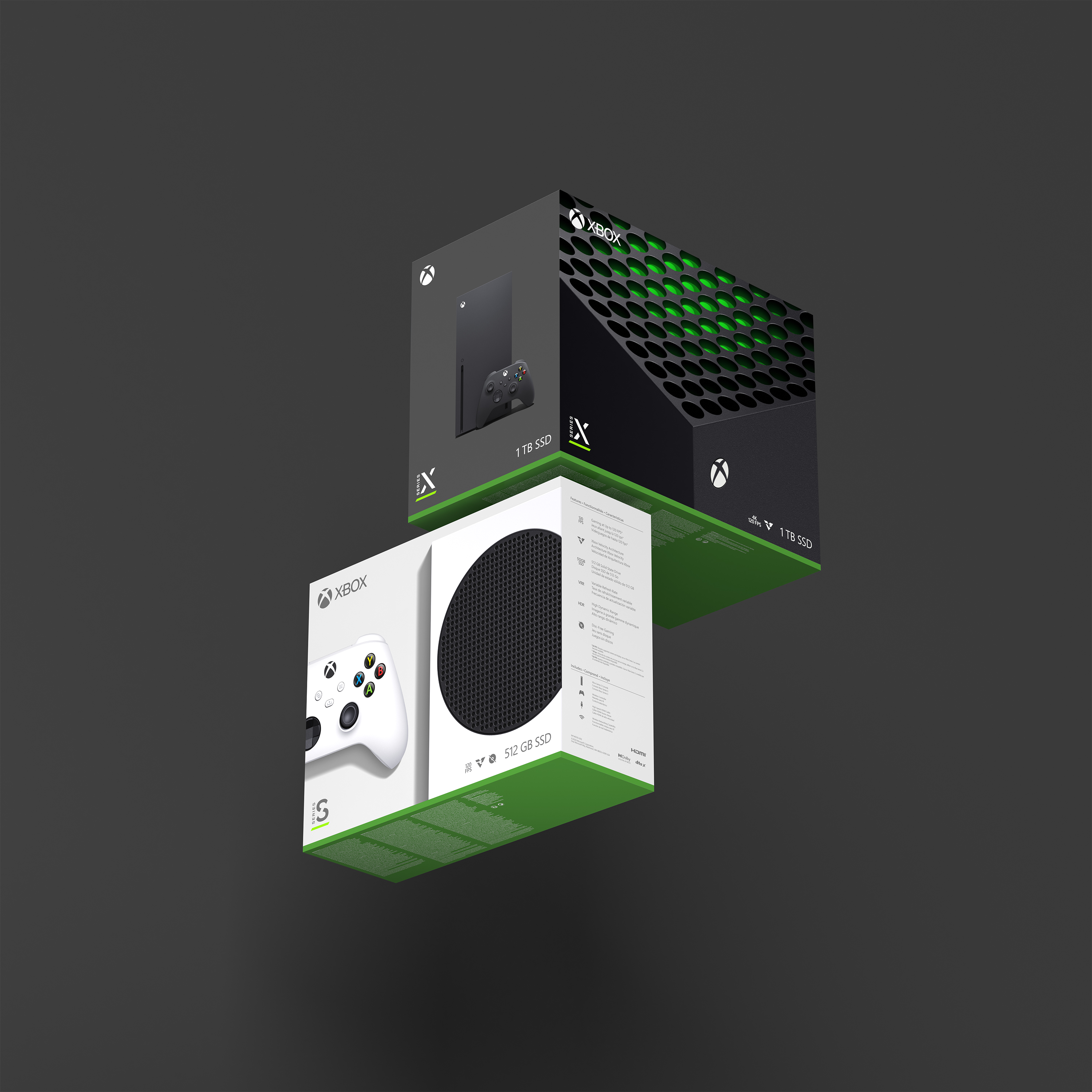 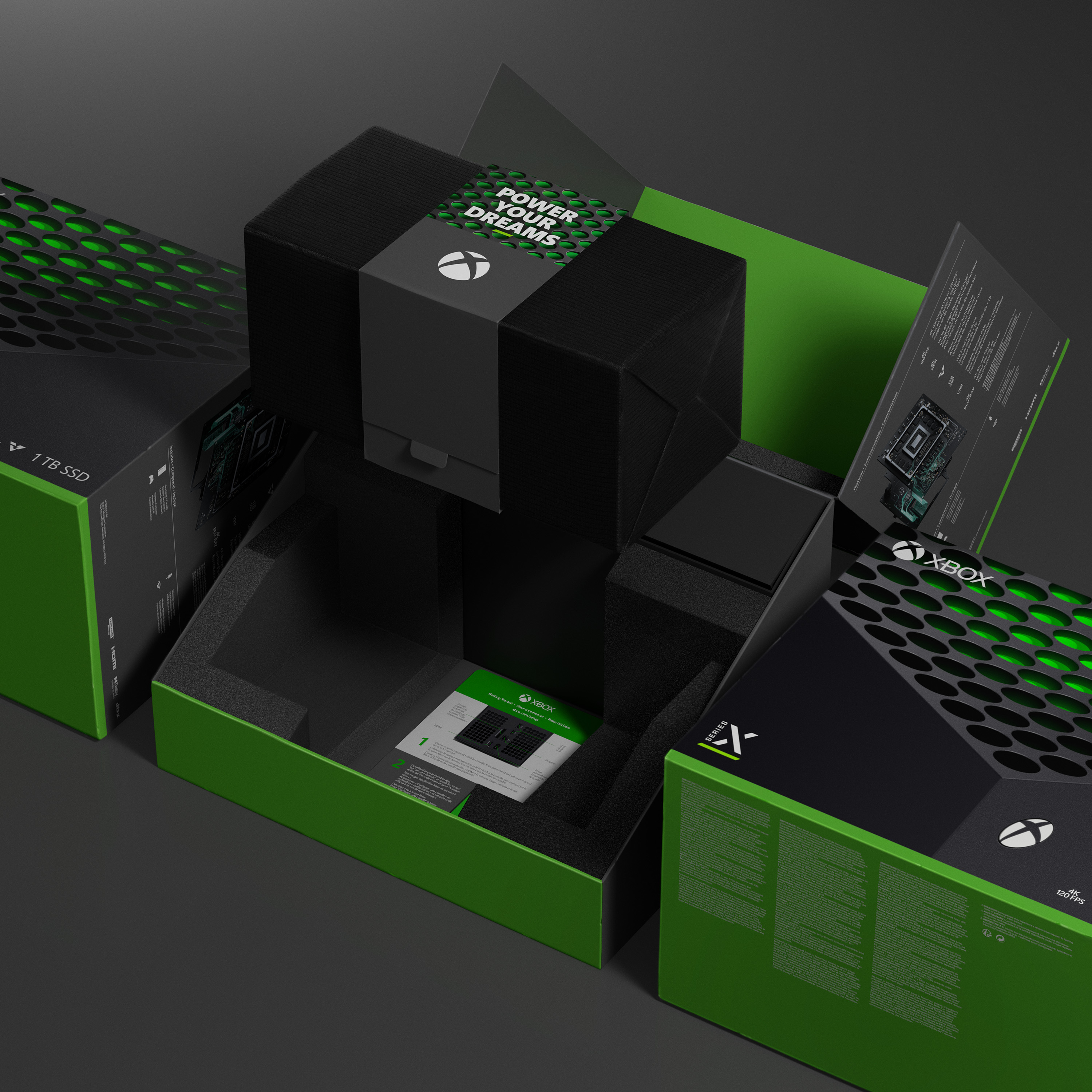 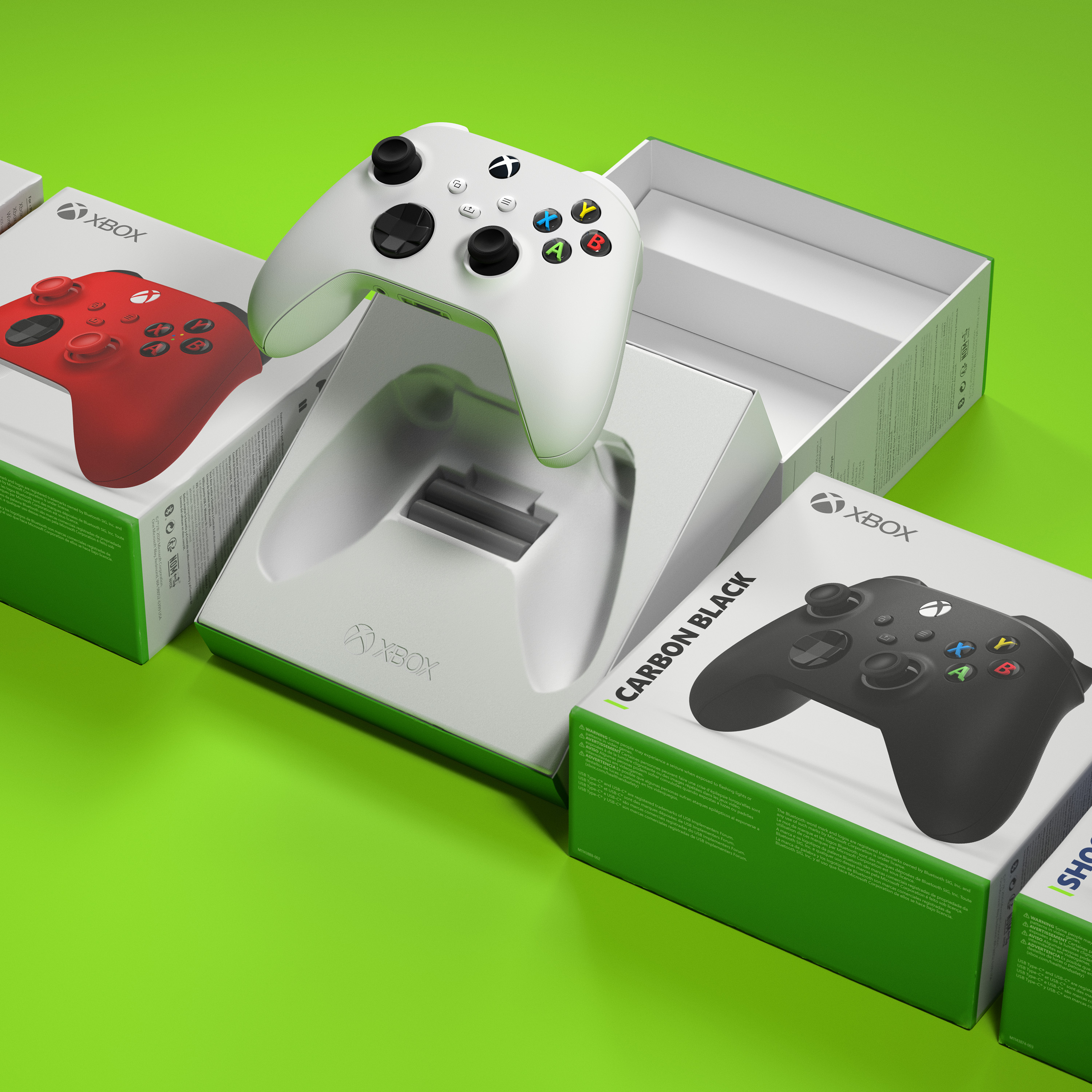 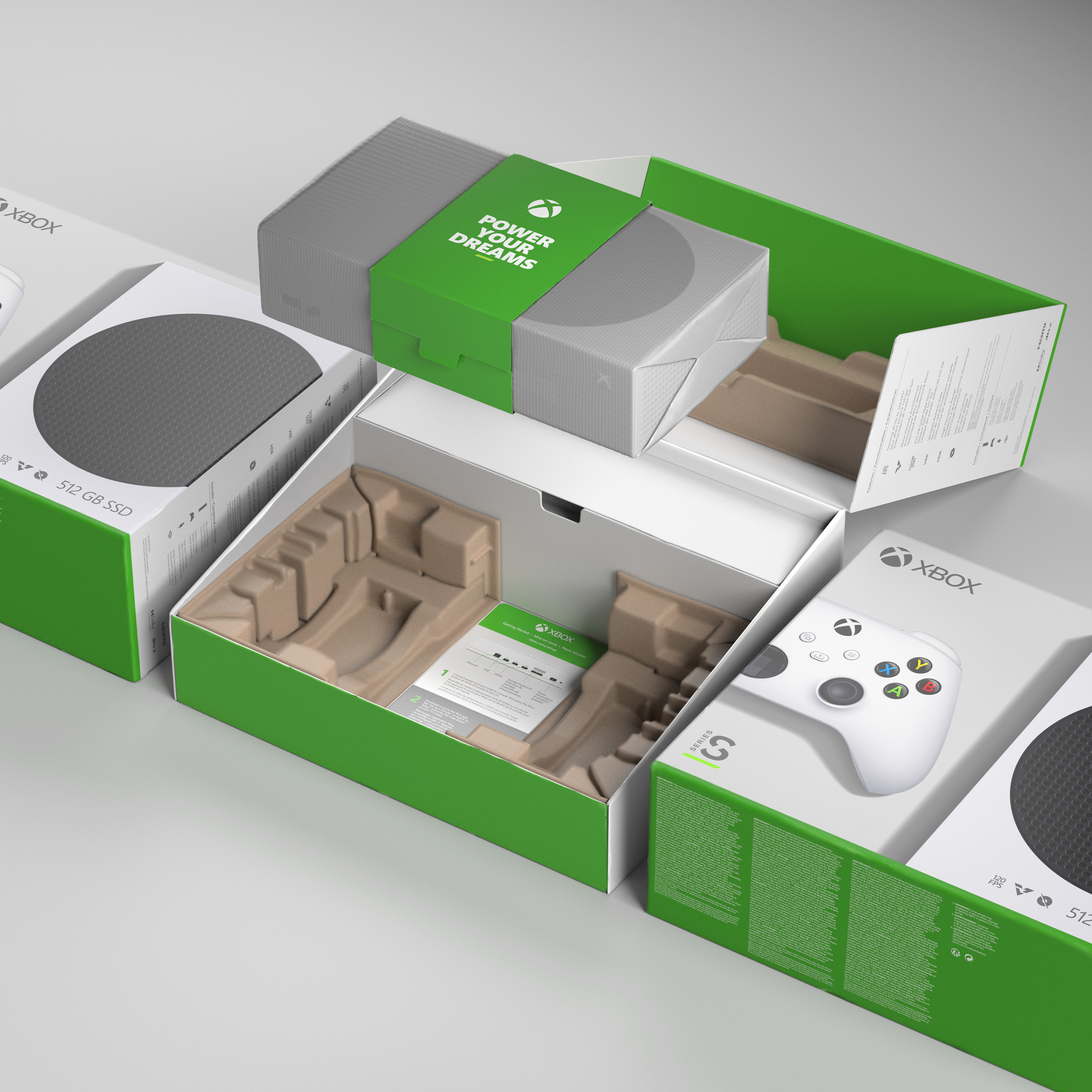 Assignment
The Xbox Series X and S launch—two video game consoles launched simultaneously—required mind-blowing packaging to kick off a new generation of gaming. Thinking around packaging has evolved, especially as the Xbox audience broadens: it needs to be accessible, environmentally friendly, premium, and pay off the culmination of the brand promise. When someone opens an Xbox Series X box, they want to feel like they’ve made a great choice—because they have.

Additionally, Xbox took the new console launches as an opportunity to refresh their brand. These two intertwined objectives gave Ten Gun Design a chance to truly shine as we designed the packaging for Xbox Series X and S.

Project and Goals
The project involved packaging design for two consoles, the Xbox Series X and S, and accessories for those consoles, including controllers and headsets. The packaging needed to family together, represent the brand refresh Xbox executed leading up to the console launch, and include environmental and accessible elements. Ten Gun’s scope included design of the exterior box and quick-start guide, and design of other graphical elements inside the box.

Approach
Ten Gun tapped into a plethora of consumer insights about changes in purchasing behavior. We knew that most people arriving at the store have already made the purchase decision, so the brand experience at the point of sale wasn’t so much about acquisition as it was reinforcement that the decision they’d made was a good one. Additionally, collectors often display accessory boxes together, so We knew we’d need to create something that appeared as a cohesive “series” or “family” of products.

Creative process and solution
Our designs focused on reinforcing the sense of a good purchase decision—the culmination of the brand journey to purchase. We came up with dozens of different ideas, finally landing on a solution that shows macro views—a first for Xbox—focusing on the unique design elements of the units. That look, combined with the “cake box” packaging structure for the console, was engineered to stoke feelings of luxury and goodwill in the hearts and minds of people purchasing their new Xbox.

Results
Our clients appreciated this bold new look and approach and combined it with their own research around eco-consciousness and accessibility. The result is a packaging system that received universal acclaim from gaming press, influencers, environmental advocates, and those who rate products on accessibility.

Project success
The Xbox Series X and S launch was one of the most successful console releases ever, with supplies still sold out months later. Unboxing videos, livestreams, and social media posts all praised the packaging design of the consoles.