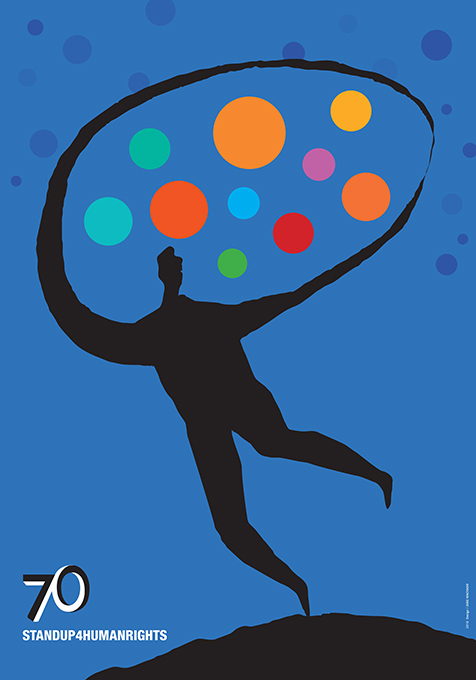 As part of the 'Celebration of the 70th Anniversary of the Universal Declaration of Human Rights', the CTT-Correios de Portugal, SA (Portuguese Postal Service, SA.) and the United Nations Regional Information Center for Western Europe commissioned me to create a Postcard to commemorate this important date.
The Universal Declaration of Human Rights was adopted in Paris on December 10, 1948, and is the most translated document in the world, with 508 translations available. The foundations of the document began to be defined in 1945 at the Yalta Conference in Russia with the aim of creating new ideological foundations that would serve as a reference in a post-World War II world and to promote peace and democracy.

The image represents the human figure, conquering, through a global embrace, the 10 'colored' human rights that contemplate this Universal Declaration