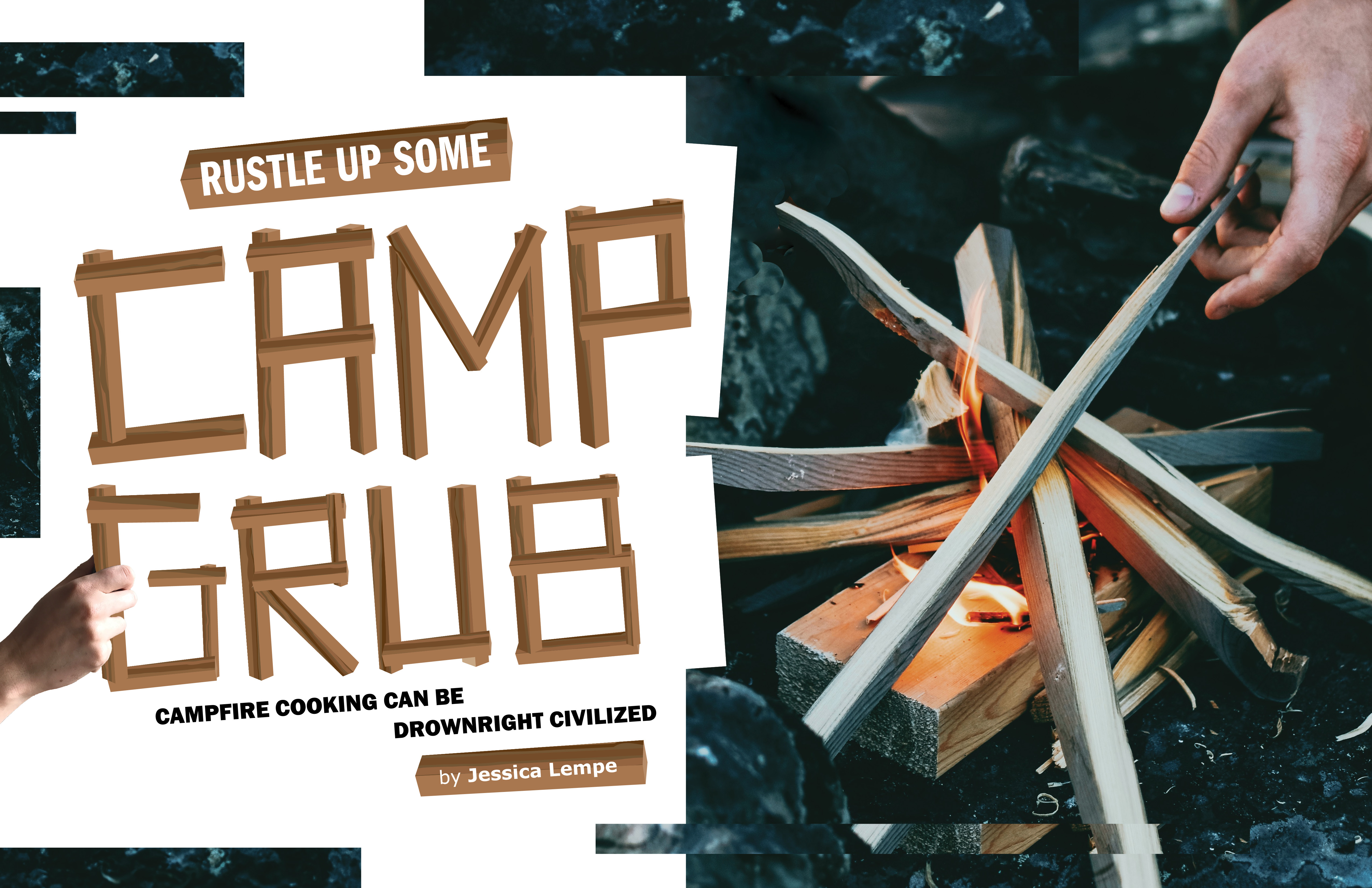 Title
Rustle up Some Camp Grub

Design a two feature spread about cooking in the woods using a compelling type treatment and imagery to engage the viewer.

This project is part of a prototype magazine called Tented. The first opening spread of the magazine is called Rustle up Some Camp Grub where it carries a simple imagery and a playful typography made out of pieces of log; connecting both spreads and giving a camp feeling. Both the typography incorporated and imagery used campfire logs. The idea behind this was to incorporate logs and fire to entice the viewer of the idea of cook time is about to start.

The final result was able to attract the attention of the viewer creating interest in the typographic treatment and the congestion of the elements translating into how messy yet fun can be cooking in the middle of the woods.