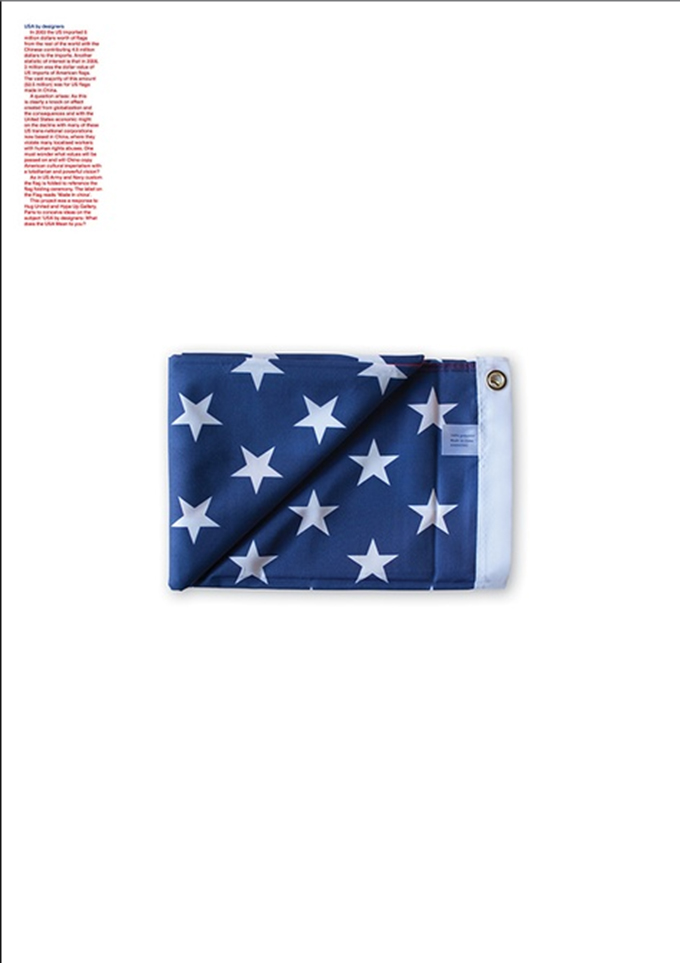 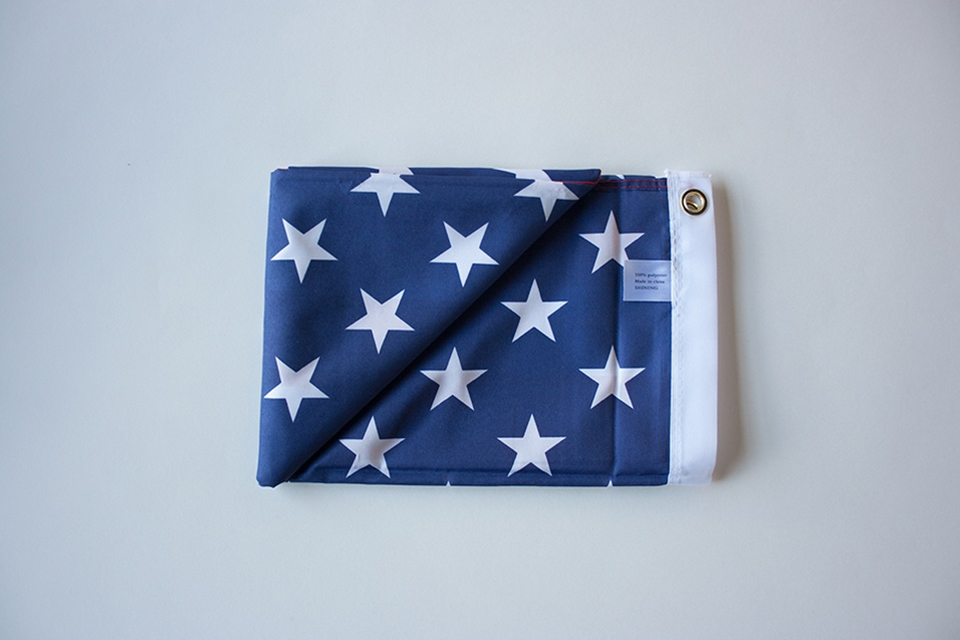 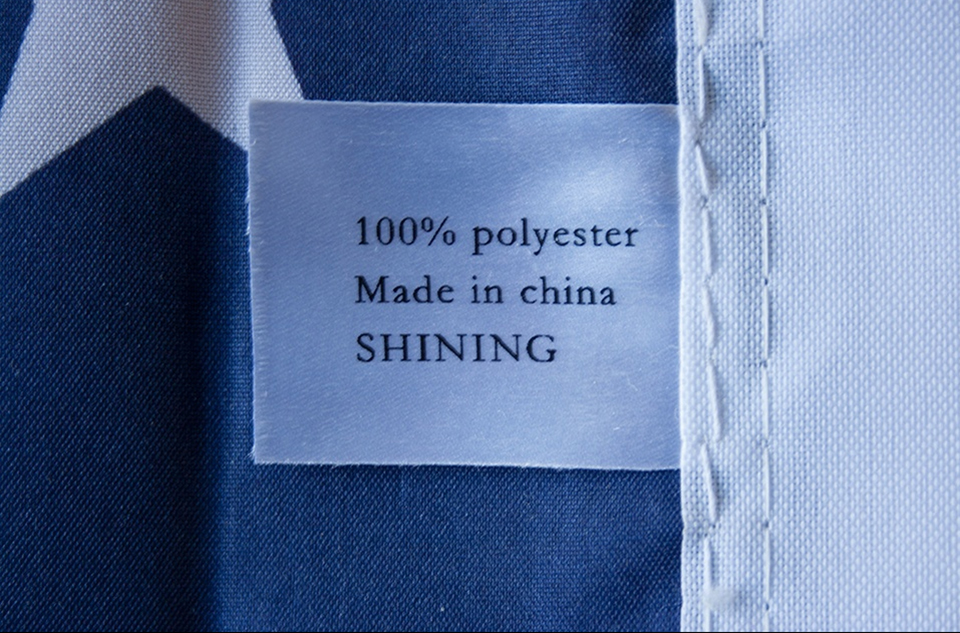 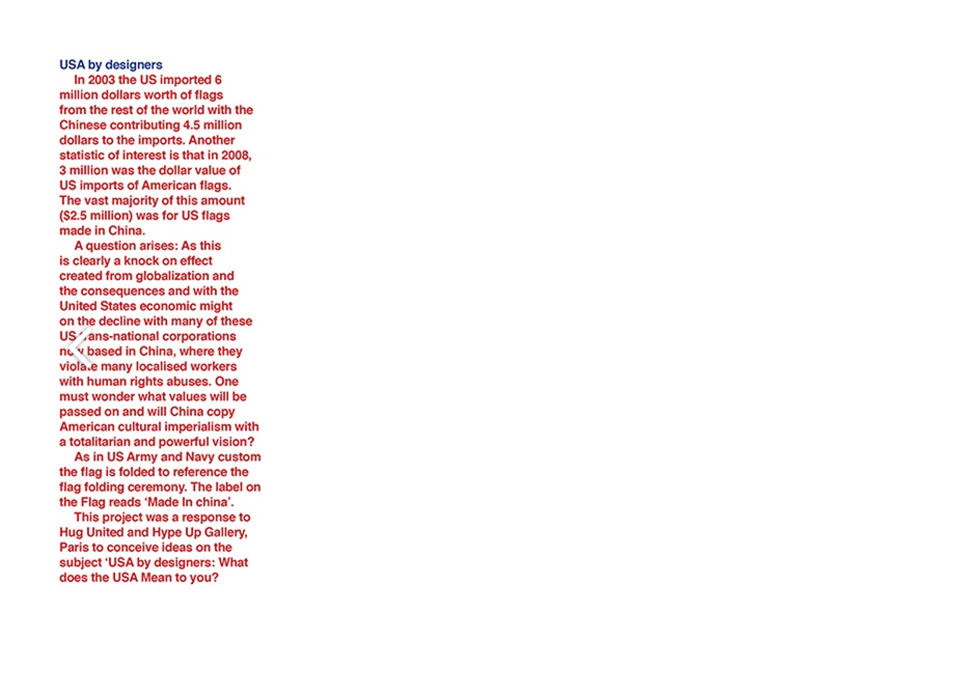 This project was a response to Hug United and Hype Up Gallery, Paris to conceive ideas on the subject ‘USA by designers: What does the USA Mean to you?

“I can’t believe it,” said Jennifer Haught of The Huntington Post. “It says American Patriotism right on the label and then ‘Made in China.’ That’s crazy. Why would they do that?” In 2003 the US imported 6 million dollars worth of flags from the rest of the world with the Chinese contributing 4.5 million dollars to the imports. Another statistic of interest is that in 2008, 3 million was the dollar value of US imports of American flags. The vast majority of this amount ($2.5 million) was for US flags made in China. A question arises: As this is clearly a knock on effect created from globalization and its consequences and with the United States economic might on the decline with many of these US trans-national corporations now based in China, where they violate many localised workers with human rights abuses. One must wonder what values will be passed on and will China copy American cultural imperialism with a totalitarian and powerful vision?

As in US Army and Navy custom the flag is folded to reference the flag folding ceremony. The label on the Flag reads ‘Made In china’.