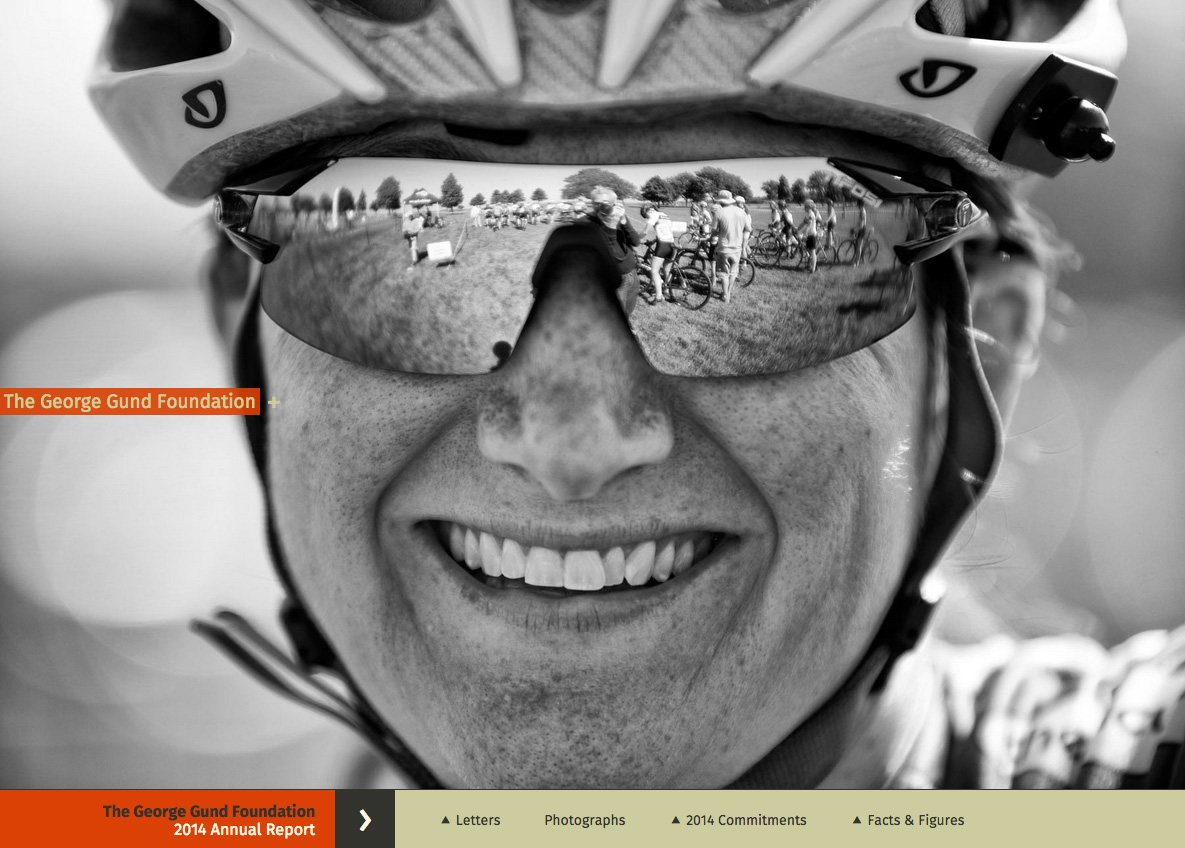 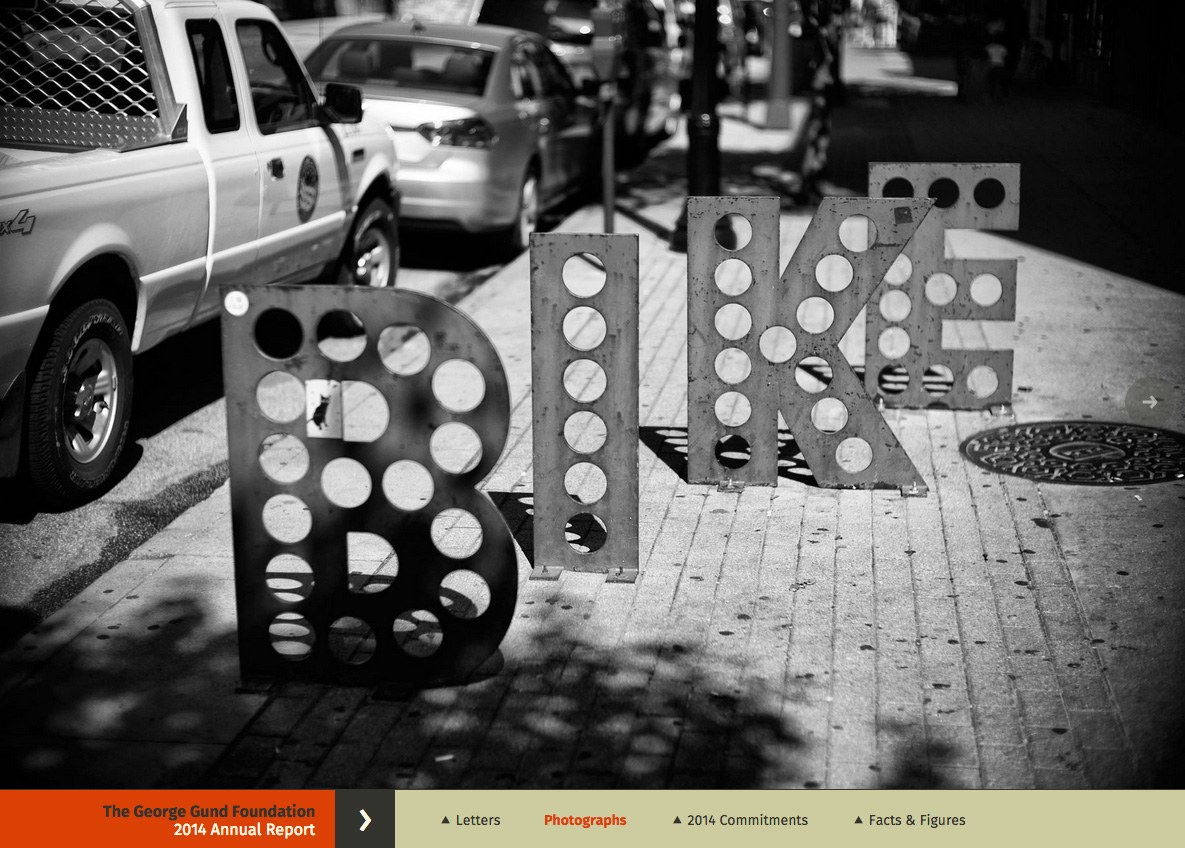 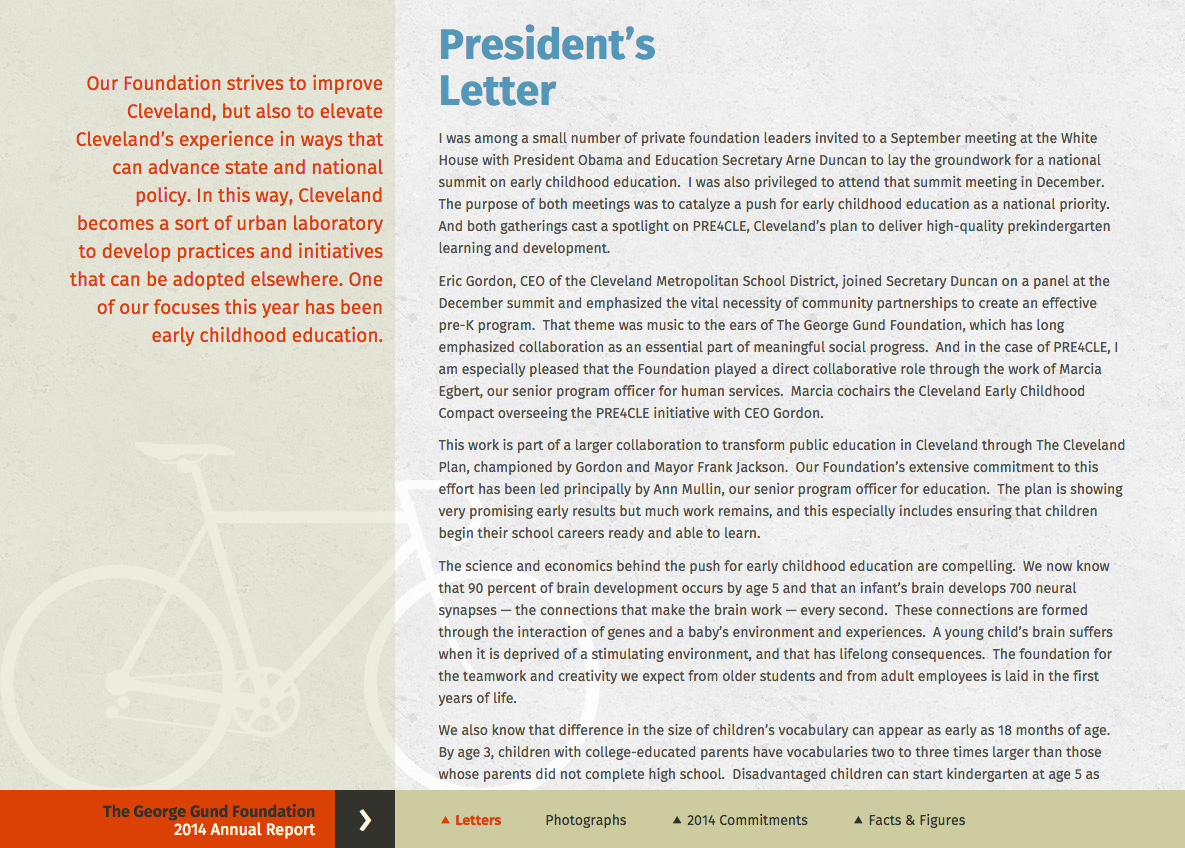 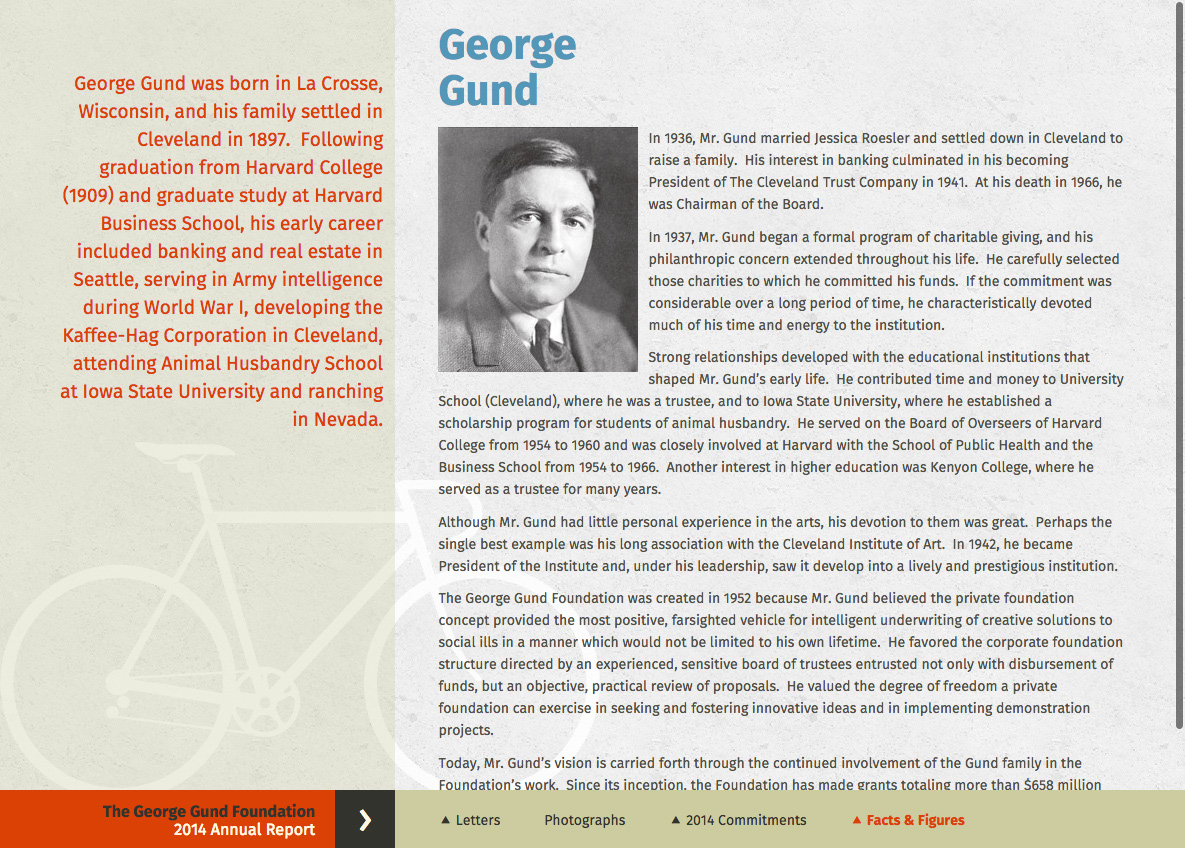 The George Gund Foundation was established in 1952 as a private, non-profit institution with the sole purpose of contributing to human well-being and the progress of society. For the past 7 years, Nesnadny + Schwartz (N+S), has created The George Gund Foundation’s online annual report. The firm’s role has been to develop the conceptual and visual theme, create the overall design, and manage production from inception to launch.

The George Gund Foundation required an online annual report that would effectively articulate its activities, achievements, and goals for the 2014 year. Additionally, the project needed to describe the Foundation’s grant-making initiatives to its various constituents, including grant recipients and applicants, trustees, other foundations and corporations, as well as various local, state, and national governmental agencies. To communicate the 2014 annual report theme of biking in Greater Cleveland, N+S and commissioned noted photojournalist David Burnett, who focused his well-traveled lens on the vitality and diversity of Cleveland’s rapidly growing cycling community.

The 2014 George Gund Foundation Online Annual Report has received praise from foundation donors, grant recipients, and other constituents, and has been critically acclaimed for its respectful use of fine art and journalistic photography, and thorough coverage of the Cleveland biking culture.