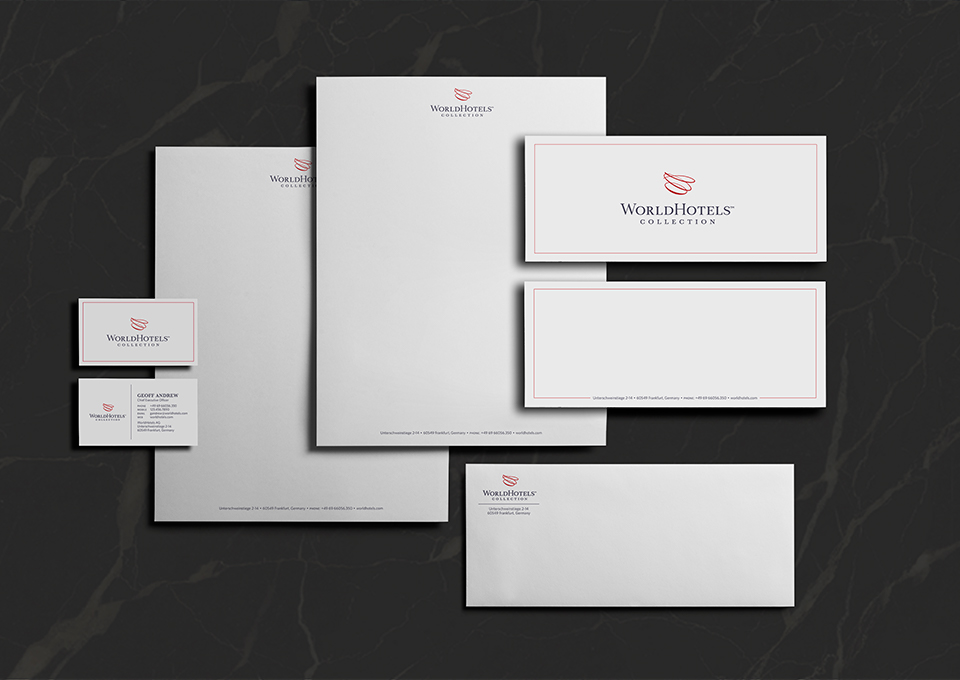 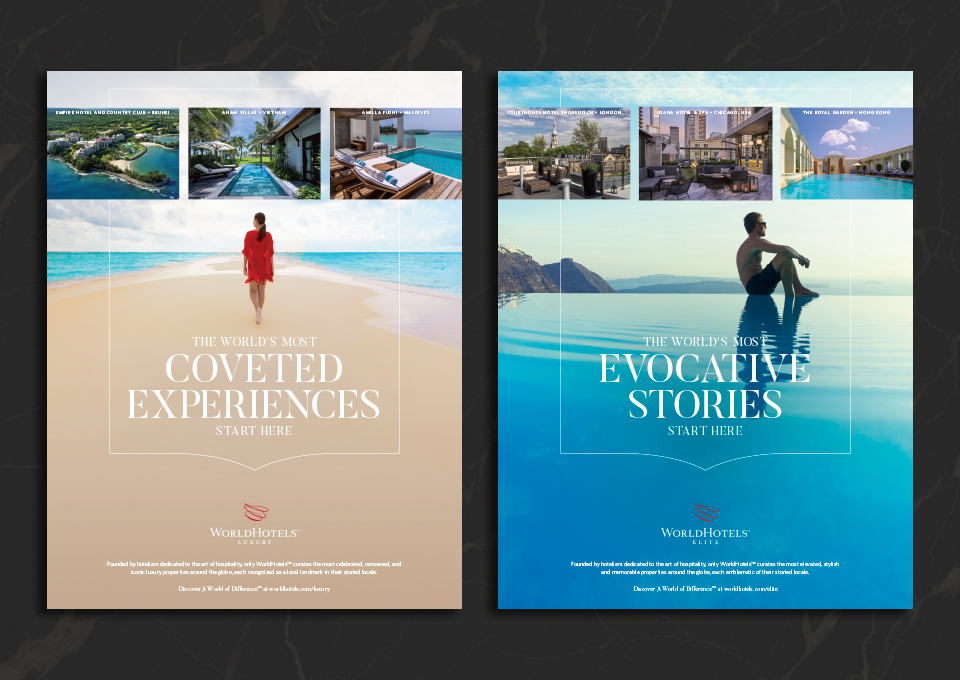 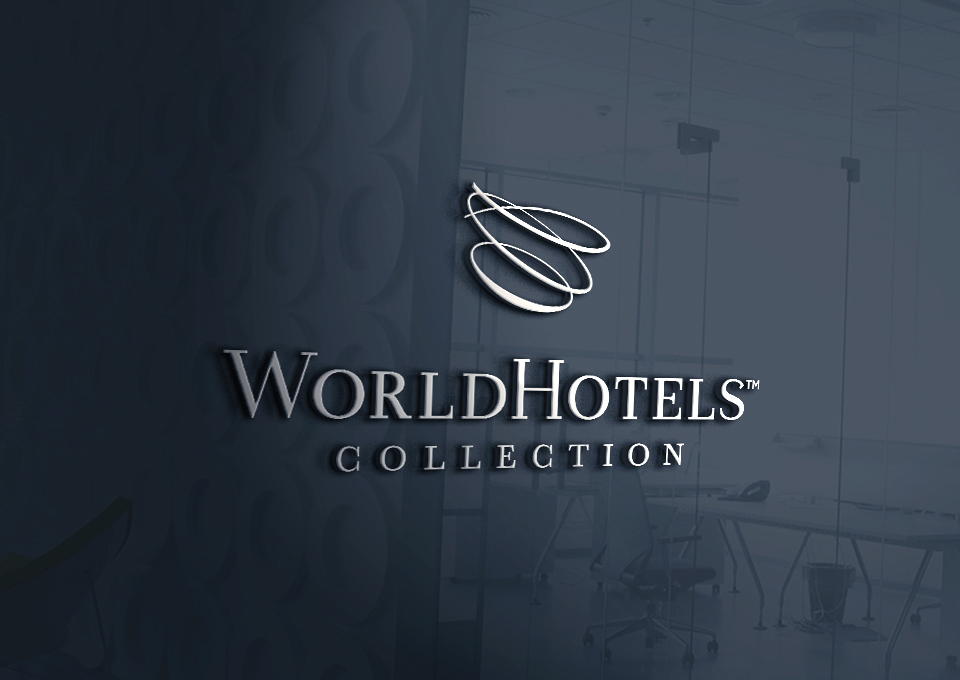 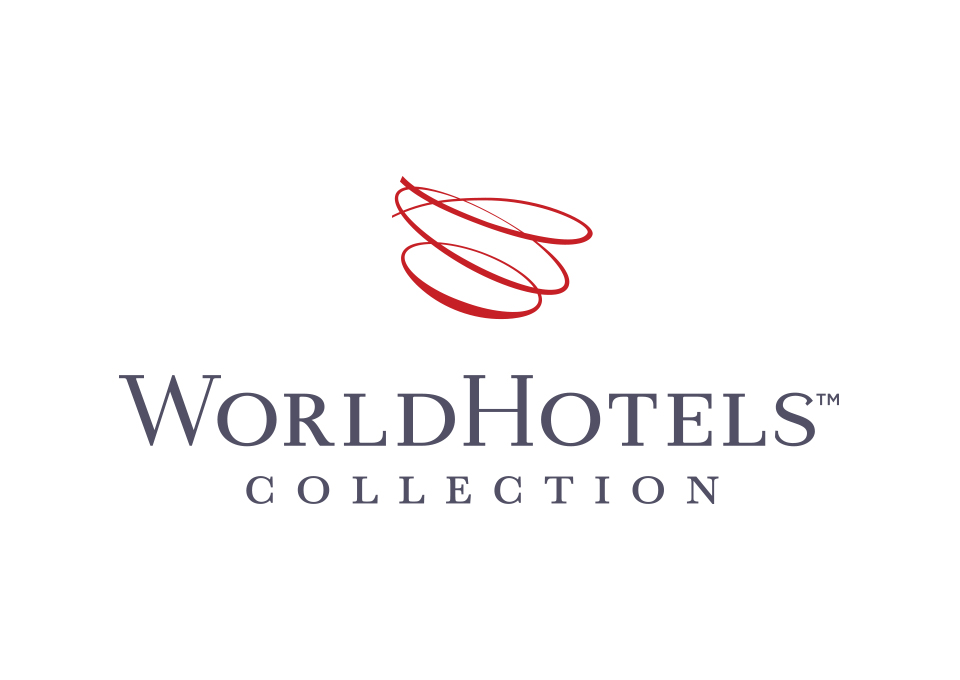 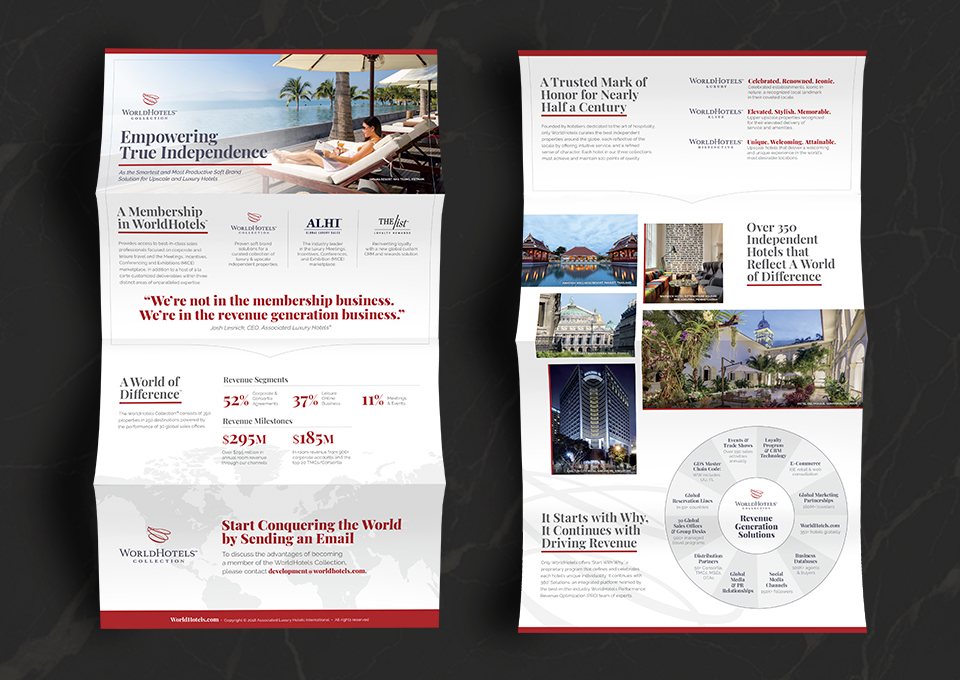 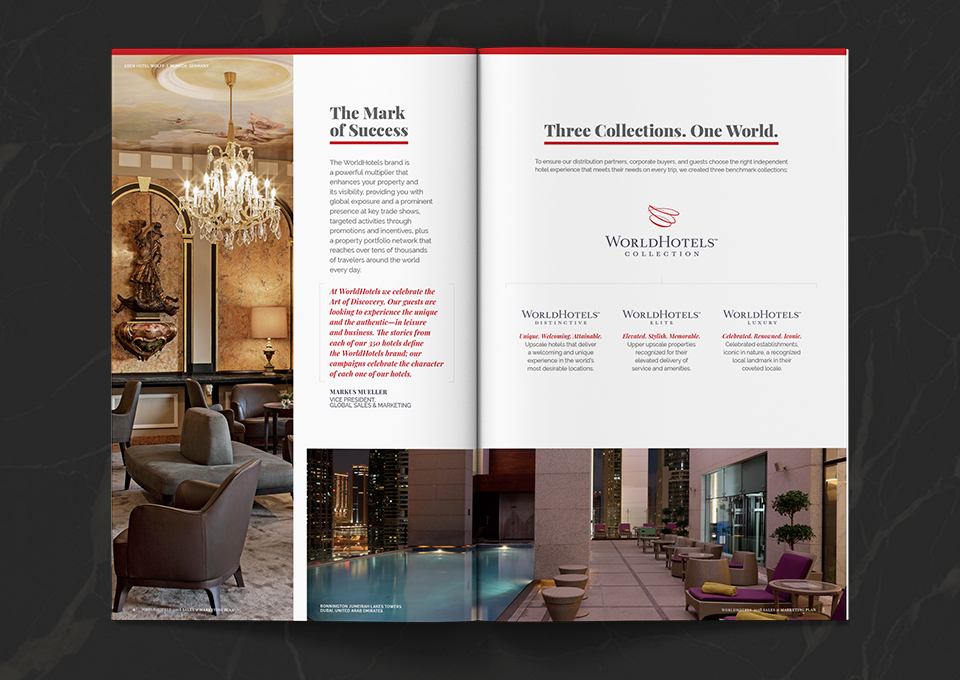 After 47 years and several limited re-brands, WorldHotels wanted to craft a more timeless brand identity. Their goal was to contemporize their image, while bringing their brand into alignment with their impressive portfolio of hotels and resorts around the world. To achieve this goal, they turned to Brigade for a complete repositioning of their brand.

The previous WorldHotels logo was a type treatment and lacked the gravity and flexibility of a brand mark. Brigade concepted and designed a brand mark inspired by the idea of traveling the globe. Constructed of a single line of varying weight, the mark is meant to feel energetic yet elegant, sophisticated yet accessible. It tells a story of movement and while it echoes the shape of the globe, it still feels proprietary and exclusive to the WorldHotels brand.

WorldHotels also needed its type to communicate more clearly in different markets and languages. Their name does not include a space between World and Hotels, and previous logos made it hard to distinguish between the two words. One of the simplest and most powerful design changes was to make the W and H larger than other letters, creating clarity for the reader. A contemporary serif was used to emphasize timelessness as well as modern luxury. We also added ‘Collection’ to the logo, providing a mechanism to succinctly show that WorldHotels is singular global fixture made up of many international hotels. This mechanism also empowered the brand to innovate a new name-based tier system of categorizing their hotels.

Our team also defined a new visual language for WorldHotels. We created two brand colors for the client—Worlds Red to evoking feelings of energy and creativity, and Slate Grey to suggest reliability and sophistication. We designed brand rules and visual elements to compliment the new brand logo, and used these design elements in all of the collateral with the goal of consistency at every touch point—from brochures, to powerpoint presentations, to magazine ads. All of this was done to communicate the magnitude of the brand and its global reach.

In early 2018, having integrated our newly designed visual identity into their online and print materials, the WorldHotels Collection re-launched their brand at their international conference in Shanghai. The response was immediate and overwhelmingly positive. Because the work so succinctly responded to each of their design challenges, the client had nothing but positive reinforcement of the work, and the new brand identity received widespread support from WorldHotels Collection owners and clientele. It is currently being rolled out across the globe.