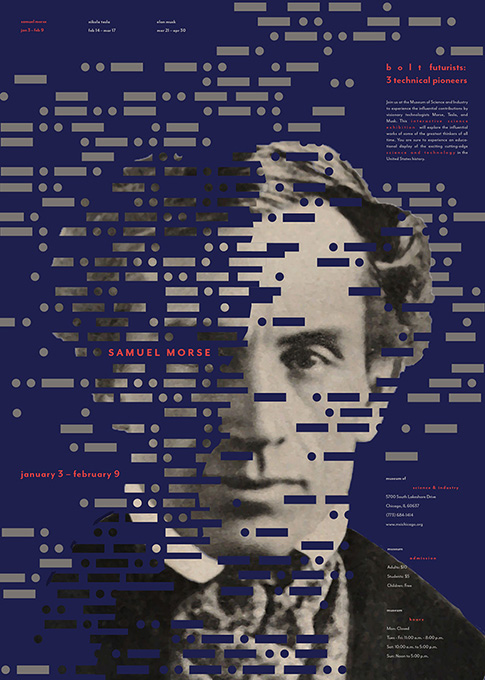 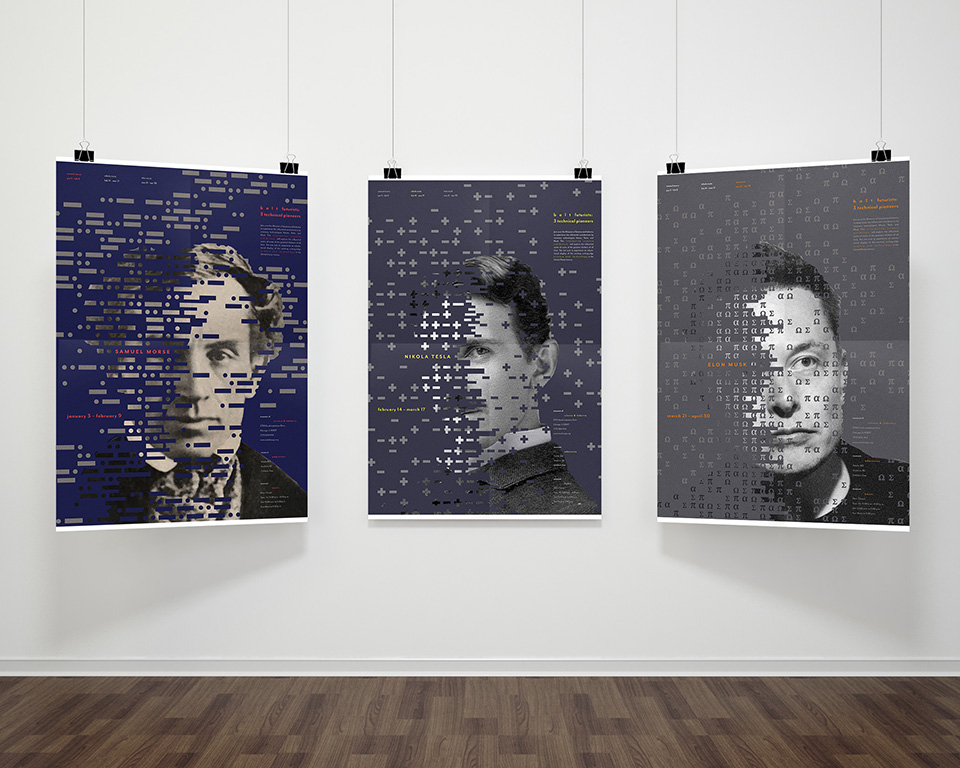 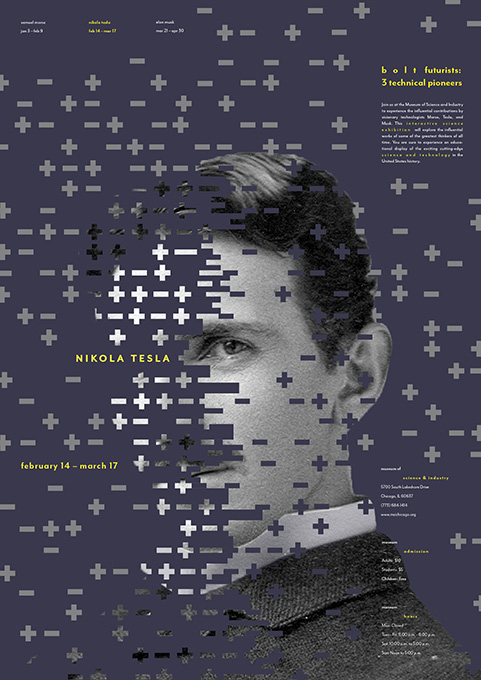 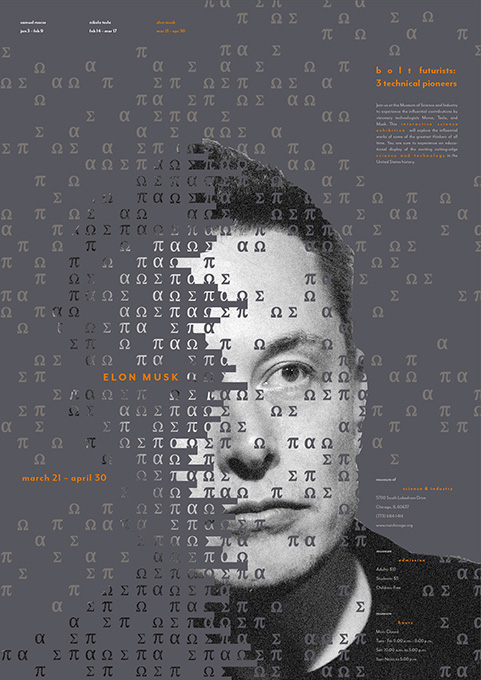 In this assignment, we were required to create a series of 3 posters advertising a hypothetical exhibition about the life and work of three scientific visionaries at the Chicago Museum of Science and Industry. This ongoing exhibition consisted of 3 segments, each segment highlighting the work of either Samuel Morse, Nikola Tesla and Elon Musk.

When approaching this project, I worked with the concept of "Manic Makers." Each of these technical pioneers shook the world with their big ideas, and transformed their respective fields with one particularly influential invention. However, this genius came with a side of crazy. Their work and vast intellects began to cloud their sanity and blind them to who they are without their work. In other words, they are, or were, their work.

To communicate this idea, i juxtaposed black and white portraits of each person with a symbol that represented their most successful endeavors. For Samuel Morse, the symbols were Morse Code to represent his invention of the telegraph. For Nikola Tesla, the symbols were plus and minus signs to represent his work with alternating currents, which led to the later development of batteries. For Elon Musk, I created mathematical symbols representing things like acceleration, speed and velocity, which are used in complex math and physics equations, to represent his work in the field of transportation.

I then used clipping masks to assist in creating the effect of the symbols fading into their faces, which helps to communicate the idea of the visionaries "being" their work. The background color is a cool, sleek purple which conveys the industrial aspect of their work and complements the tone of the black and white portraits; the purple depreciates evenly in saturation and increases slightly in brightness across the series but remains constant in hue. This purposes to represent the progressive dawning of new ideas come about in the world since Morse's time. This purple is paired with a warm toned, highly saturated spice color in the text that helps to set hierarchy and assist with eye movement around the page.

This project was not created for a particular client, but my professor's consensus on my work was that it was an excellent solution to the proposed design problem. She felt that I had successfully followed through on my concept direction, and approved of the color palettes and symbols being used to communicate this concept. She stated that the typography of the poster was done very well, and that it articulated a clear hierarchy even among the smaller body copy.