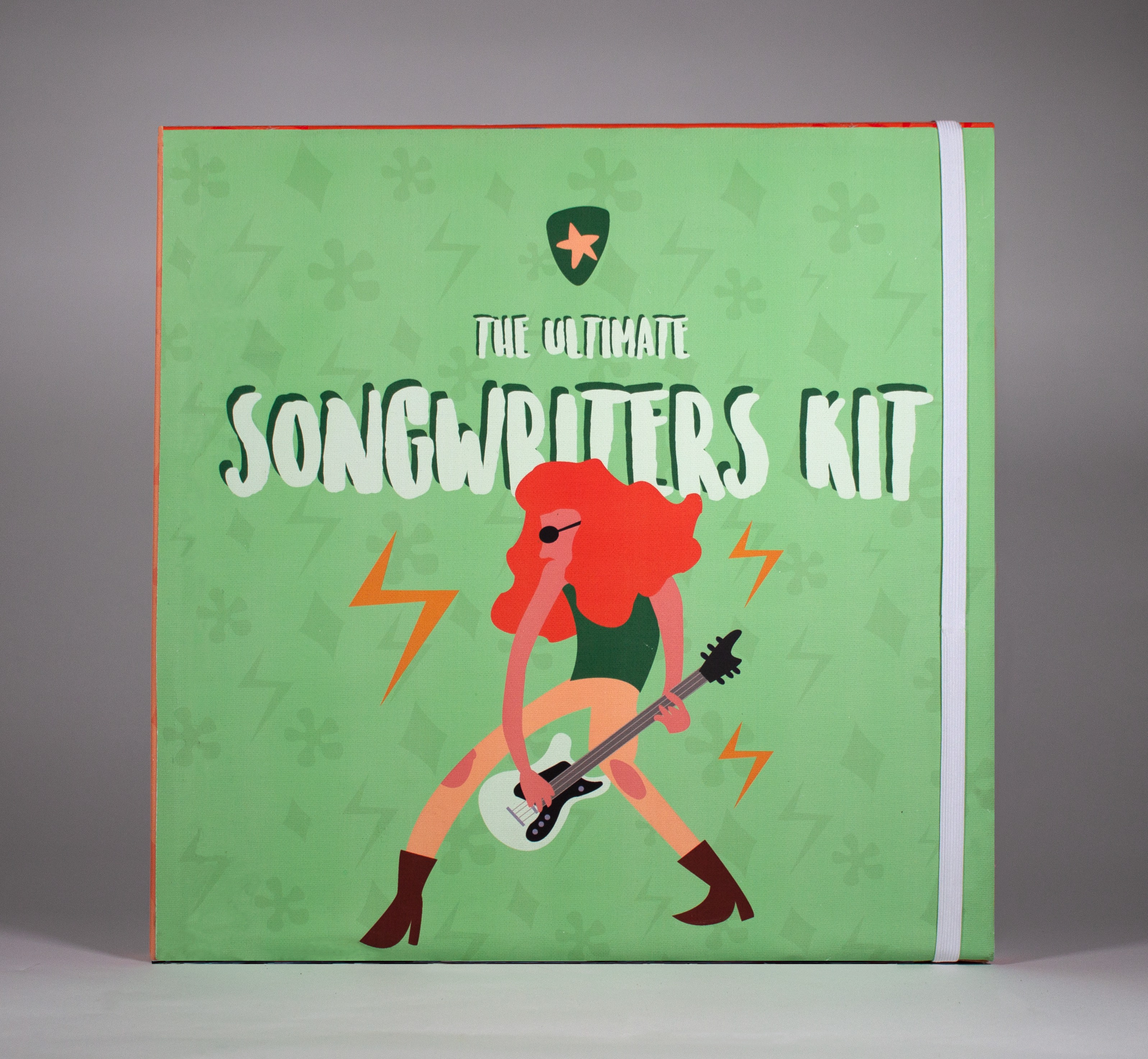 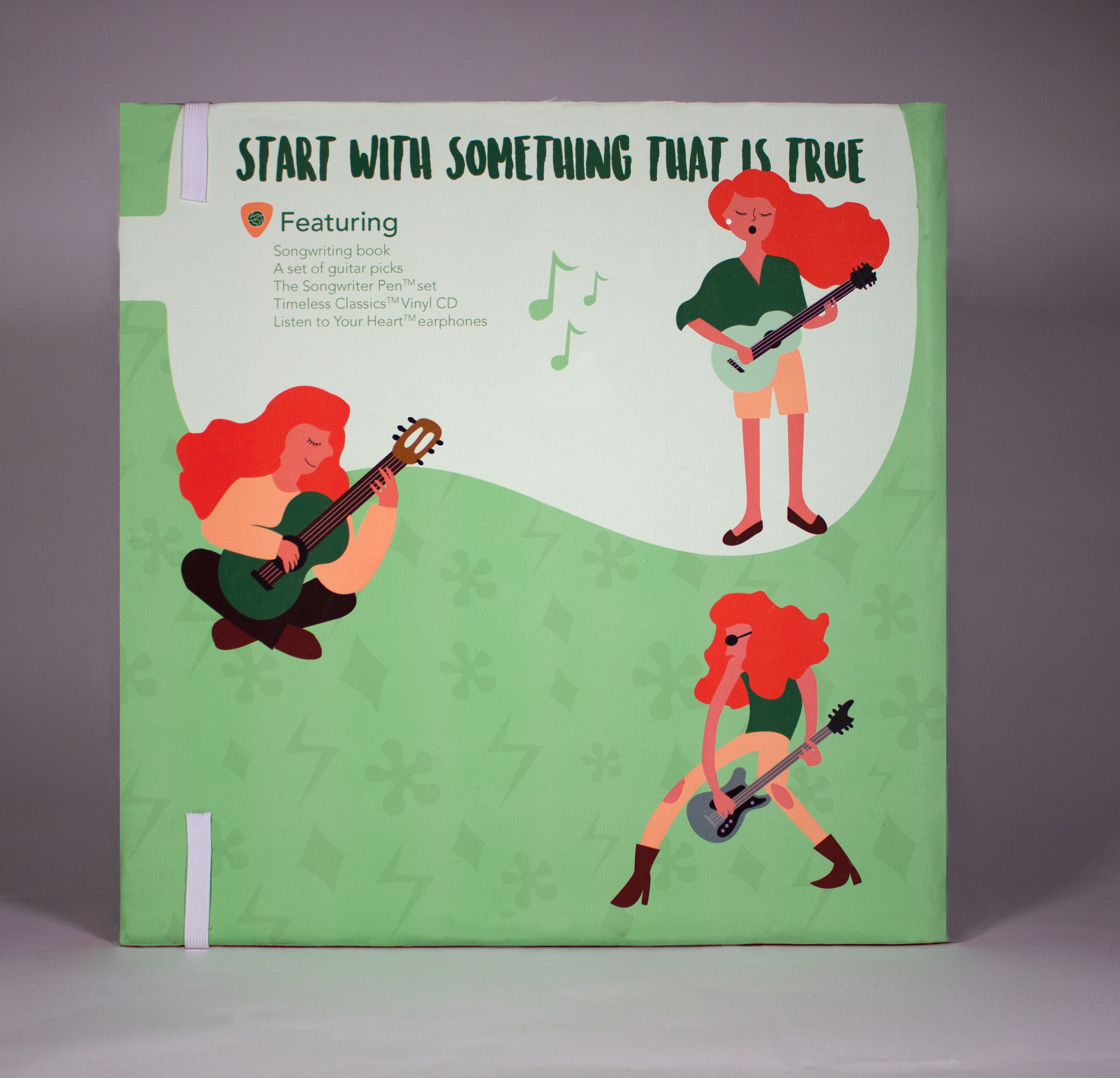 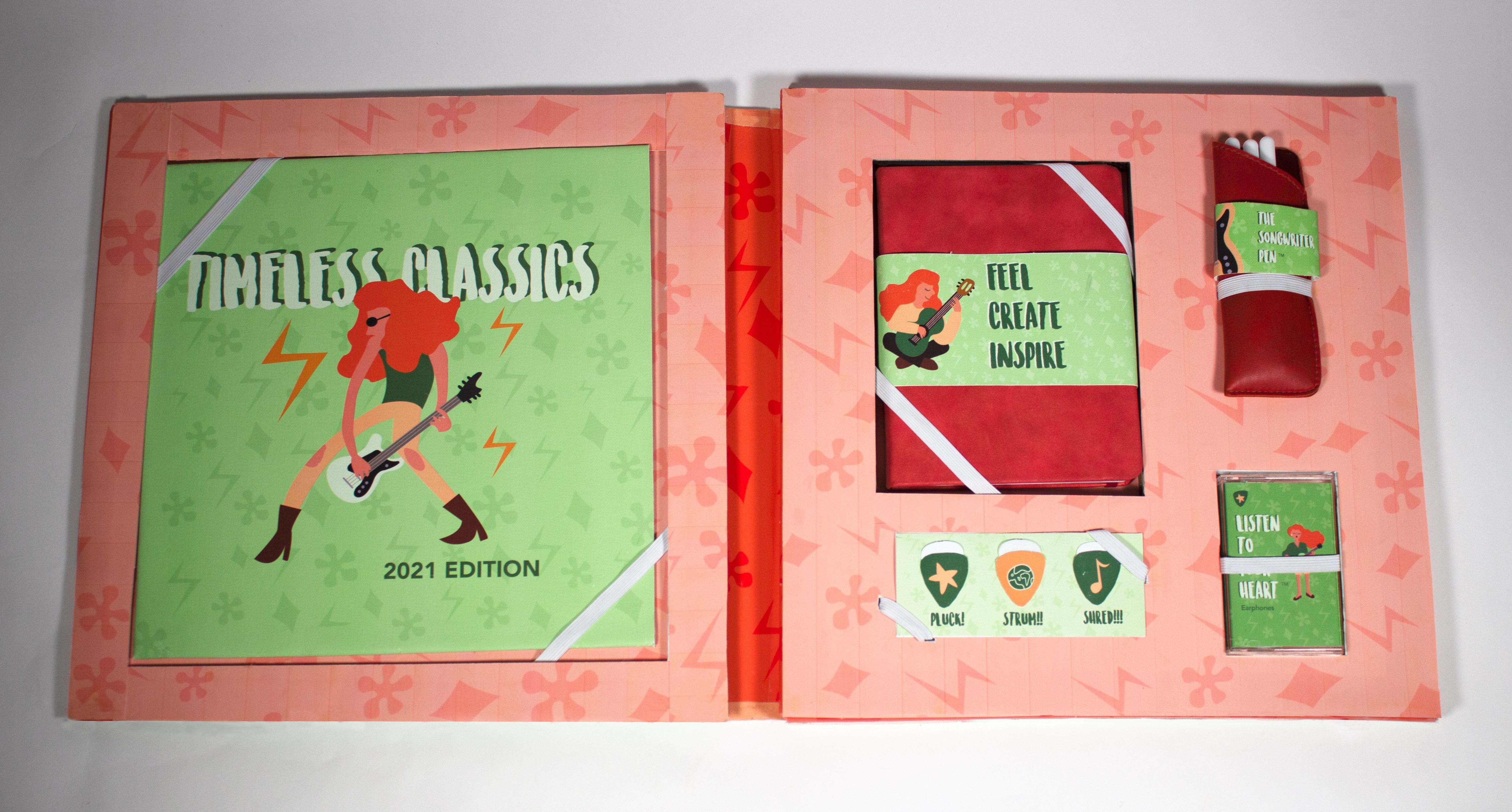 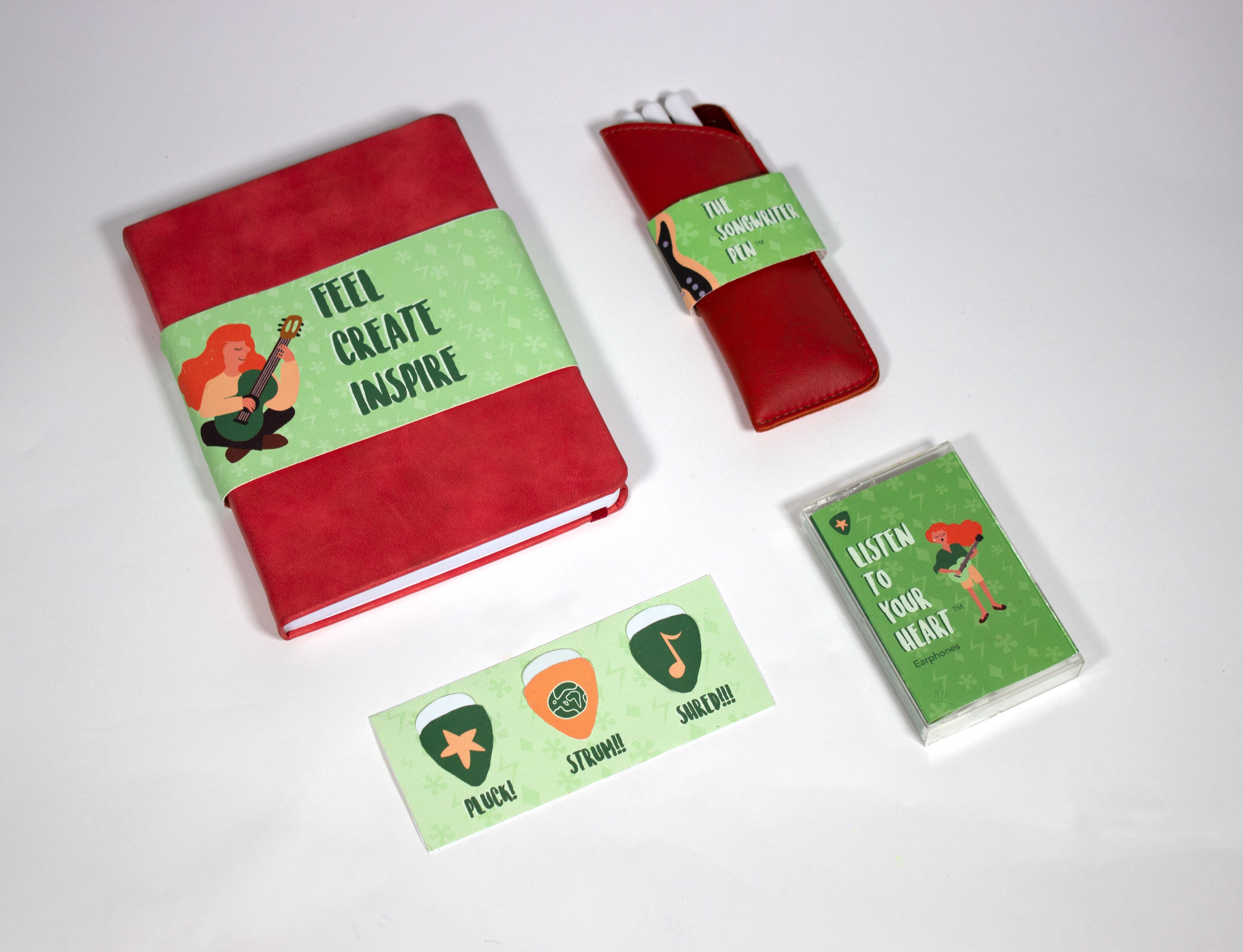 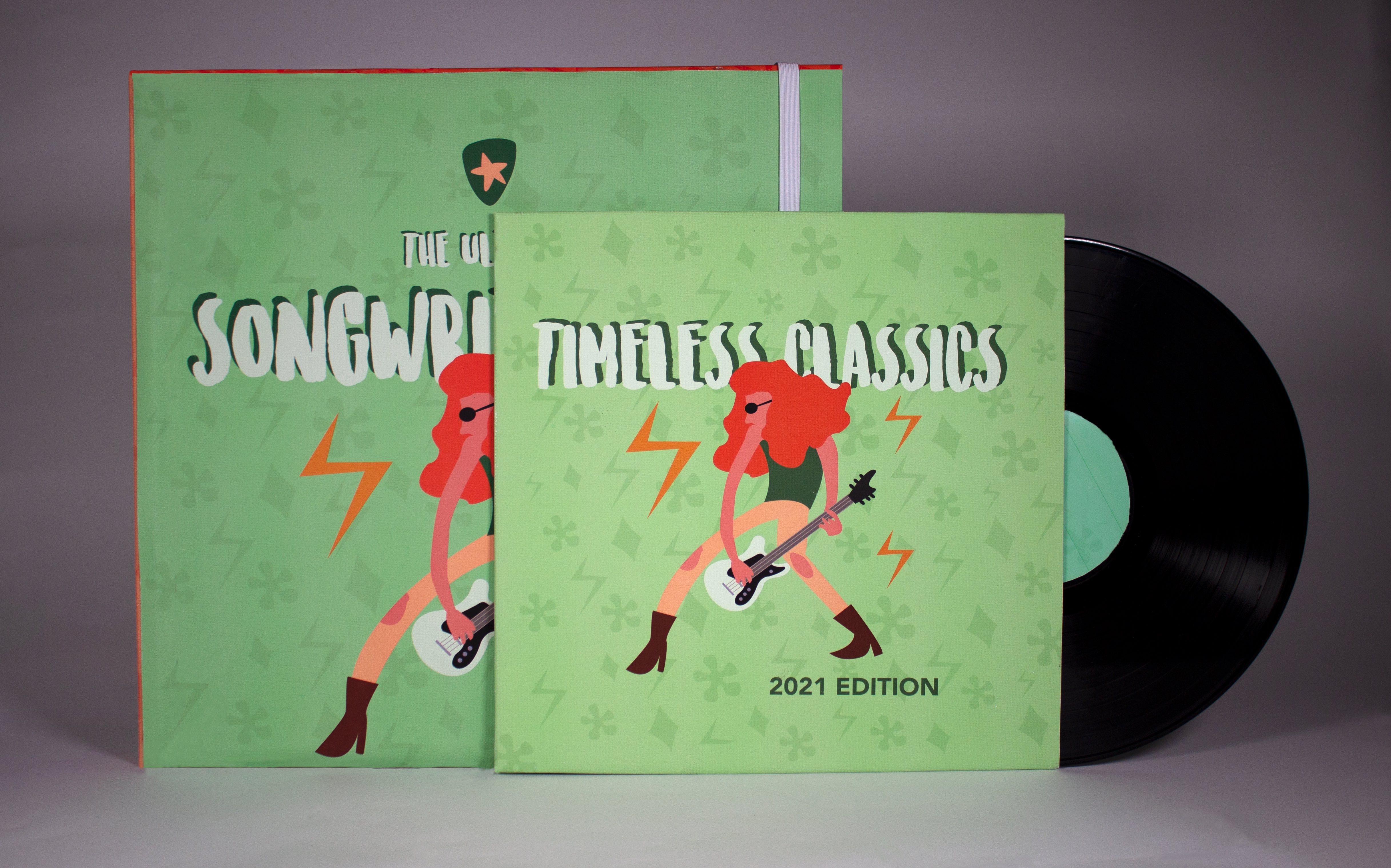 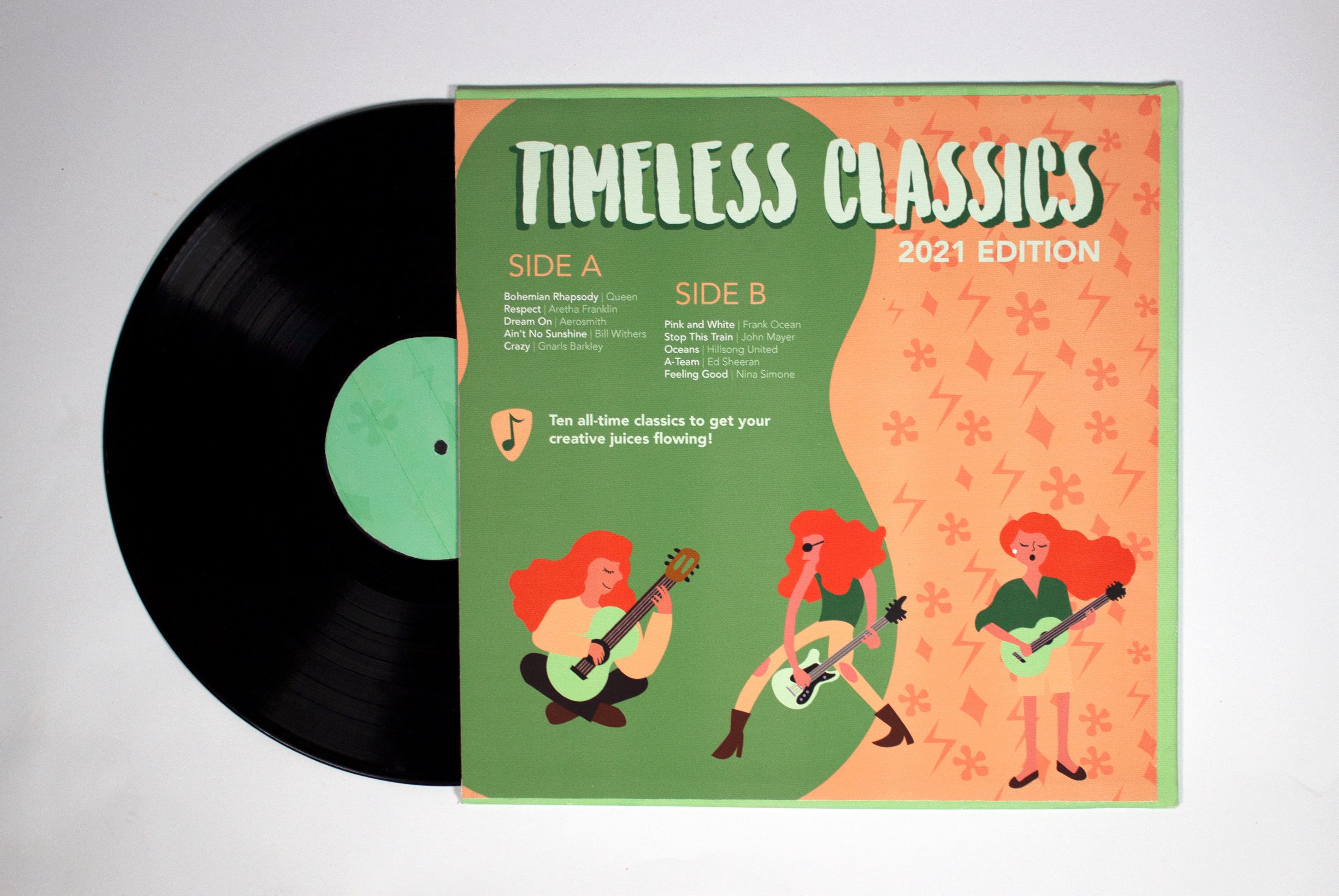 For this project, I decided to create a kit that had all the essentials needed for songwriting. A book and pen for songwriting were the first items I thought of including. Then I knew I wanted to include more items related to an instrument so I debated between guitar picks and a tuner but decided on the picks. I later on decided to add a vinyl and box for earphones. The vinyl included top iconic songs that would inspire the songwriter. After exploring different packages, I decide to go with a book style package instead of designing a box. I used a laser cut machine on foam board to create the inserts as well as the cover and spine of the book. For the pattern, I used the design elements I had created when making the infographic. I also kept the green and orange color scheme I had established. Adding the elastic band on the case was the final touch to keep the package together.

I am proud of the way this project came out. It was the most technical I have done so far, in the fact that it involved a lot of hand craftsmanship. I also I enjoyed the fact that I was able to tailor the project towards my self interests since I love making music.