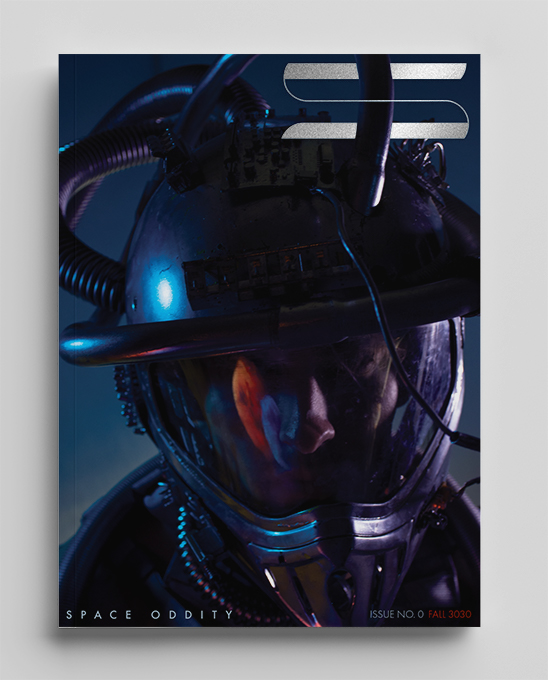 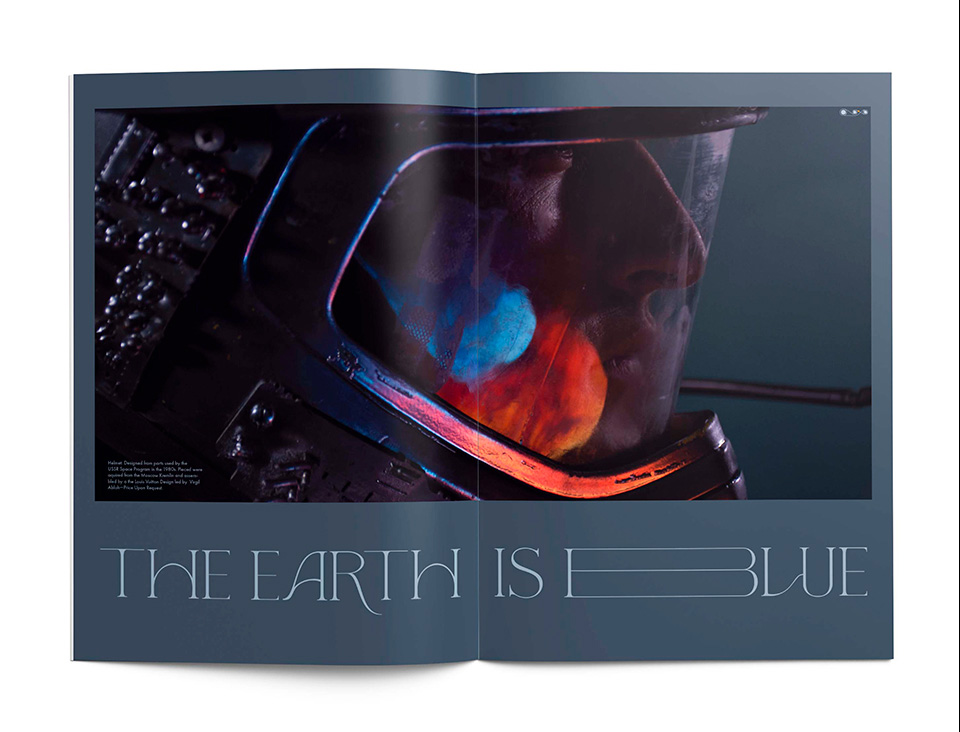 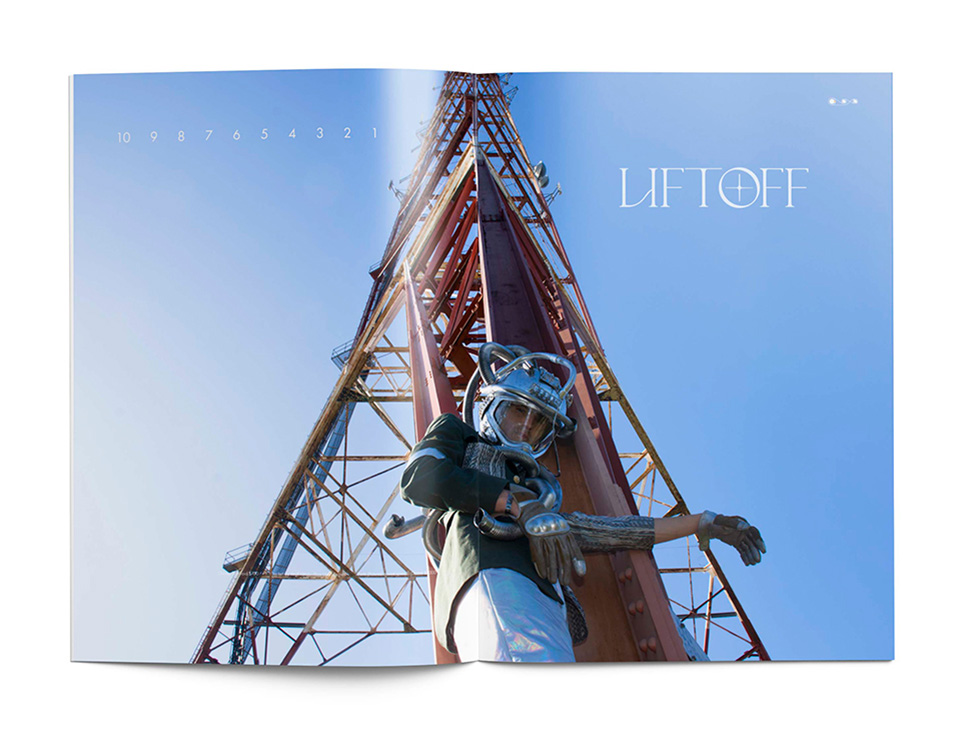 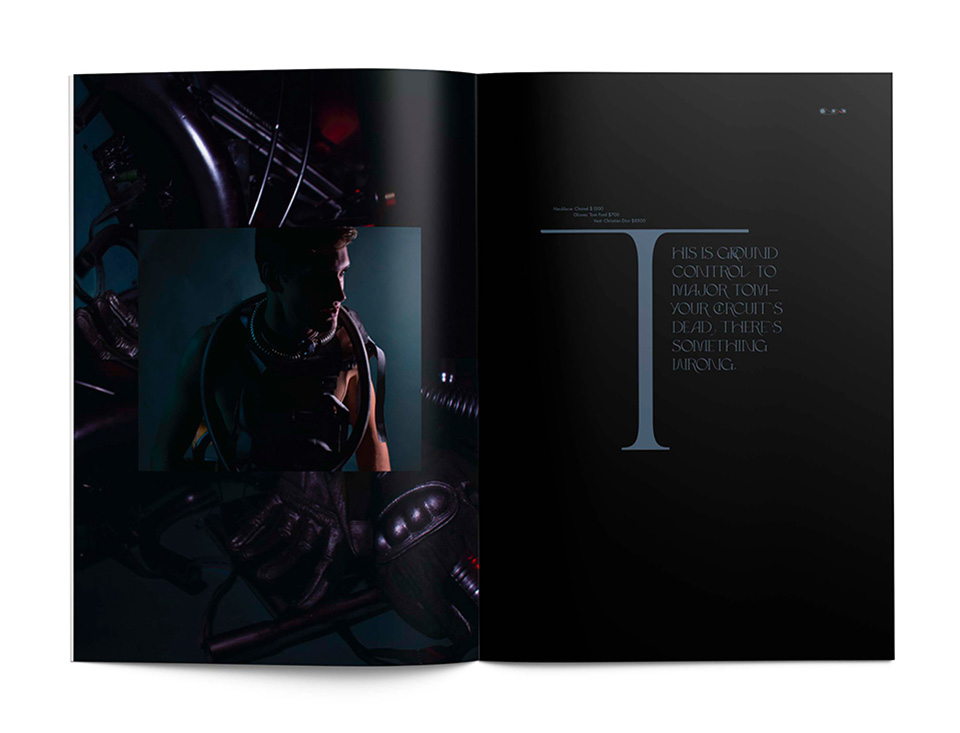 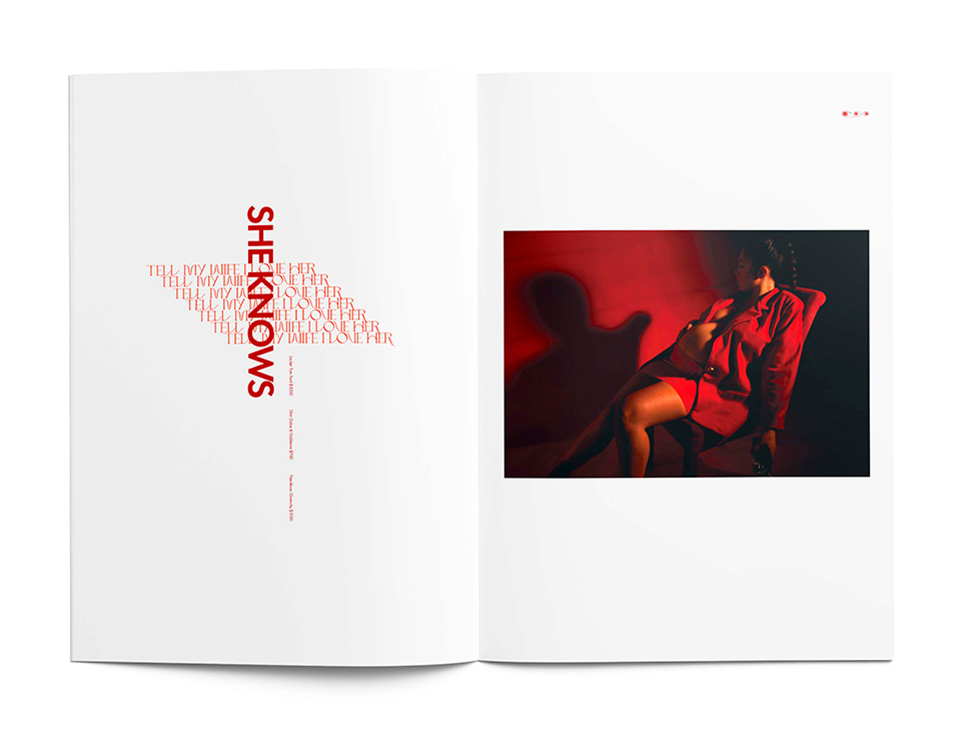 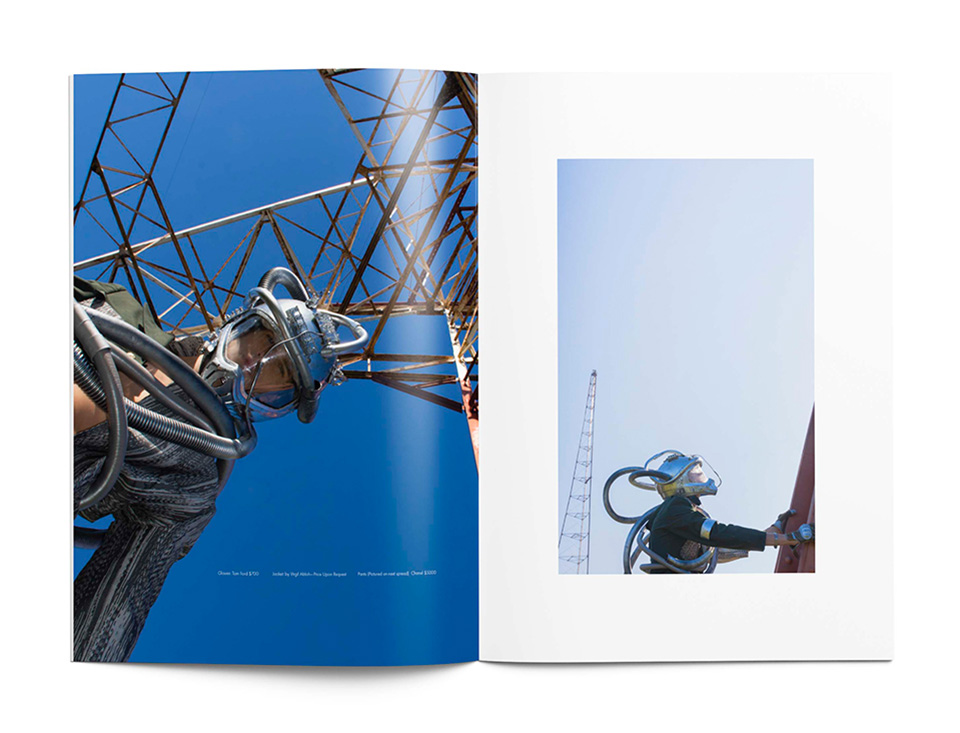 The assignment was to create a 5 spread Fashion Magazine. The constraint was that the magazine had to follow a sequential narrative. All design aspects, from photography, lighting clothing, and typography had to be conceptualized and executed by us.

While most of my classmates chose to adapt storylines from movies, I wanted to adapt a song instead. My thinking was that movies already had such a defined visual language that it would be hard to break out of. I started out by creating mood boards for costumes, lighting, set design, and layout. Simultaneously, I was beginning to sketch out what I wanted my magazine to look like. I wanted to tell an original story through color (while paying homage to Bowie’s masterpiece.) The magazine opens with bright blue‚ representing Major Tom’s hope and sense of calm towards his upcoming journey. The bright red signifies Tom’s wife and their familial crisis. In the later part of the mag, Tom descends into chaotic indecision, plunging the magazine into a deep red/orange. I was at home during this semester, which made sourcing models difficult. It also meant that I had to create my own photo studio! (In my garage)

The end result was a fresh, futuristic fashion magazine that created appeal through reimagining a classic art rock song from the 70s. All design, photography, and production was done at my parent's home during the pandemic!