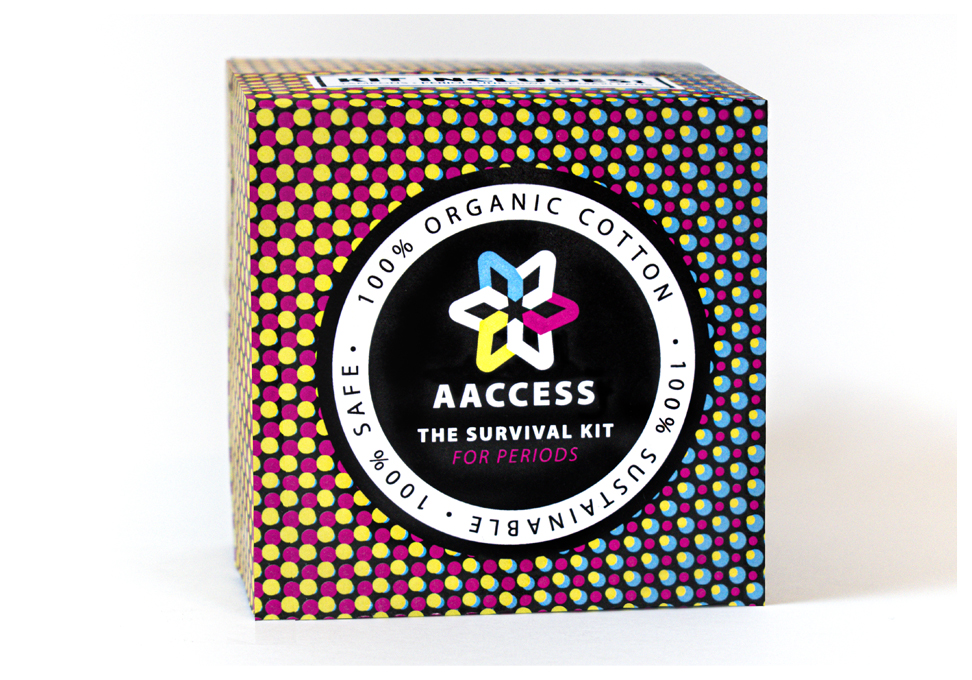 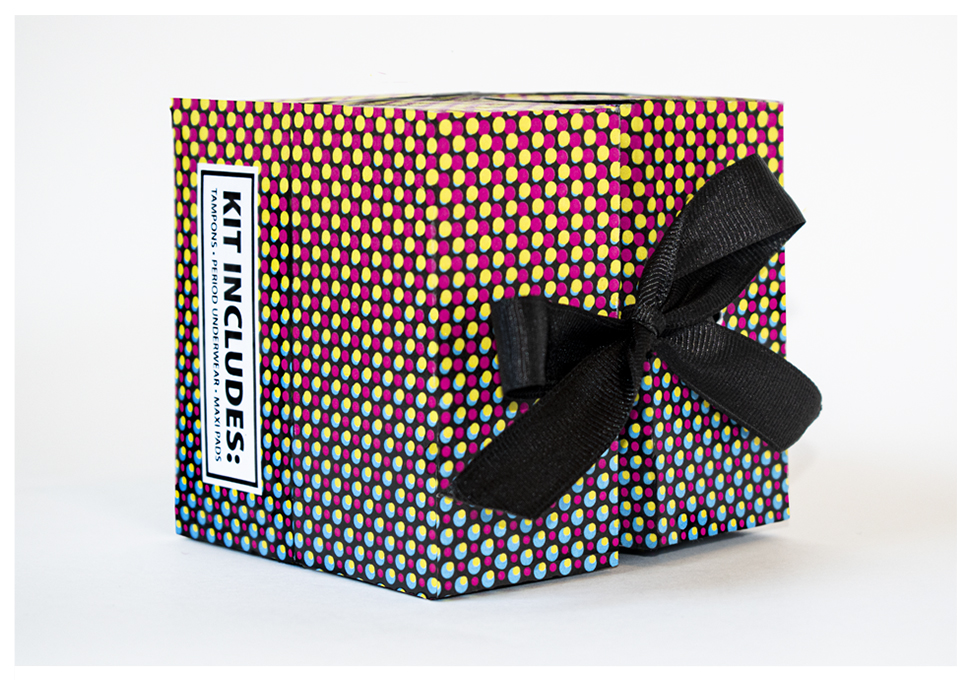 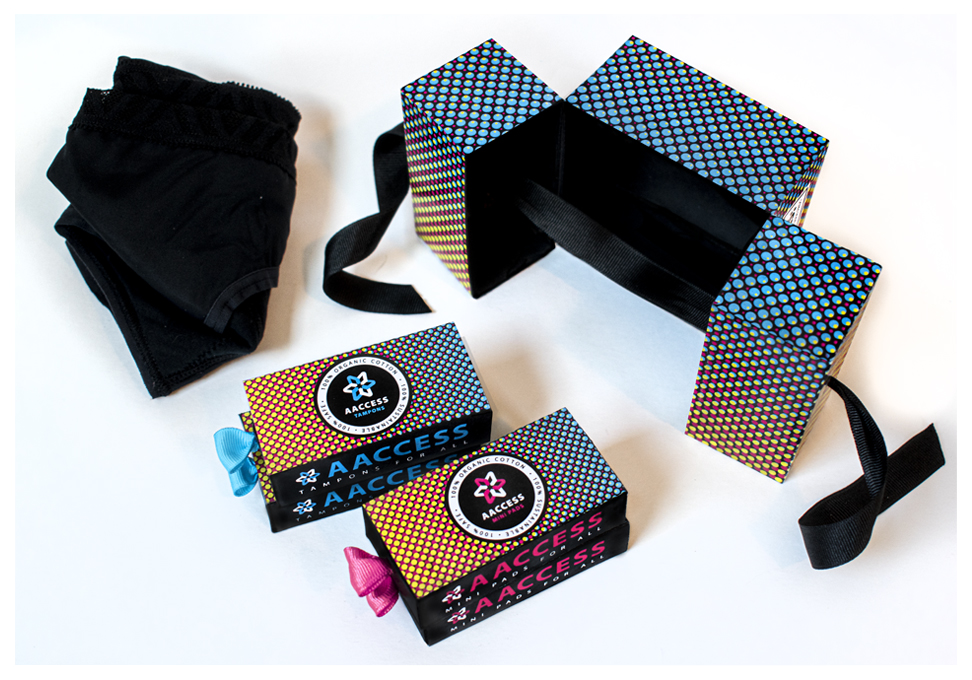 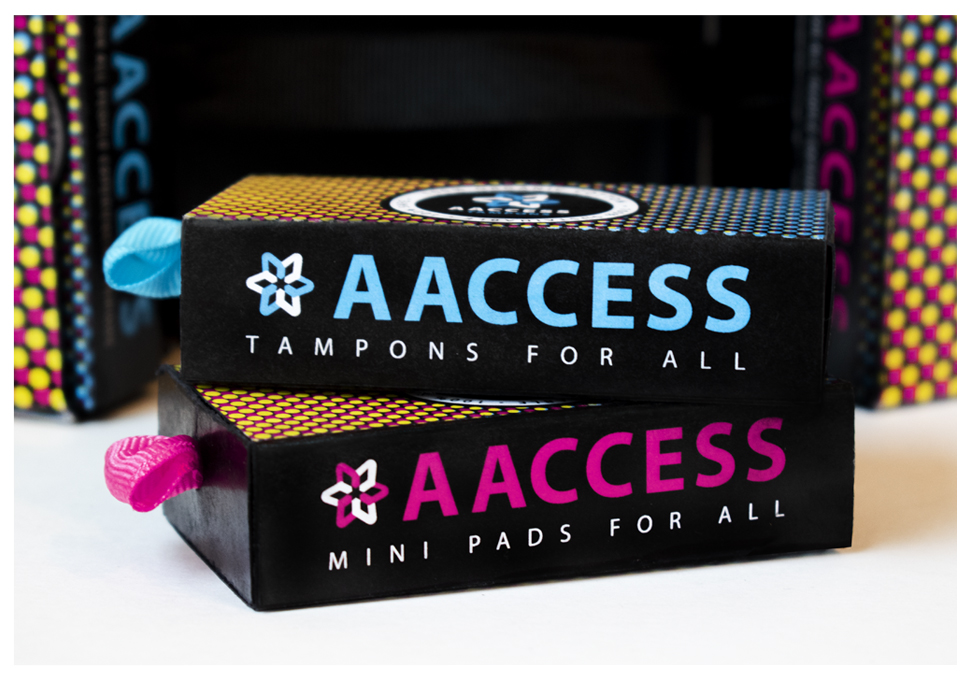 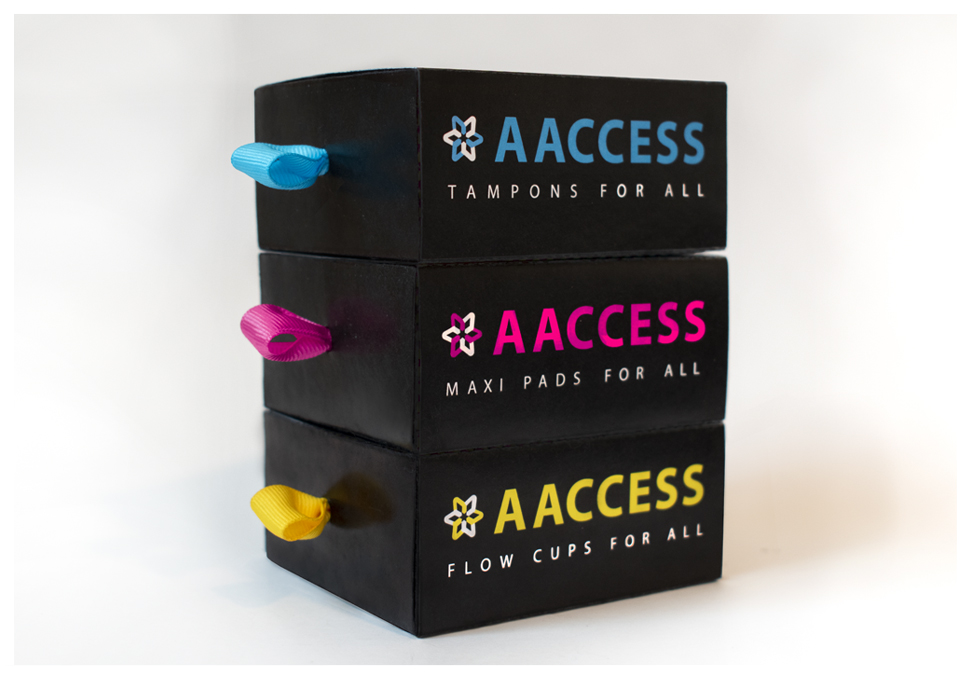 Title
AACCESS: Period Products For All

Planned Parenthood’s name no longer encapsulates all that they do—they offer much more than simply birth control and abortion services—and not everyone who uses those services identify as women. This is why I’ve proposed a rebrand of to “AACCESS”, or Advocates for Abortion, Contraceptive Care, and Education in Safe Sex. The new logo overlaps the “A” in “AACCESS” to form a six-pointed star, one point each representing one of their services, and the color palette has been changed from pinks and blues to CMYK to show their commitment to give “AACCESS to all”—regardless of where they belong on the spectrum.

In my research I discovered that when assigned-female-at-birth genderqueer individuals get their periods they often experience dysphoria, making menstruation even more excruciating. I wanted to produce packaging that was discreet, that wouldn't scream "PERIODS," but the only "gender-neutral" packaging I could find that had been made were bland, unassuming colors that would hide—which I felt wasn't representative of the queer community. I wanted a product that would truly make everyone feel included—without sacrificing personality—so I chose a color palette that would contain every color in the spectrum: CMYK. I then used the palette to create a half-tone pattern that would create an optical illusion, that would visually change as the viewer changes perspective. This half-tone pattern is also a metaphor for individuality within a society, in that each dot has a different color and shape, but they all come together to create a chaotic, yet cohesive image.