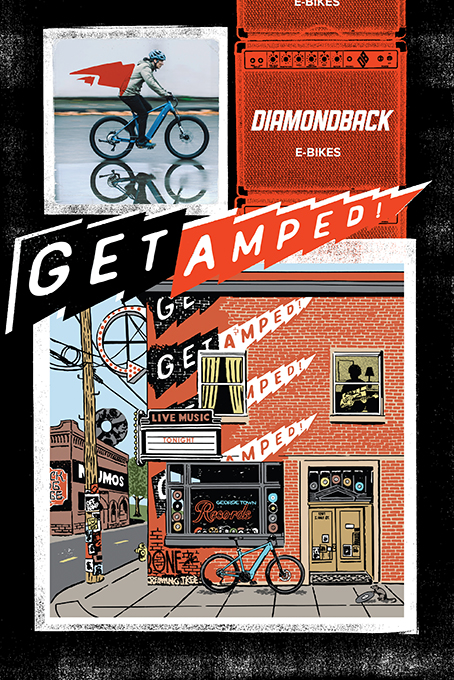 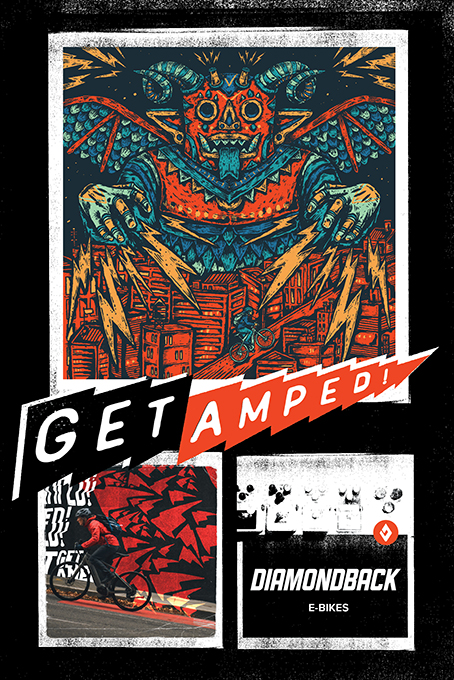 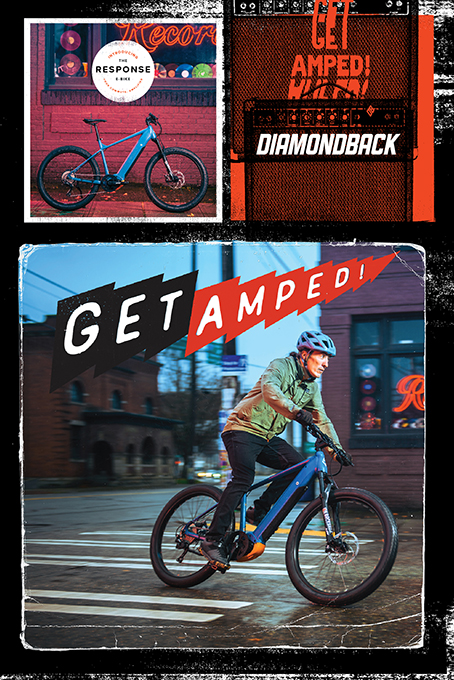 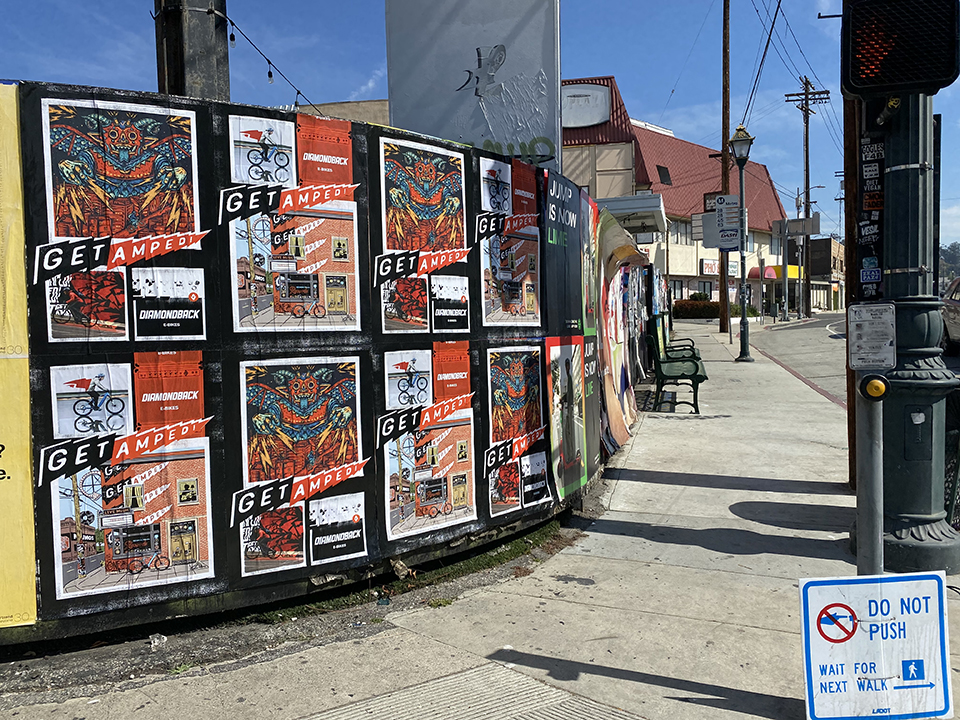 Over the last 5 years Diamondback brand has bolstered its position as a core mountain bike brand. When the bike manufacturer expanded into the fastest growing segment of the bike industry with the launch of its new e-bikes for pavement, it needed some marketing muscle to convey the level of excitement that comes with your first electric bike experience. The campaign, but especially the logo design needed to be more expressive than the competition, which focuses on tech.

To introduce the new line, Diamondback tapped Seattle-based creative agency Okaybro to create a new campaign that would leverage the chops they’ve earned in the mountain bike segment but speak to this completely new audience.

The idea uses music as a touchstone, connecting traditional road bikes to acoustic guitars and these new bikes to their louder and slightly more fierce counterparts, the electric guitar. “Get Amped” plays on that high energy analogy, connecting the feeling of amplified music to the excitement of riding these new bikes. The design embodies the emotion and vibe of the e-bike experience, moving the conversation away from motor specs and battery life.

Web traffic during the week of launch was the highest measured this year and Diamondback experienced more retailer marketing participation than with any other campaign in the brand’s history. All bikes allocated to Brick & Mortar stores pre-sold completely. Even without the benefit of a waitlist typical of a new release from existing product lines, the website sold all available bikes within 2 weeks. This is significantly faster than was expected given a higher price point that tends to have a much longer path to purchase). The bikes currently are sold out.