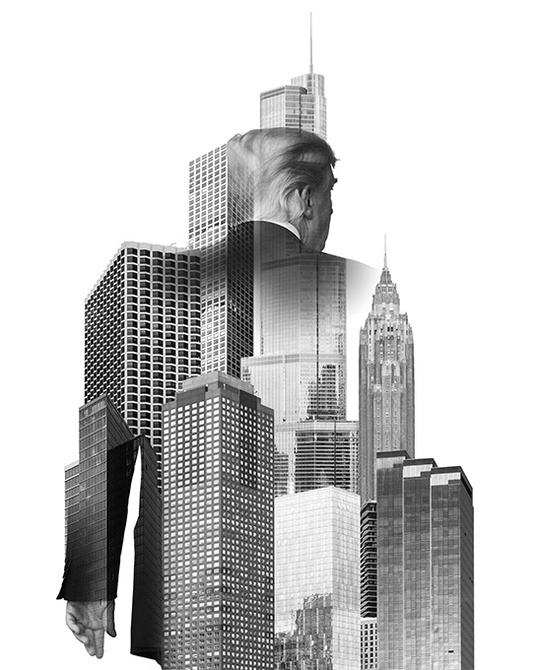 Create a photo illustration that portrays the dichotomy of a president who has lived his entire life in the largest city in the USA, but appeals almost exclusively voters in rural America. Donald Trump moved into his penthouse apartment at a time when New York was a dangerous, dirty place; his view of cities seems to have been formed by that New York. Now, cities are centers of diversity and economic prosperity. This illustration represents the complicated relationship between the President and America's cities.

I photographed buildings in Chicago and New York to create an image library that I used in the composite. The portrait of Trump is from a press photo.