Metallica Through the Never Soundtrack Packaging 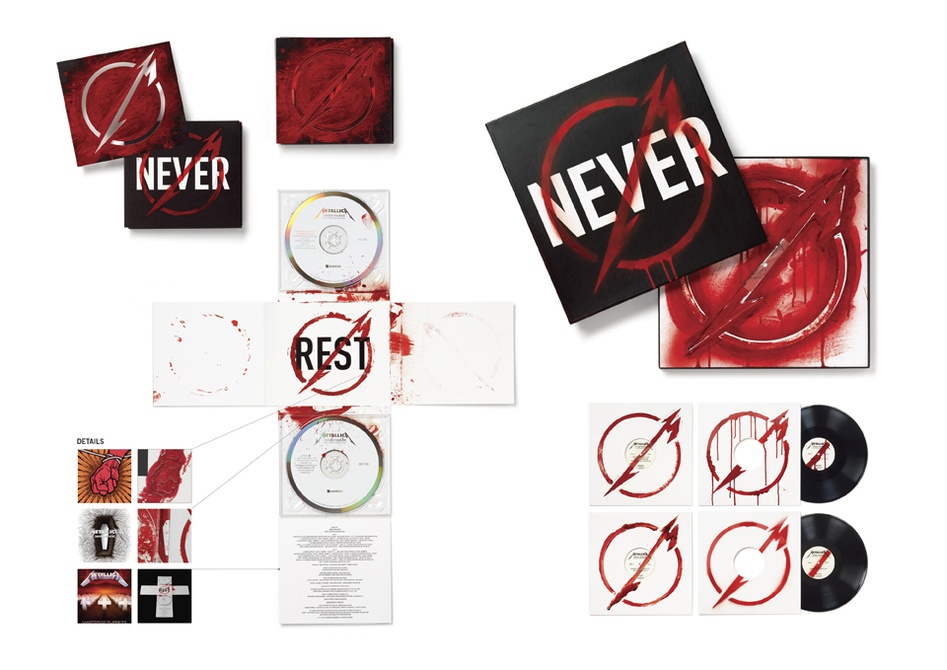 We created soundtrack packaging for Metallica’s first 3D film release, Metallica Through the Never, which features a fantasy narrative interspersed with live Metallica performances of songs from each of their past albums, including stage set changes to cue previous album cover designs. Our packaging needed to promote this unique music experience for Metallica fans.

We had created a visual identity for the film centered on an iteration of the band logo’s iconic “M,” originally designed by the lead singer, James Hetfield. We simplified the “M” and used it as a stenciled graffiti element, striking through the word “Never” to create a visual shorthand for the movie’s title: Metallica Through the Never. We extended this concept to the soundtrack CD and LP packaging.

The CD packaging includes graphic references to all of Metallica’s previous album designs as hidden details. The structure of the packaging itself references the white crosses of their third studio album, Master of Puppets. We also included a stencil in both the CD and LP soundtrack packaging to encourage co-creation and built a Tumblr site for fans to upload their own-stenciled images.