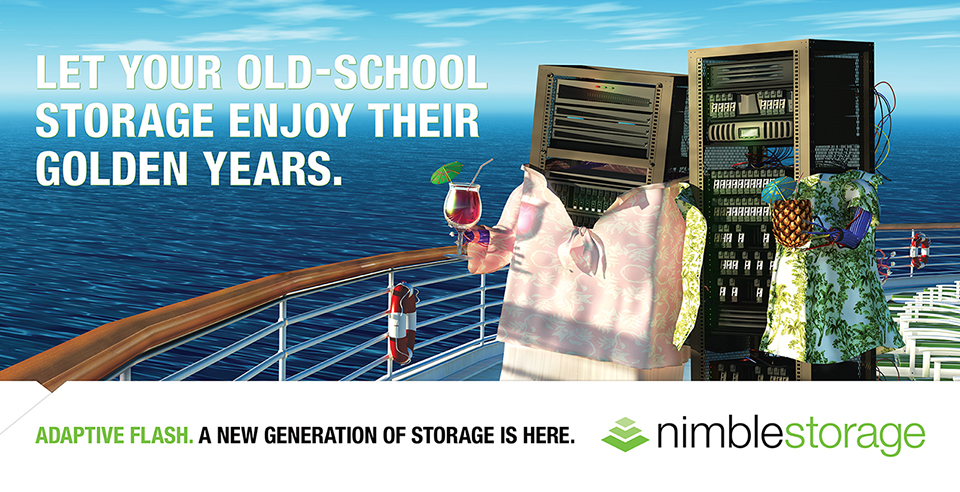 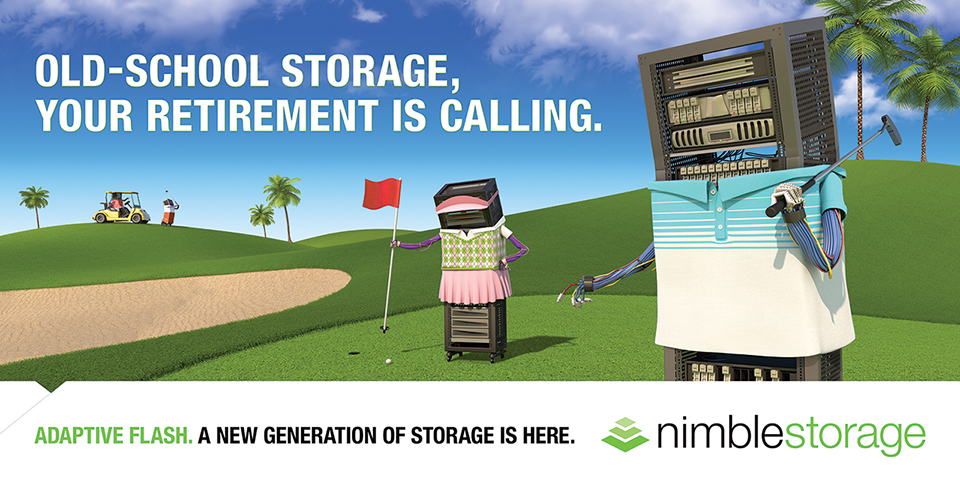 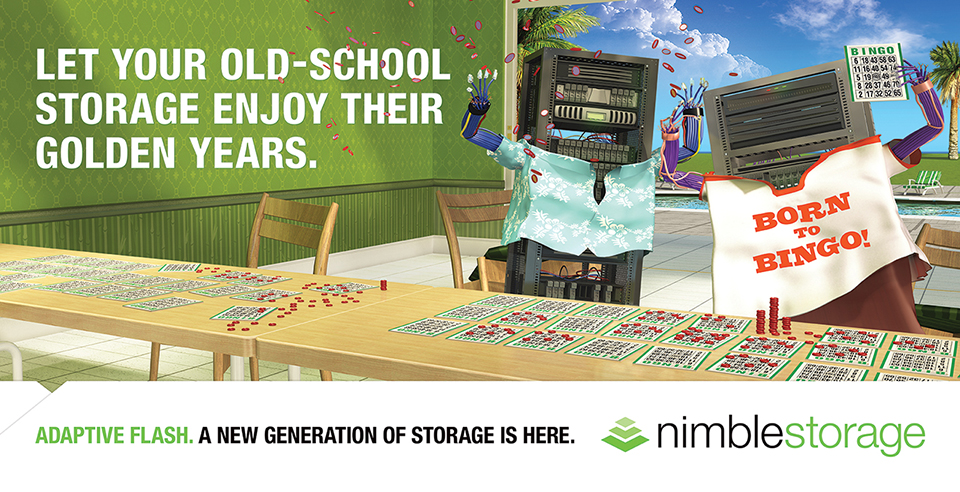 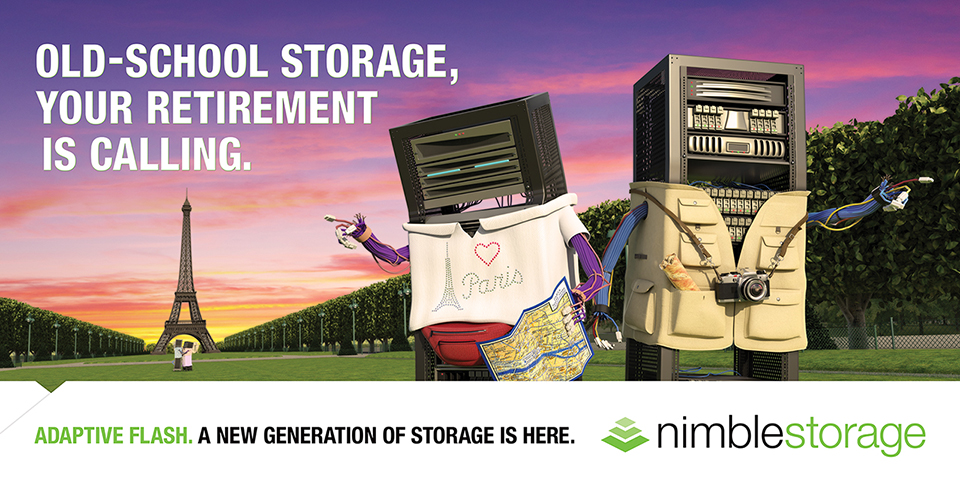 Nimble Storage is out to upend the data storage industry. Its latest product called Adaptive Flash uses software that tells their hardware whether to use flash to work super fast or hard disc to store the massive files for later on. This latest technology is essentially rendering the competition out of date and in need of retirement. To introduce Adaptive Flash to the world, we took this sentiment quite literally and created 2 characters named Ned Applebaum and Edna McIntosh-Applebaum. Ned and Edna are a lovely, retired couple who also happen to be storage arrays. They did a great job for years, but their time to retire has come and they’ve earned it. As our two campaign heroes, we feature Ned and Edna enjoying their golden years doing the things happy Boca Raton retirees do like playing Bingo by the pool or enjoying a sunset cocktail on a cruise in the Caribbean. We accompany this imagery with messaging to retire your old-school storage.

This approach to the creative sticks out like a sore thumb in the data storage industry and has caught the attention of all of Nimble’s competition. Using humor and fun is not something they are used to. The client also absolutely adores Ned and Edna and we’ve already brought the characters to life in animation, on swag and are in the process of life size mascot characters to crash tech events. We hope and believe that Ned and Edna have a long life ahead of them.