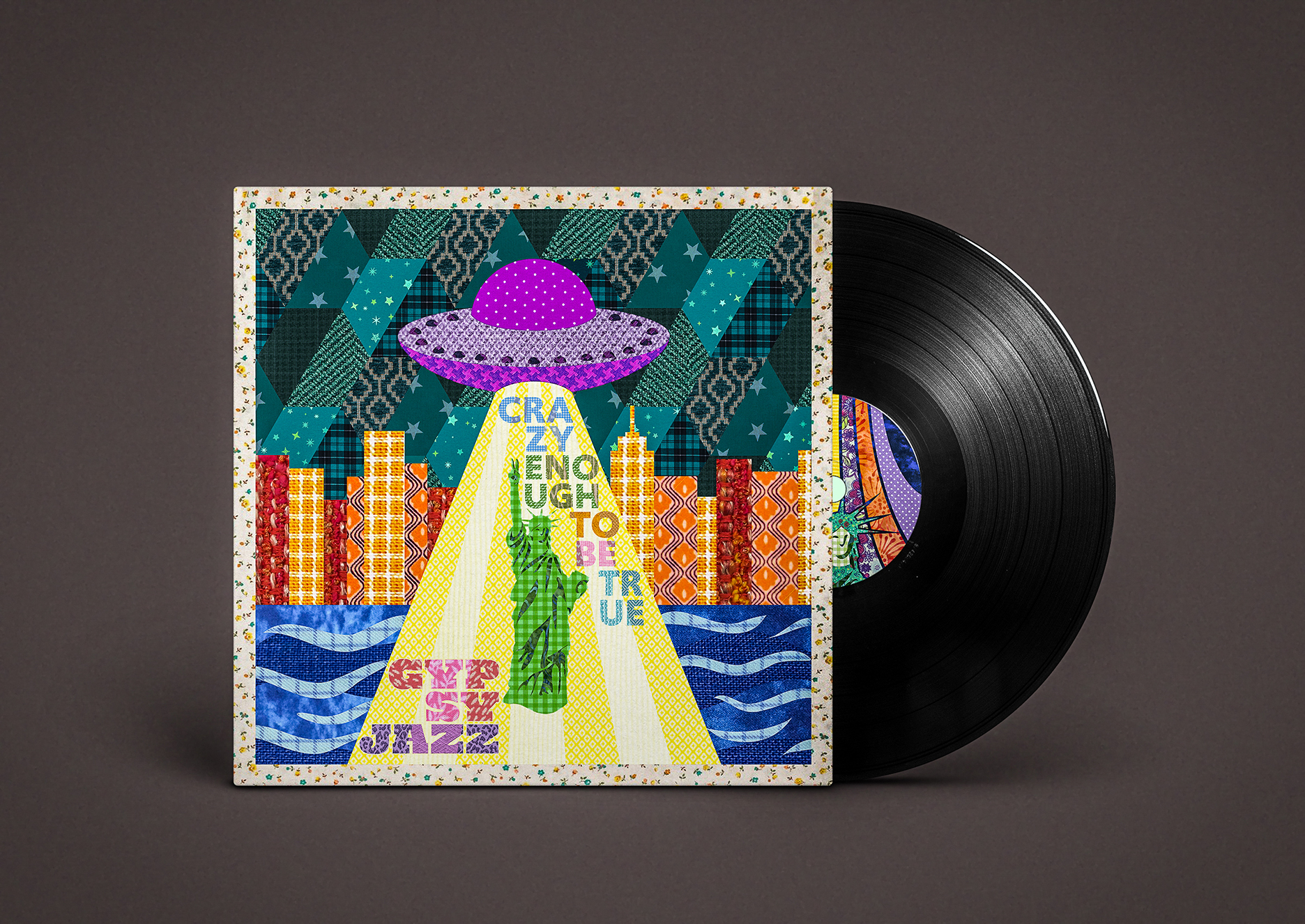 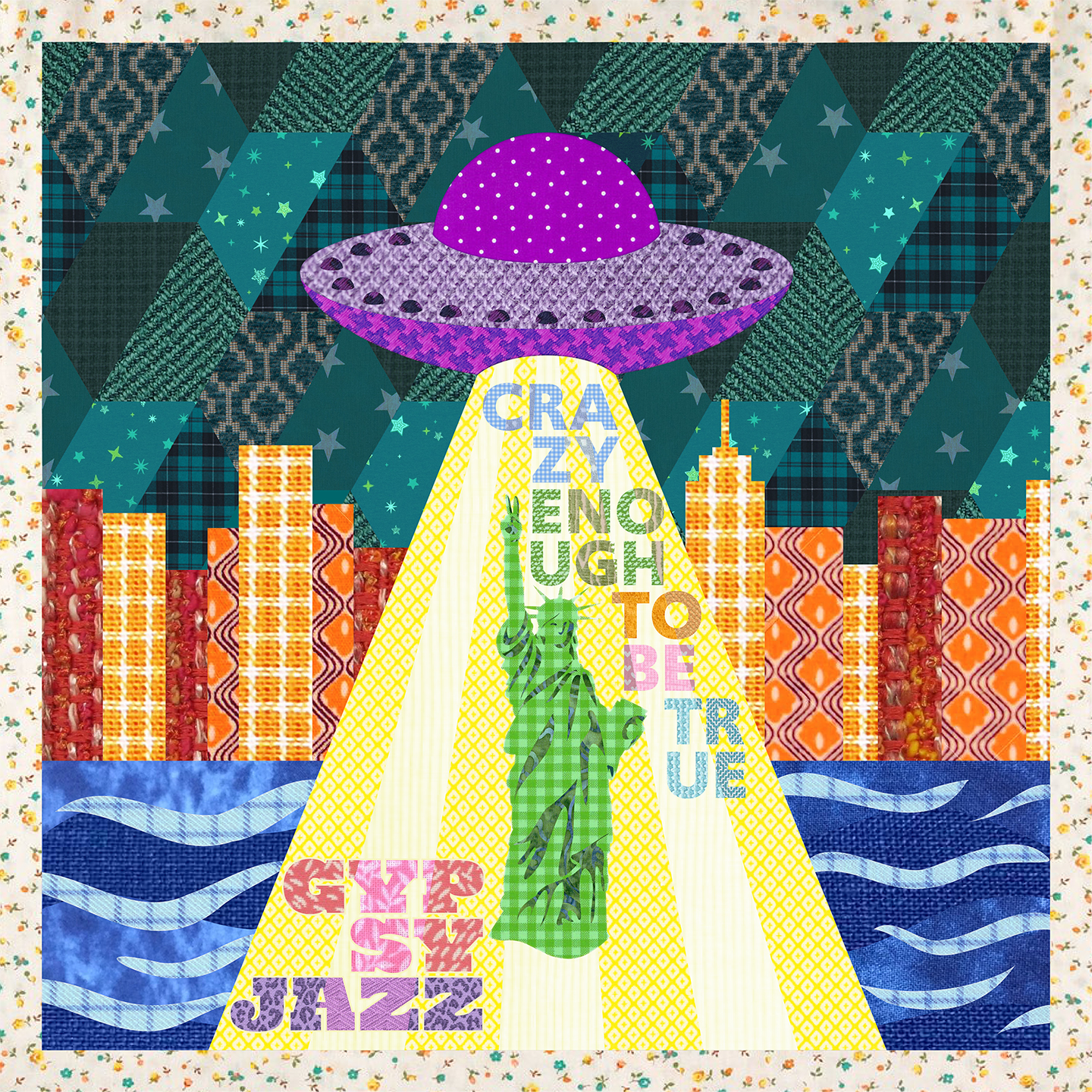 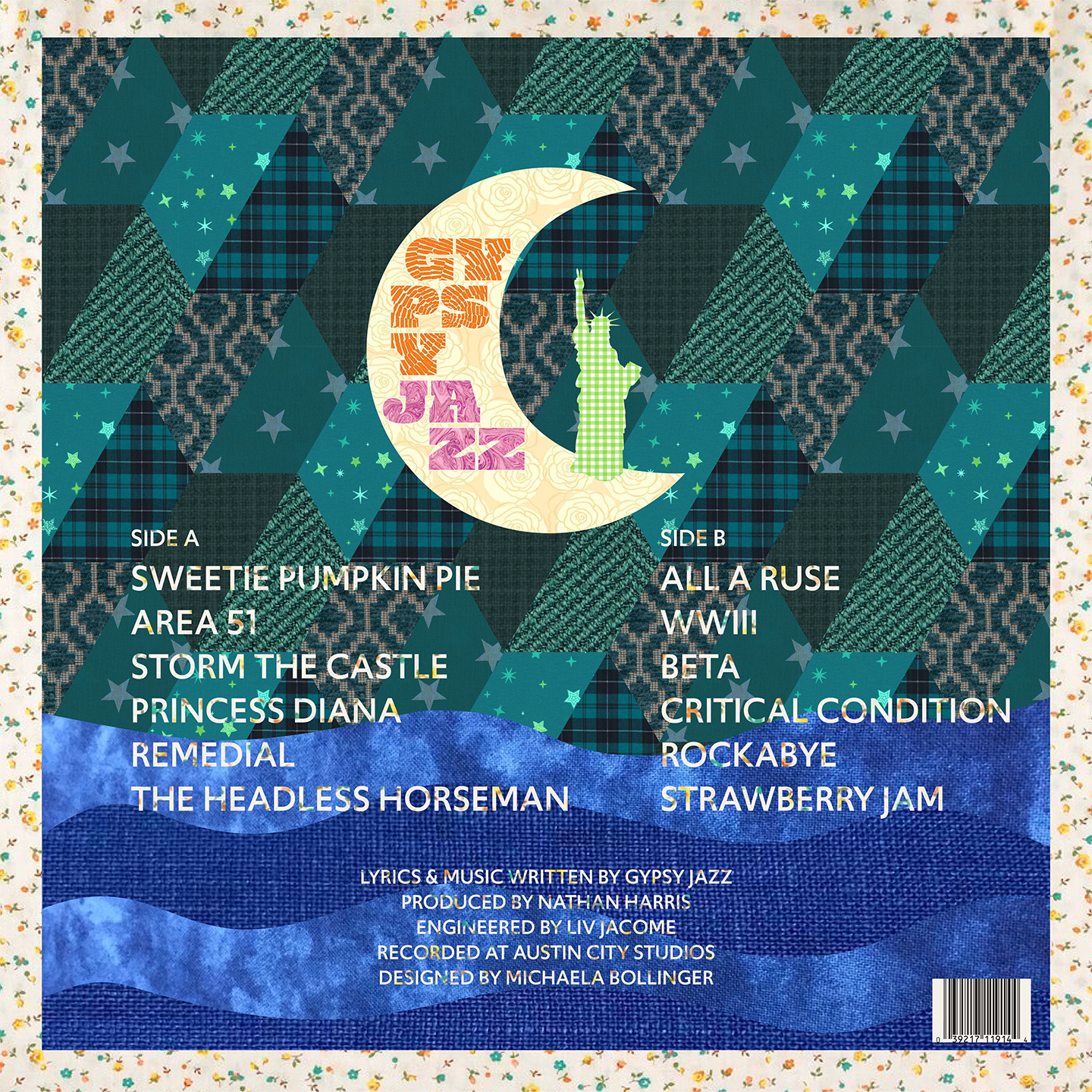 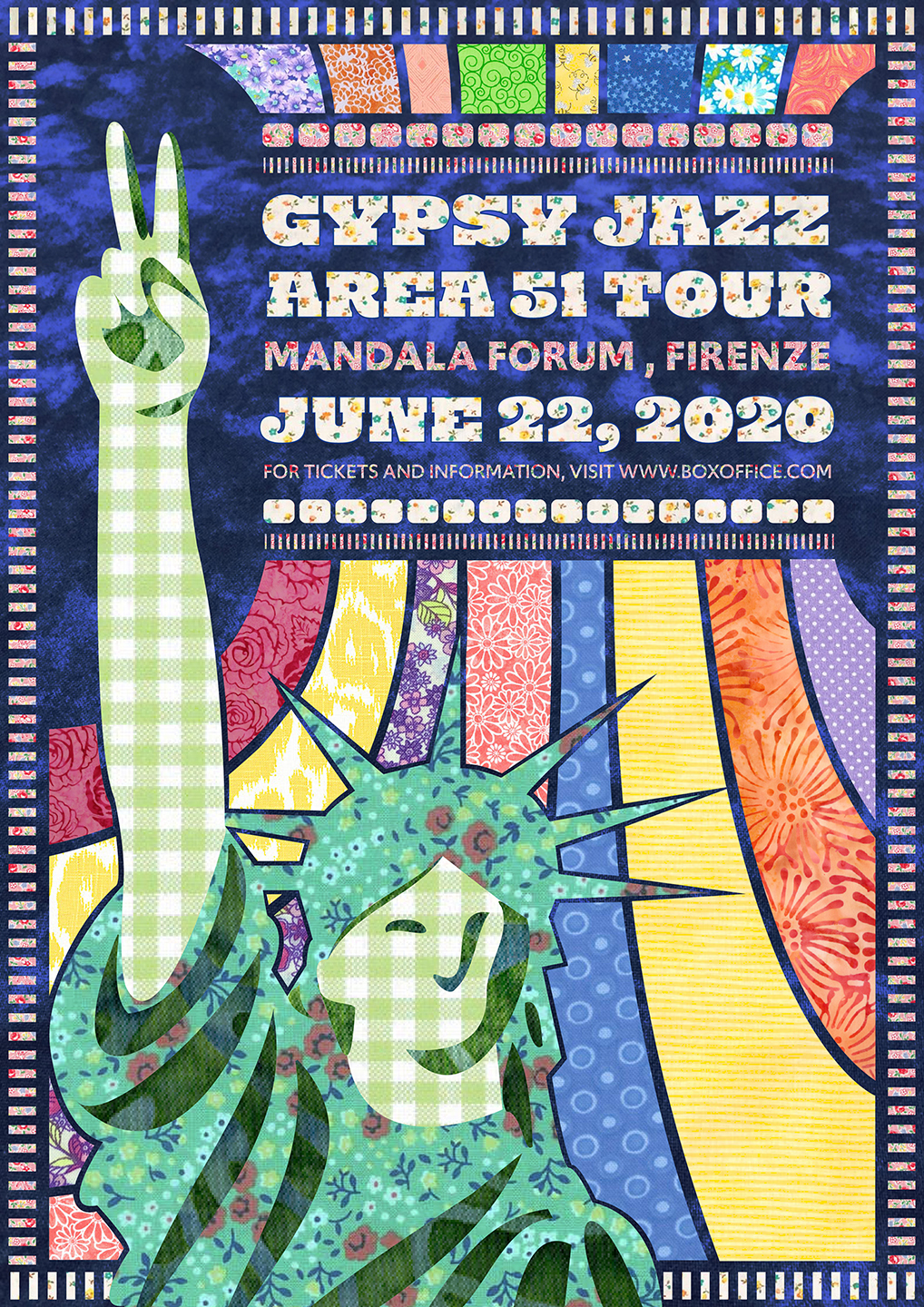 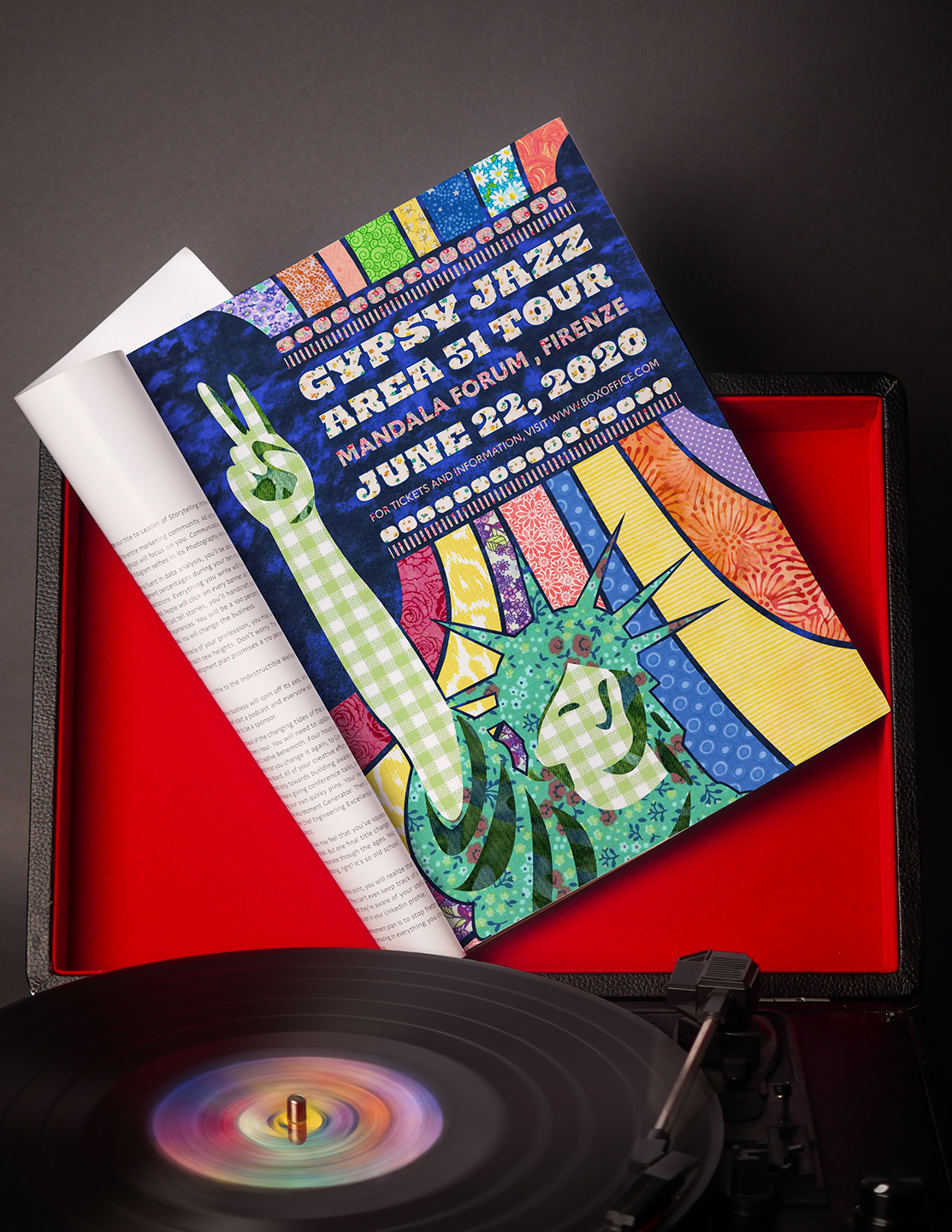 This assignment had us use random generators to create a band name, album name and find reference photos for our project. We then applied our names and photos to an album cover and concert poster.

I received the band name "Gypsy Jazz," the album name, "Crazy Enough to Be True," and photos that featured a city and dramatic lighting. From this was born "Gypsy Jazz: Area 51 Tour." I was inspired by the hip name Gypsy Jazz and imagined a Surfaces like blend of jazz, soul, pop, hip hop, reggae, and calypso. This band is cool, hip and interesting. The blend could only be expressed through literal patchwork coming together to create the image of the Statue of Liberty as an alien which is "crazy enough to be true." The design incorporates the elements of the imagined genre as well as the urban and light elements from the generated photos and the title of the generated band and album.

The album cover relates to the concert poster through the transfer of application and subject. The two main elements work together by translating the same groovy theme and color scheme, yet function as separate works of art and promotional material. Both components could be further expanded upon into t-shirts, posters and other branding materials as the basis of the theme being aliens, an urban environment and the Statue of Liberty are broken apart. These two artworks give a glimpse into what Gypsy Jazz is all about and are the basis of a larger brand.