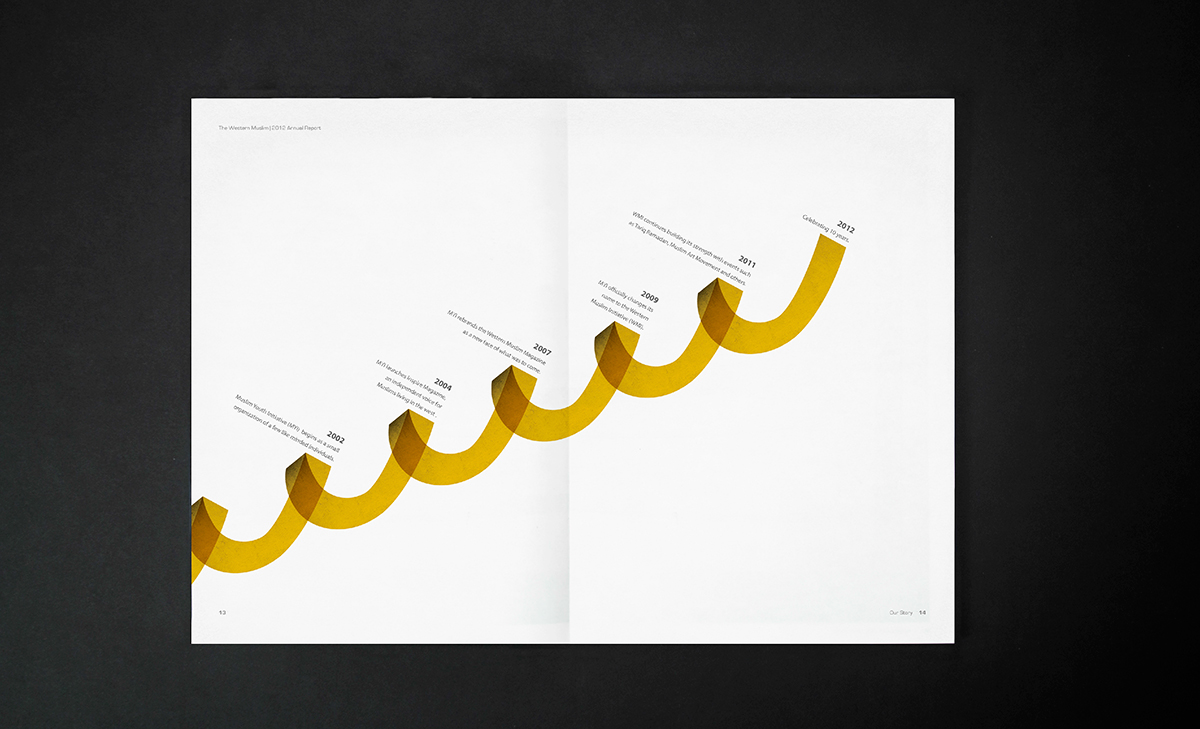 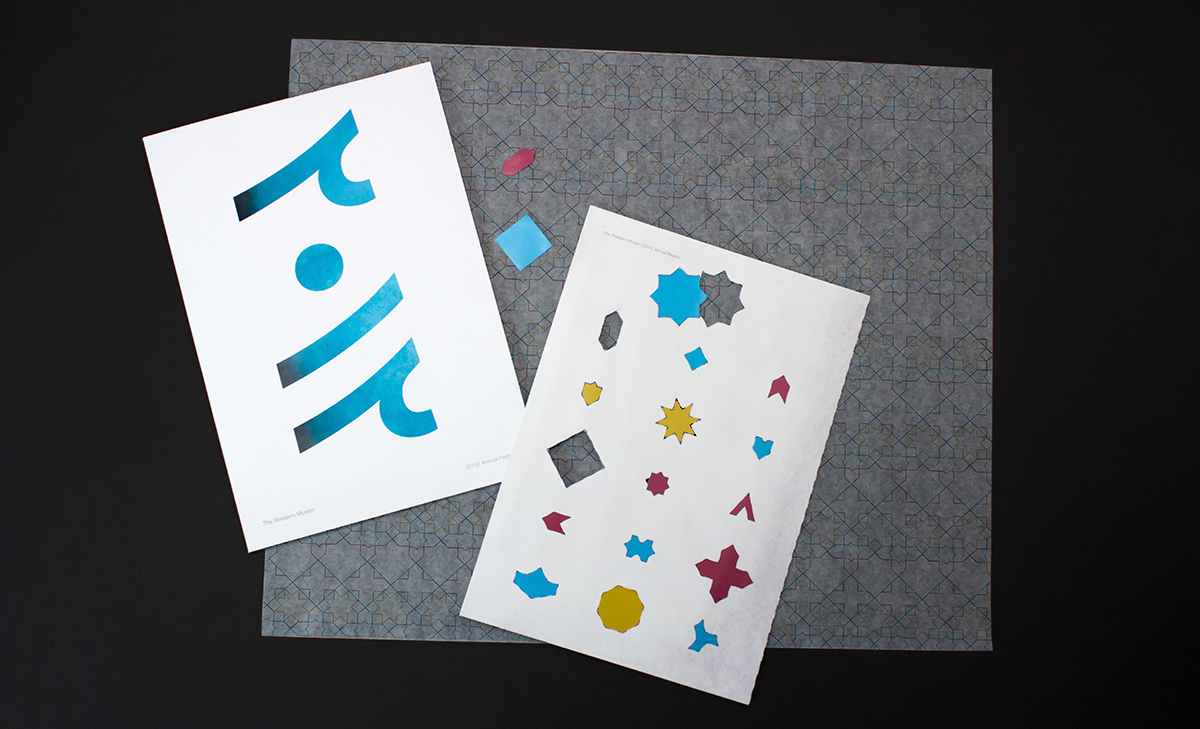 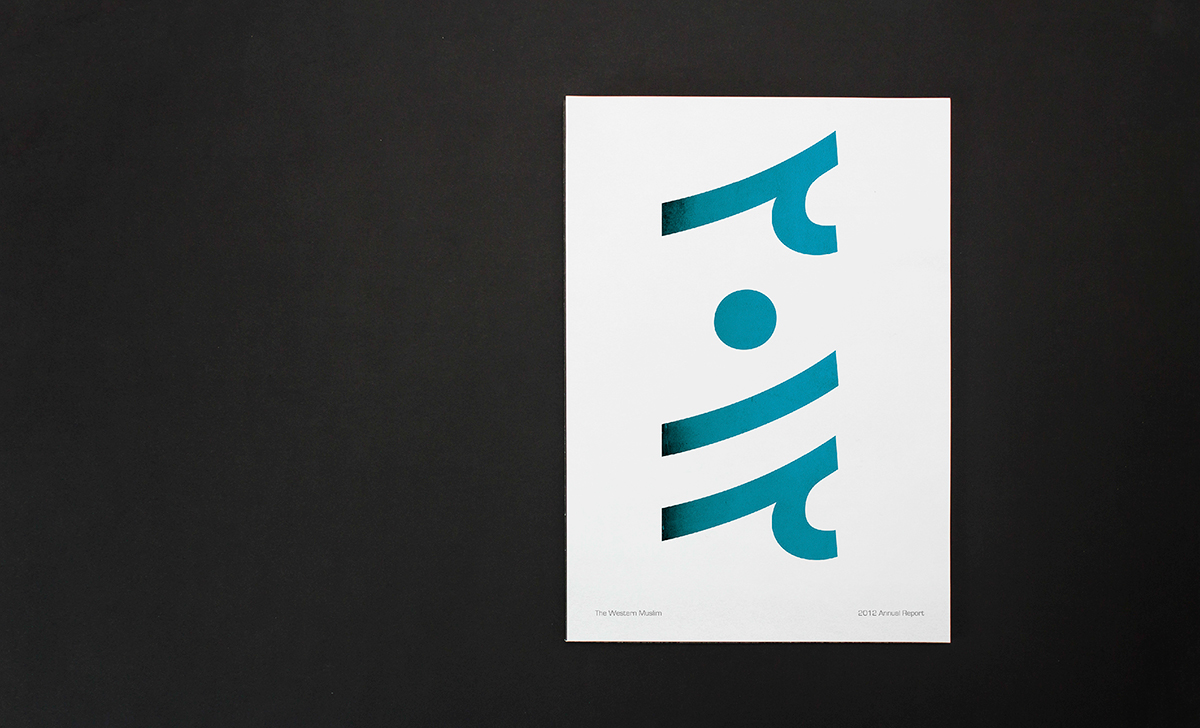 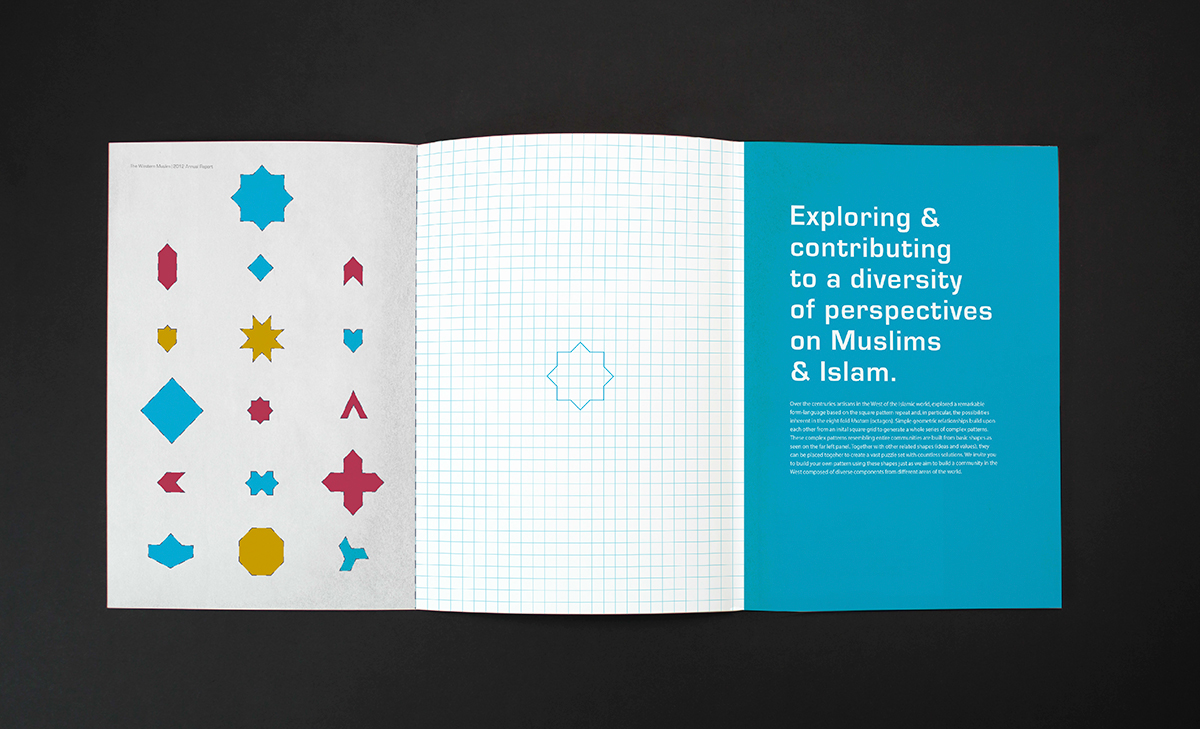 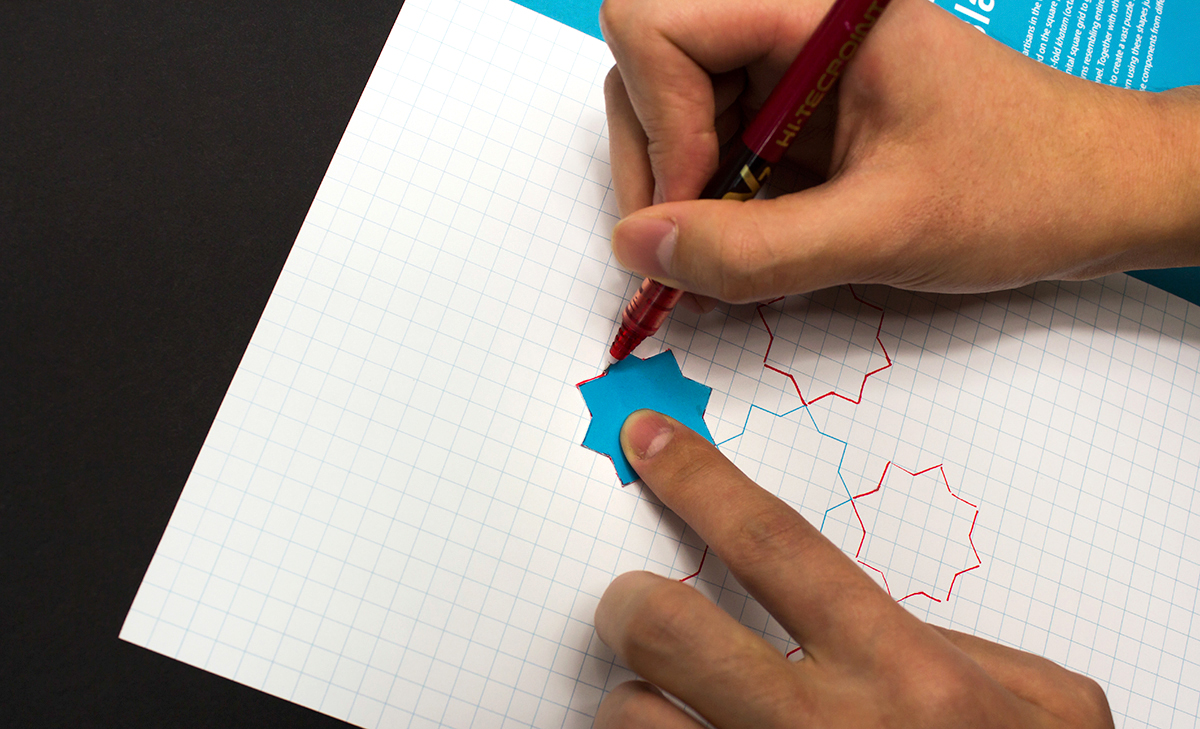 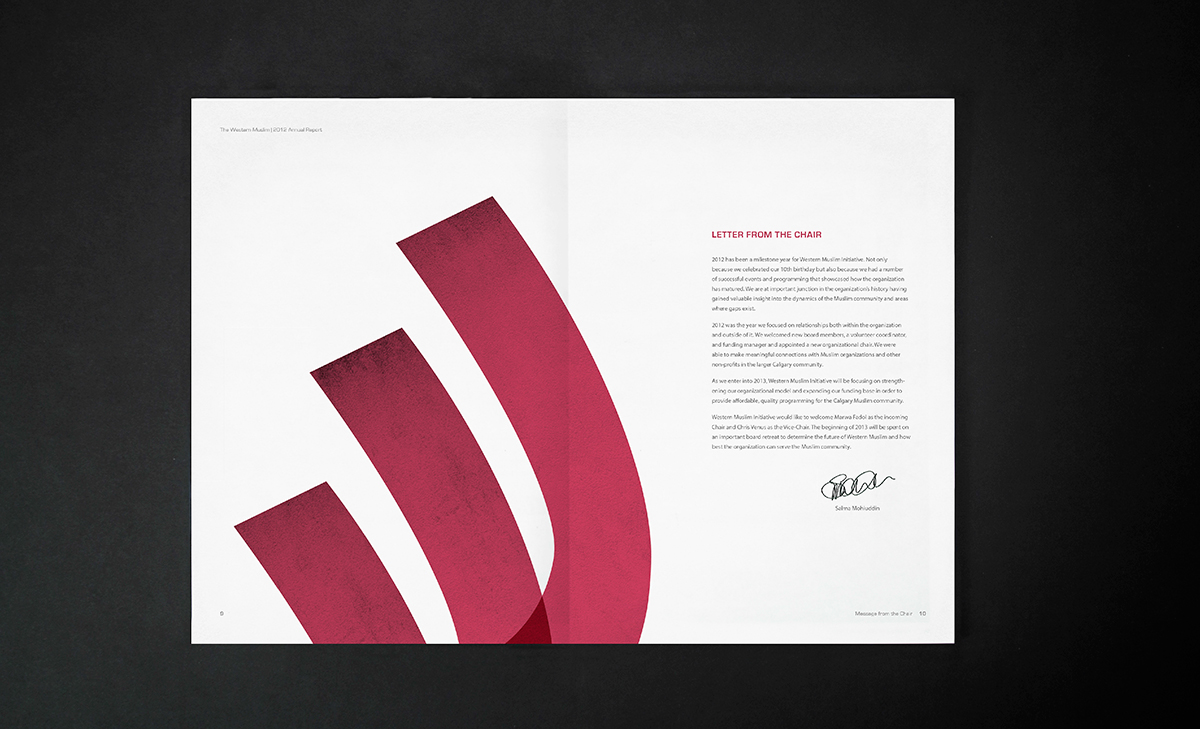 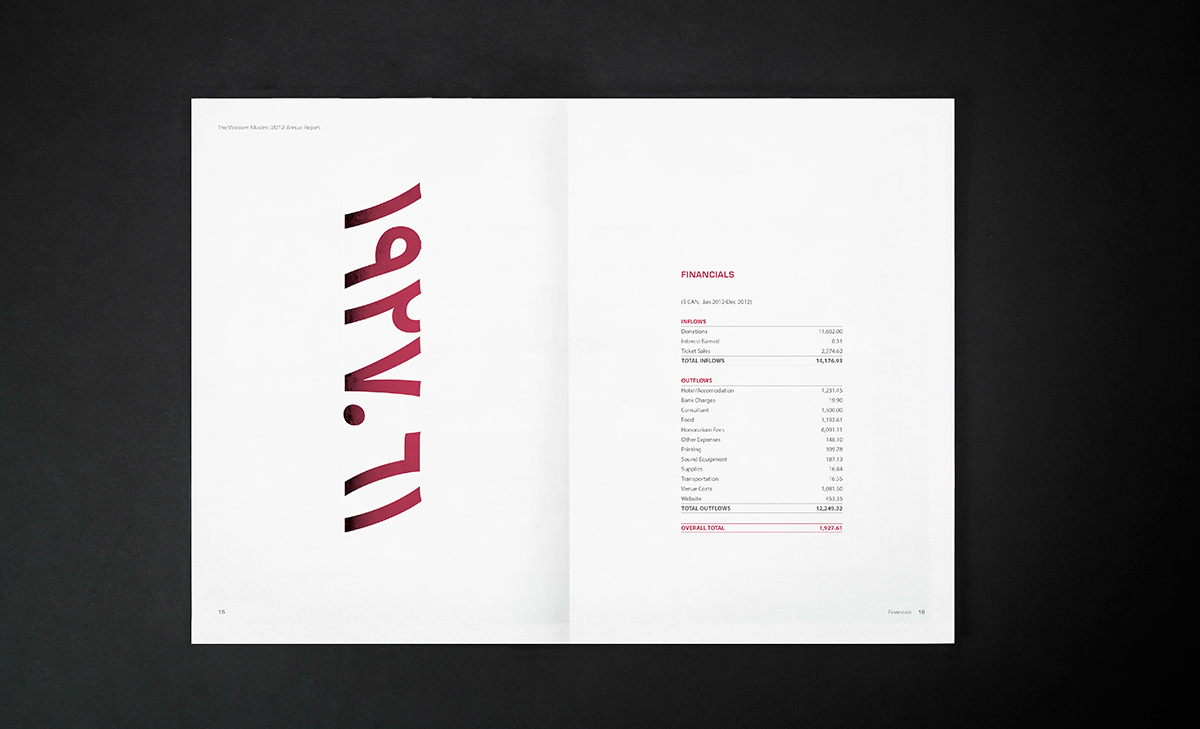 ASSIGNMENT:
The Western Muslim Initiative is a Canadian nonprofit organization that aims to provide a forum that explores and contributes to a diversity of perspectives on Muslims and Islam in the West. They seek to solidify their reputation as a leading expert on Western Muslim Identity, which they wanted to showcase in their Annual report.

APPROACH:
This annual report presents The Western Muslim Initiative in a contemporary as opposed to a traditional light in order to best resonate with the general North American population. The core of Islamic design is Arabic calligraphy and Islamic geometric patterns. Streamlined Arabic typography was used in combination with textured surfaces and bold colours as core graphic elements throughout the report. The traditional geometric patterns were broken down into simple shapes representing the values and diversity of the community, and put together to create striking linear patterns. An interactive component was added to the report through perforated shapes that the user could pop out and utilize to create their own patterns - symbolizing their involvement in building this diverse community.

RESULTS:
"Mustaali was able to create a stunning, stylish design that reflected our corporate identity. The 2012 Annual report he designed for us not only got at what we wanted without us telling him so, but was done in a manner that was professional and efficient. Mustaali's work is beautiful!"
- Salma Mohiuddin (Co-Founder, The Western Muslim)