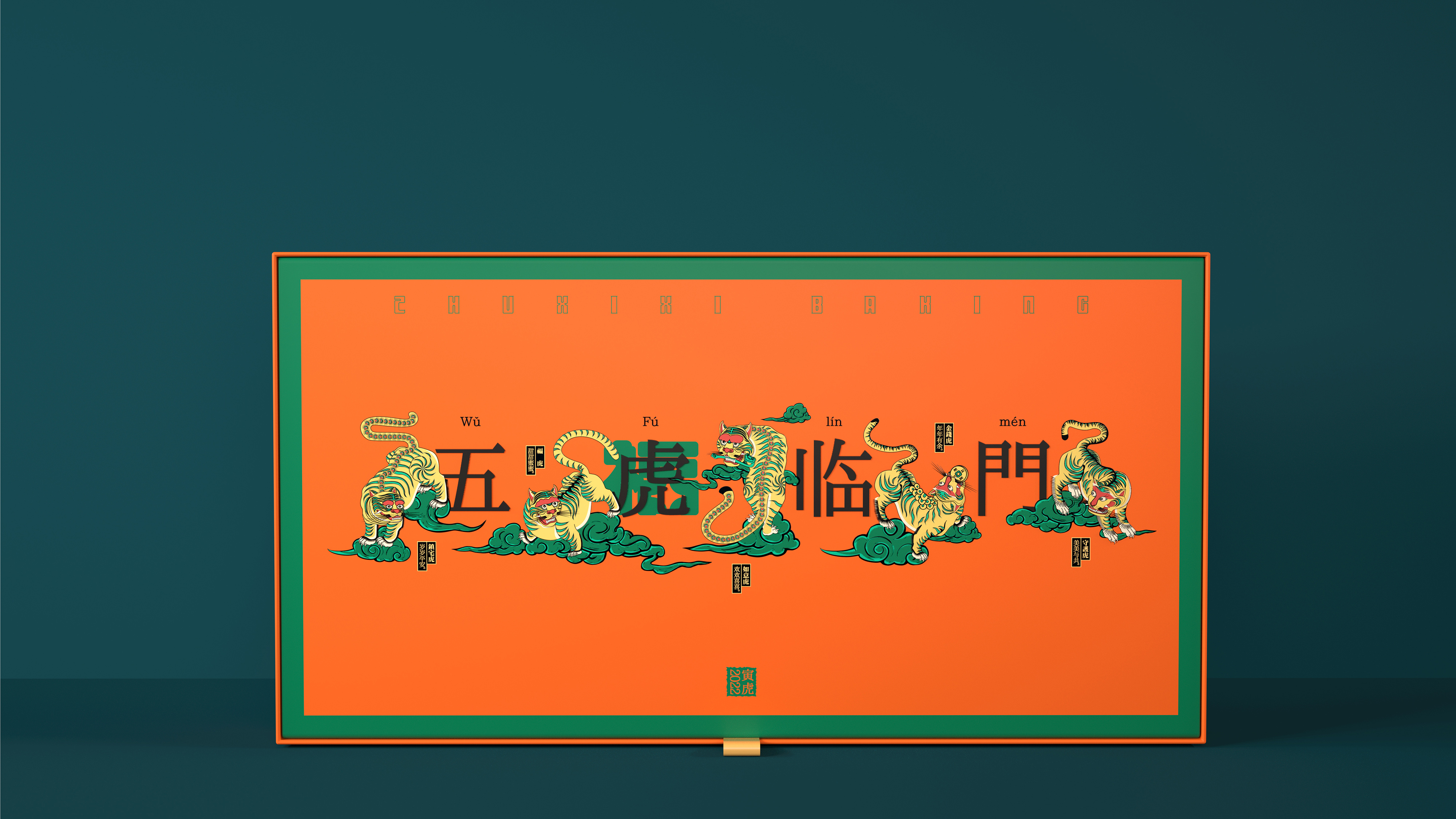 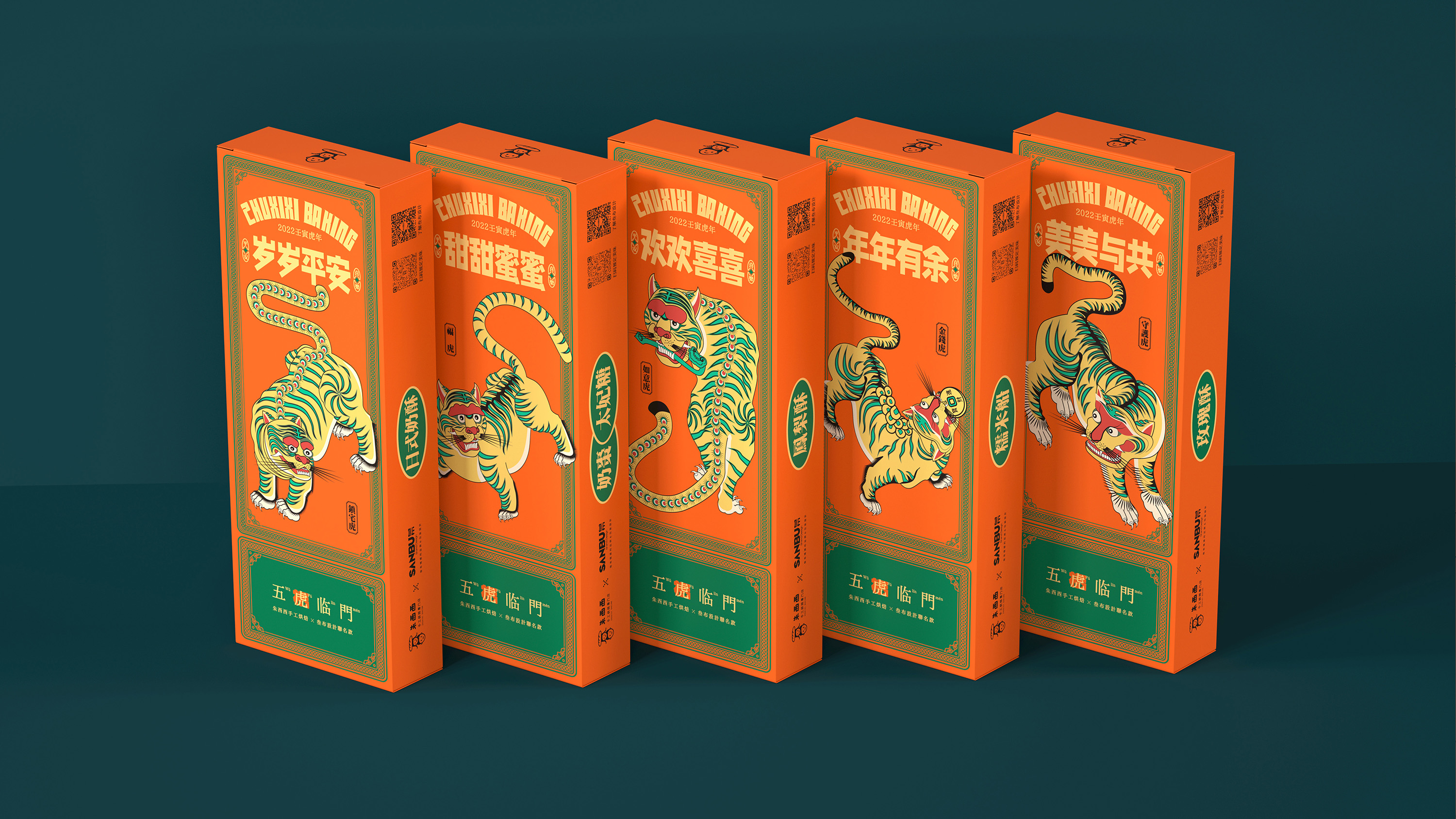 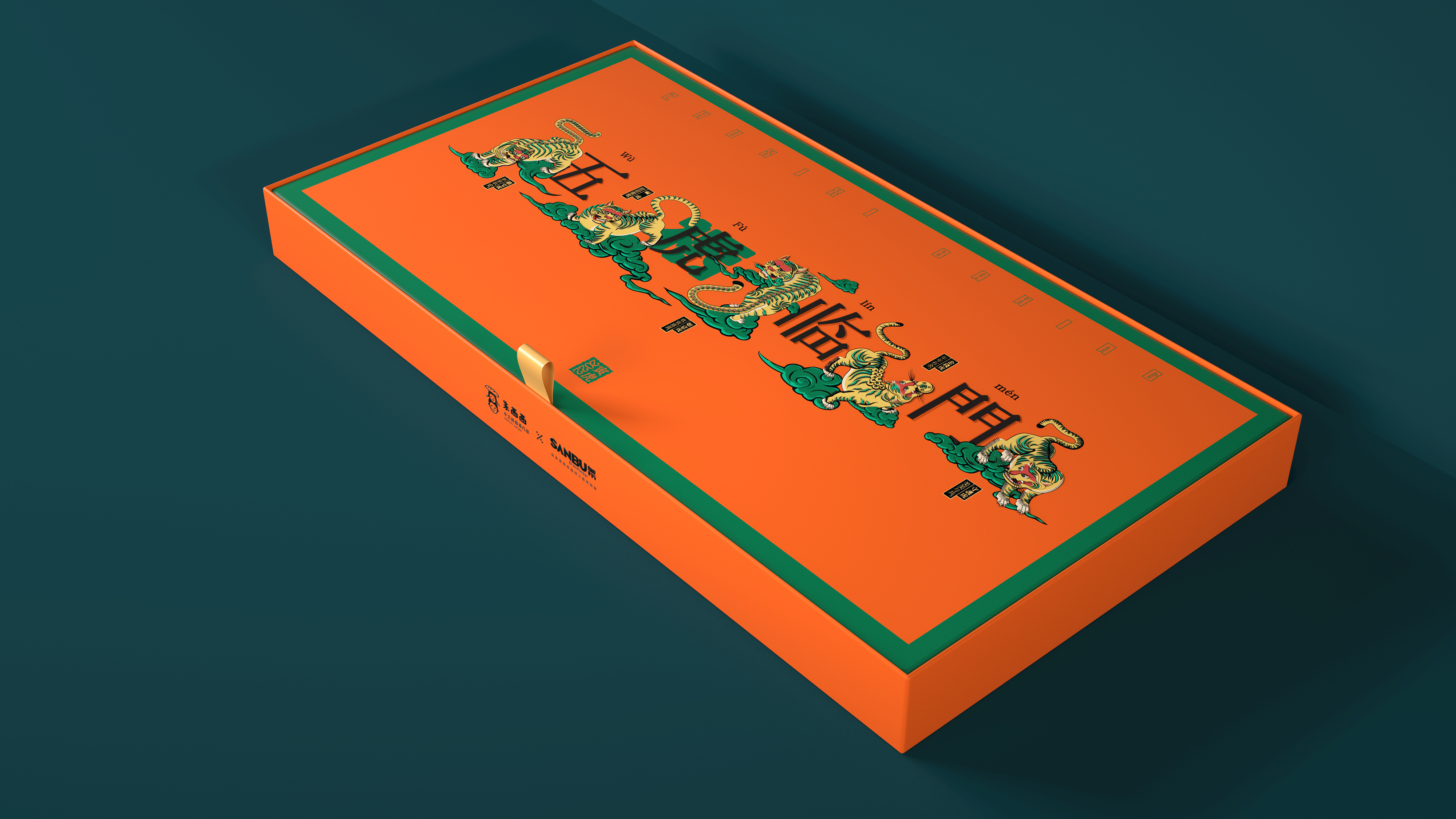 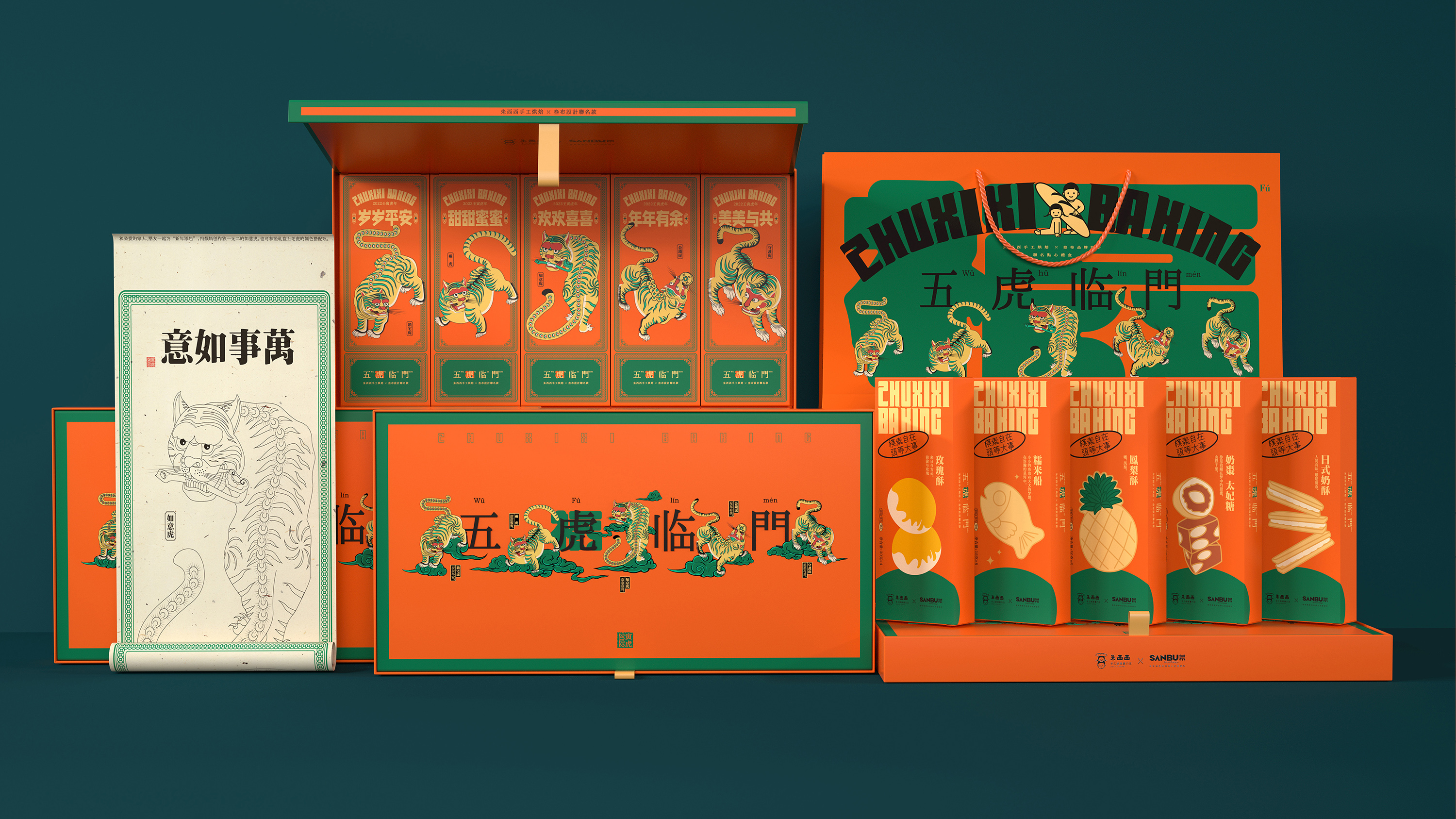 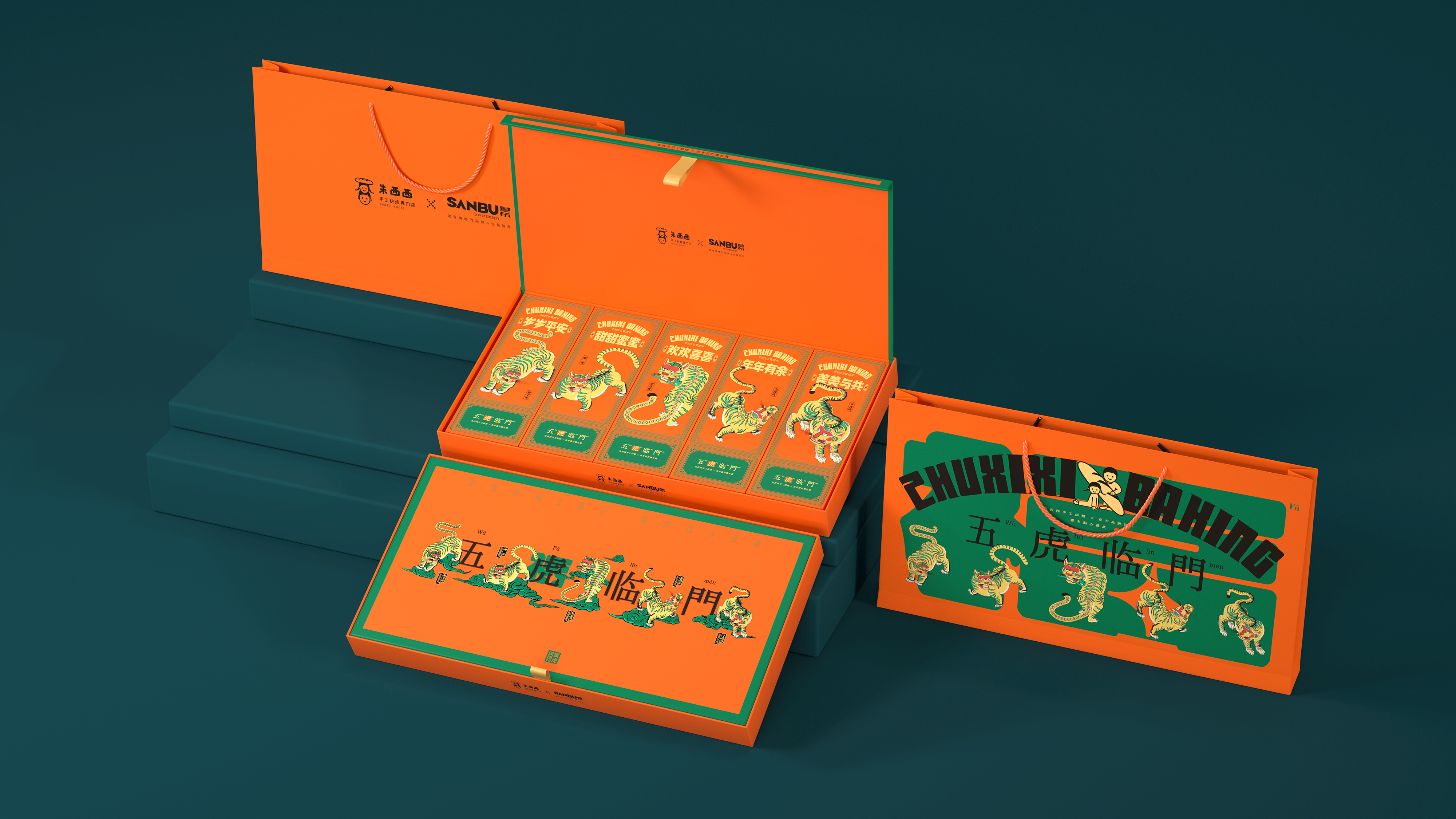 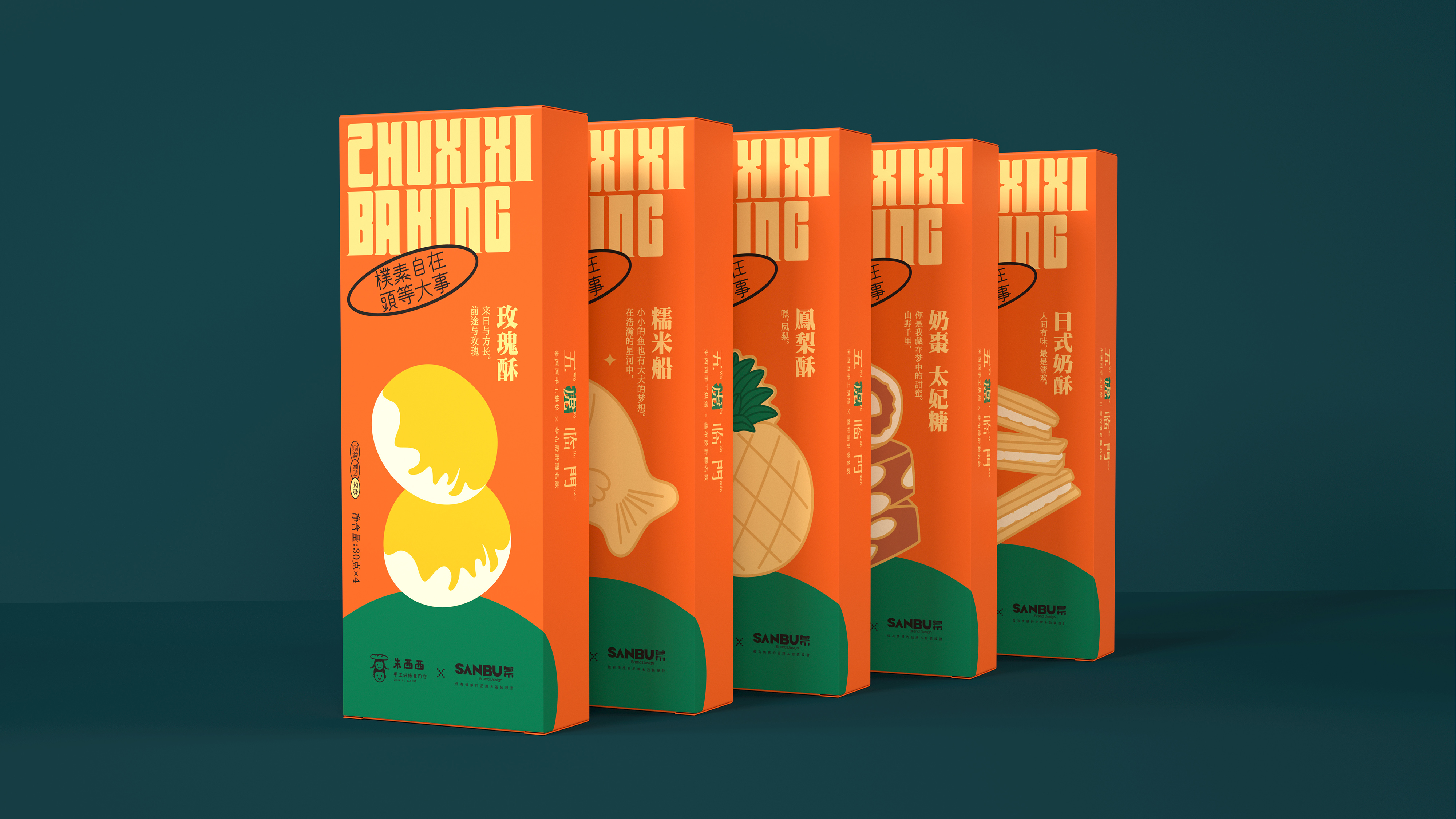 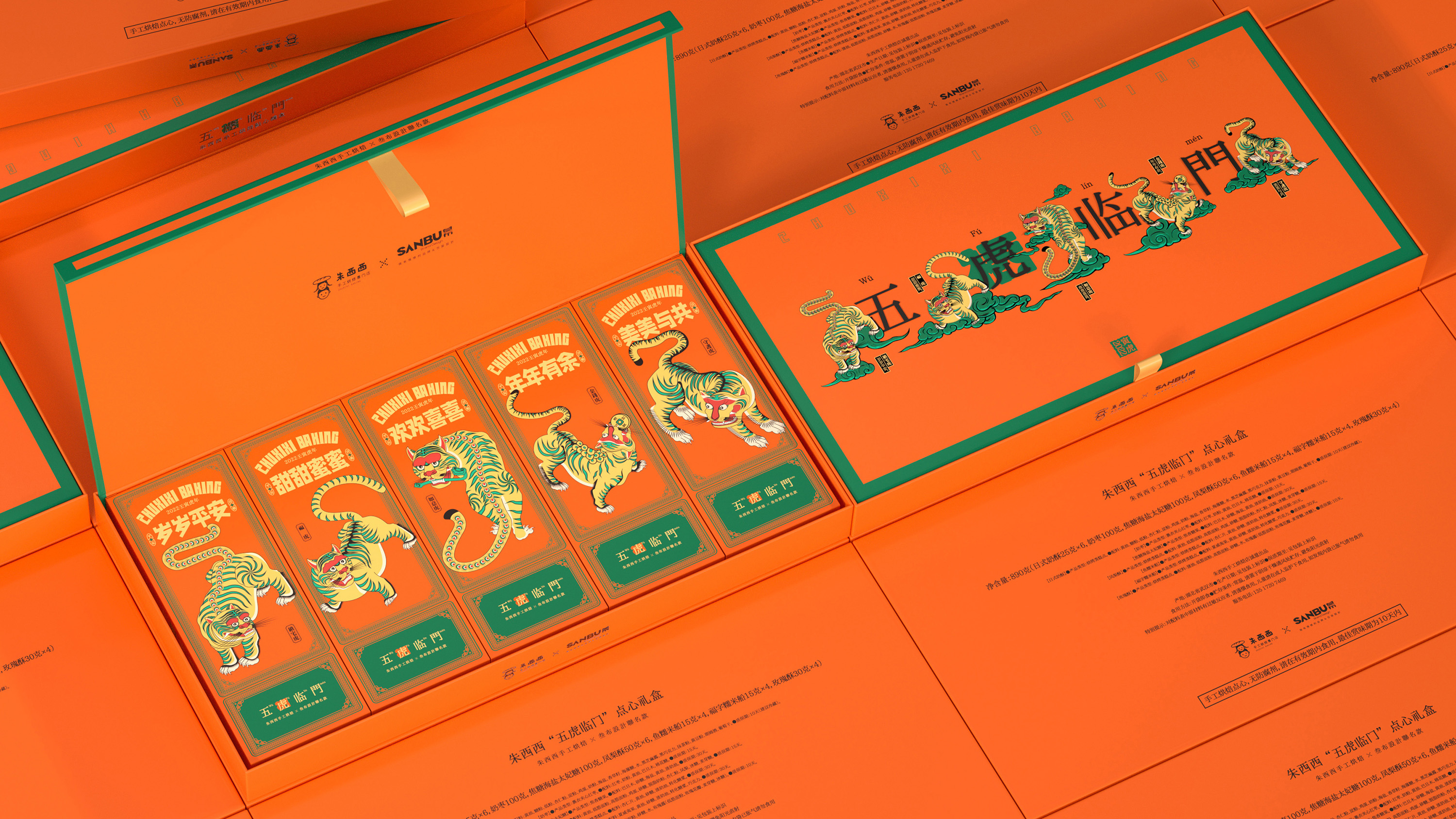 Tiger is one of the "twelve zodiac animals" in Chinese traditional culture. The lunar year of the tiger 2022 is coming. The designer uses the similar pronunciation of "tiger" and "Fu" in Chinese to express "five blessings at the door" (Chinese idiom, commonly used to express blessings) with five tigers. At the same time, it echoes the "year of the tiger" to form a double New Year blessing. The designer designed the gift box as a horizontal strip, and the cover is embedded into the bottom box, just like a picture frame, so that the box can be used as a decorative painting, so that the packaging can have the opportunity of secondary utilization and reduce waste. At the same time, there is a line draft tiger picture in the box, so that people can color the tiger with their family and friends to enhance the interaction between characters, To achieve the effect of emotional interaction, painted pictures can be permanently retained as hanging pictures.

Customers agree that this is a very fashionable and loving design. The box can be used as a decorative painting and the tiger hanging painting painted by the family have contributed to the secondary utilization of the packaging and can retain the love between the family.