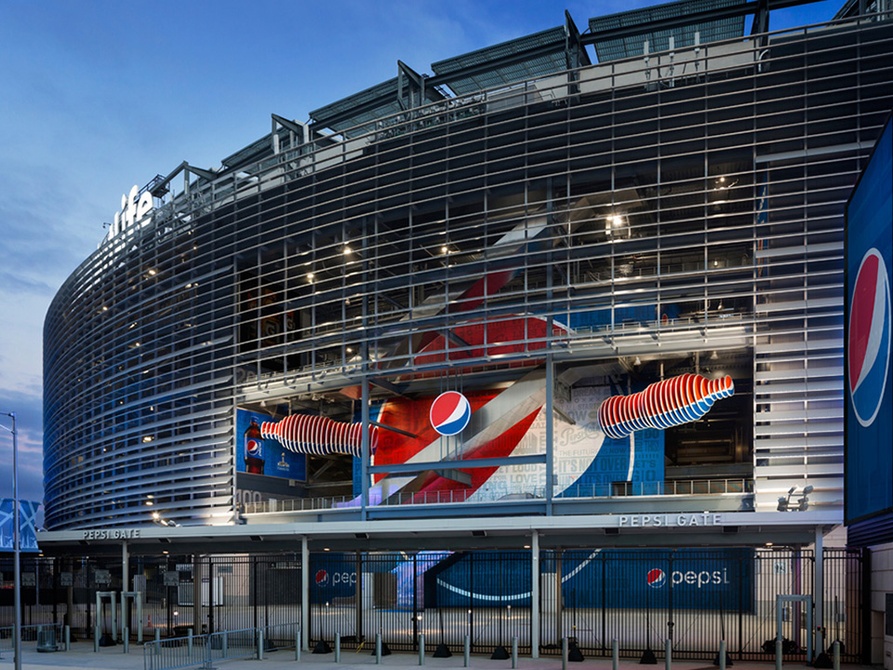 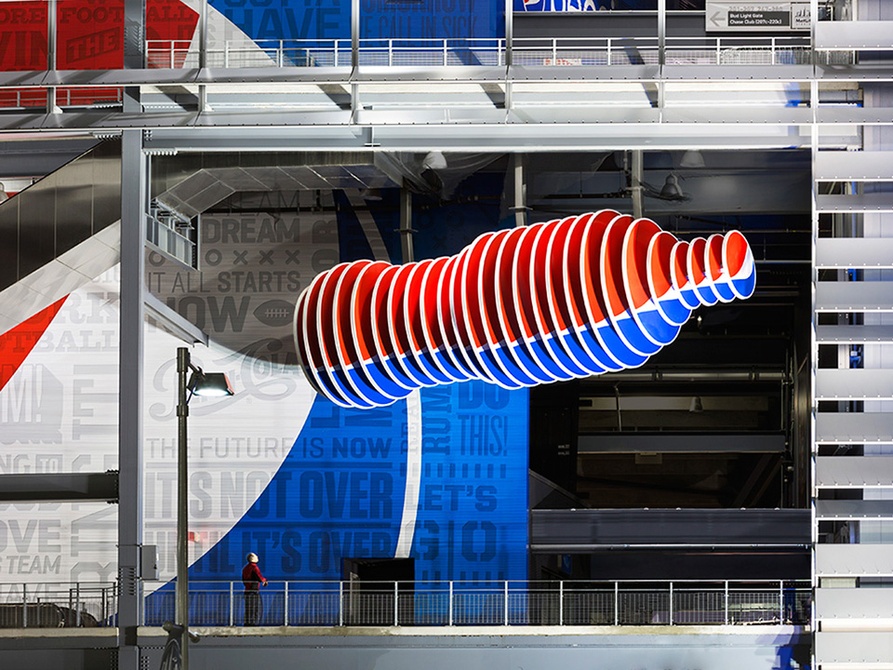 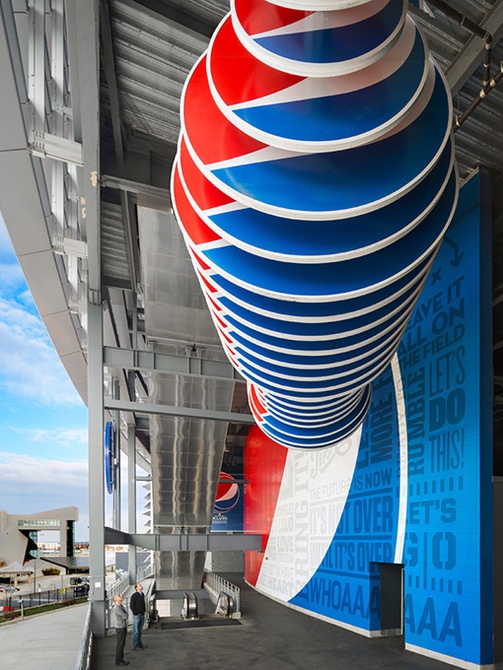 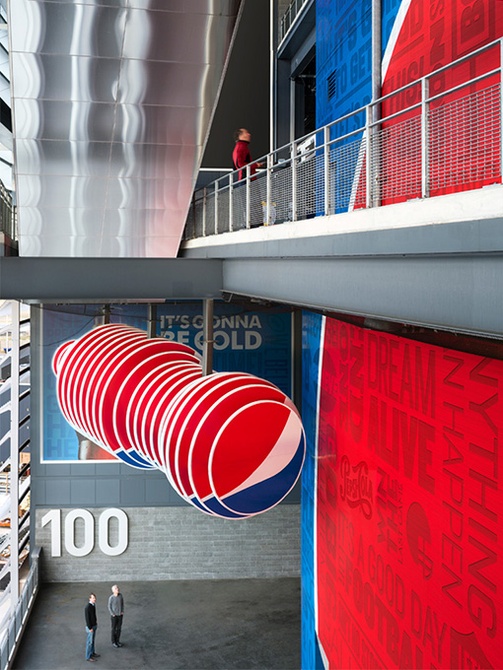 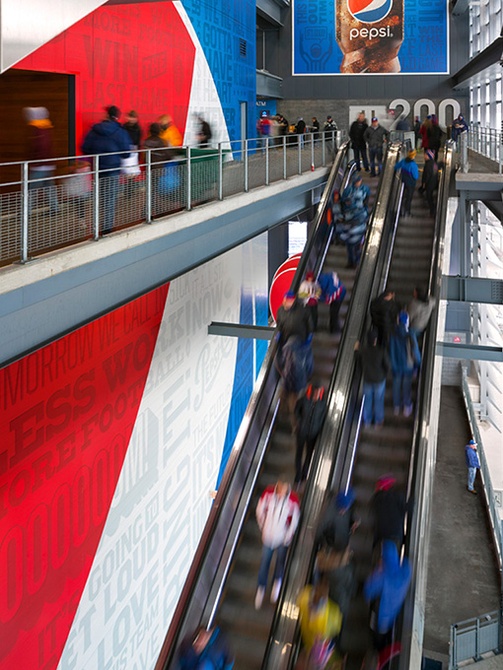 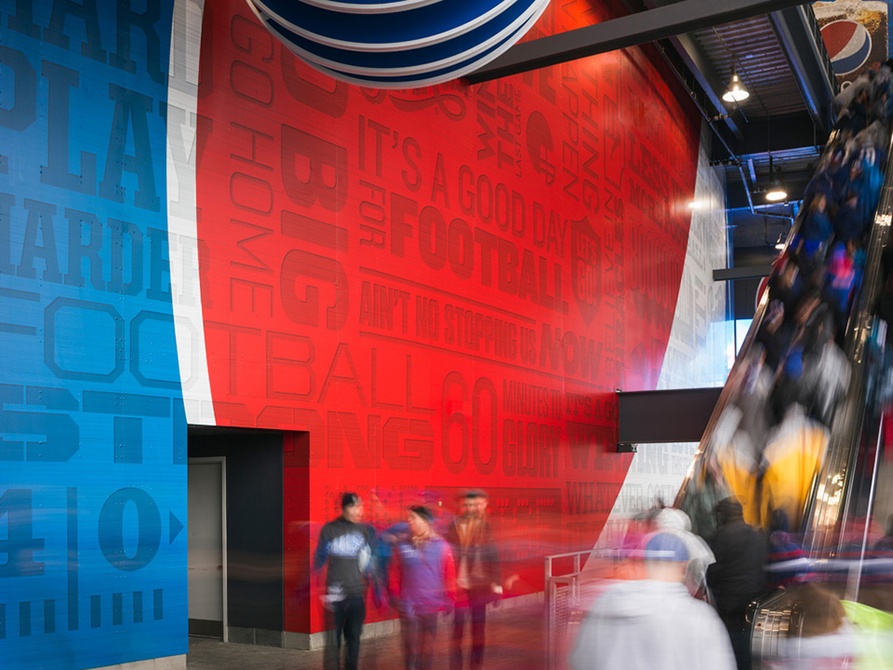 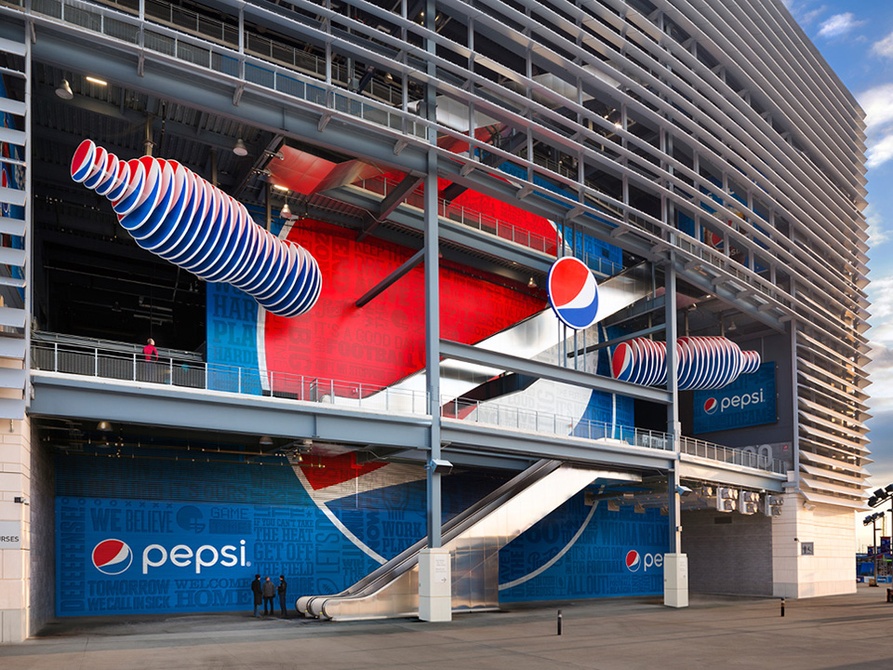 Pentagram created the branding and graphic identity for the Pepsi entrance at Gate G of MetLife Stadium in New Jersey for the XLVII Super Bowl, and beyond. The huge installation transformed the gate into an unexpected celebration of the Pepsi brand, complete with a pair of unique graphic sculptures inspired by the Pepsi bottle and a four-story high rendition of the famous Pepsi Globe logo.

To create a real sense of arrival, a super-scale Pepsi logo stretches across four levels of the stadium, with the brand’s classic red, white and blue palette visible through the building’s outer skin of aluminum louvers. The monumental Pepsi emblem can be seen for miles across the Meadowlands Sports Complex, making the gate a landmark in the area. Up close, the logo reveals itself to be made up of a typographic pattern of words and phrases celebrating the connection between Pepsi and the game of football. Escalators to the various stadium levels run along the wall, and the typography builds anticipation and excitement for the fans as they enter the stadium.

Almost as big as New York City buses or New Jersey Transit trains, a pair of massive hanging Pepsi bottles have been created from a series of cross-section “slices” of the Pepsi Globe. The discs form the distinctive shape of the recently redesigned Pepsi bottle, extending the identity into three dimensions and turning Pepsi’s signature brand elements into a dynamic sculpture that appears to change as fans move around it.

The installation was a huge success, as the design captured the spirit of fun, authenticity and excitement of the Pepsi brand and connected it with fans’ game day experience. The client was very happy with the results.