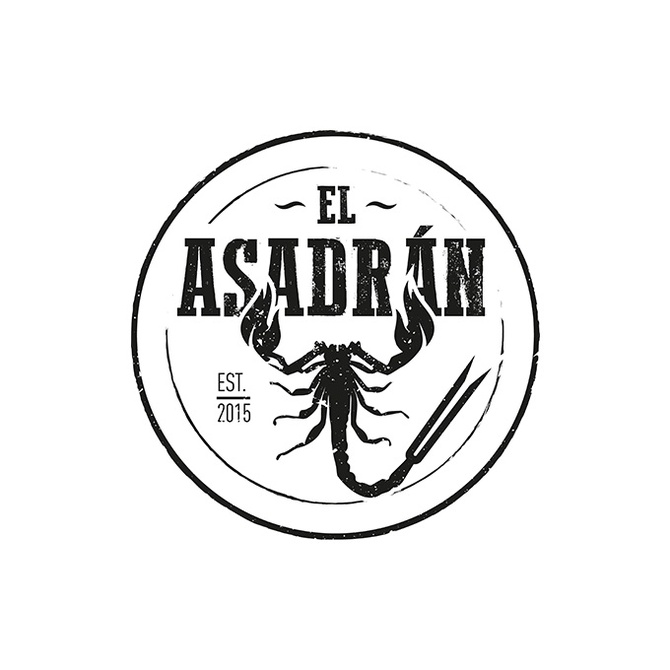 Asadrán ist a new brand, offering barbecuing prongs. The founders have seen this kind of tool on a holiday trip in Argentina. The secret of the prong is a mechanism that pushes the meat off the fork without having to shake it. Back in Europe, they wanted to buy something similar but surprisingly it was not available in Europe. Thus, they decided to produce it themselves.

When founding their company, the owners wanted to bring the spirit of argentinean barbecue – called Asado – to their customers. The logo was to reflect this atmosphere. Thus, the logo design is very rough, portraying the gaucho’s lifestyle and the male, archaic character of barbecue/asado. The font has been chosen accordingly.

The name „Asadrán“ is a fancy name – combining the argentinean term for barbecue (Asado) and the spanish word for scorpion (Alacrán) as a reverence to its pointed and effective sting. As the prong has two stings, the scorpion in the logo disposes two stings as well. His pincers look like flames, citing the barbecue fire.