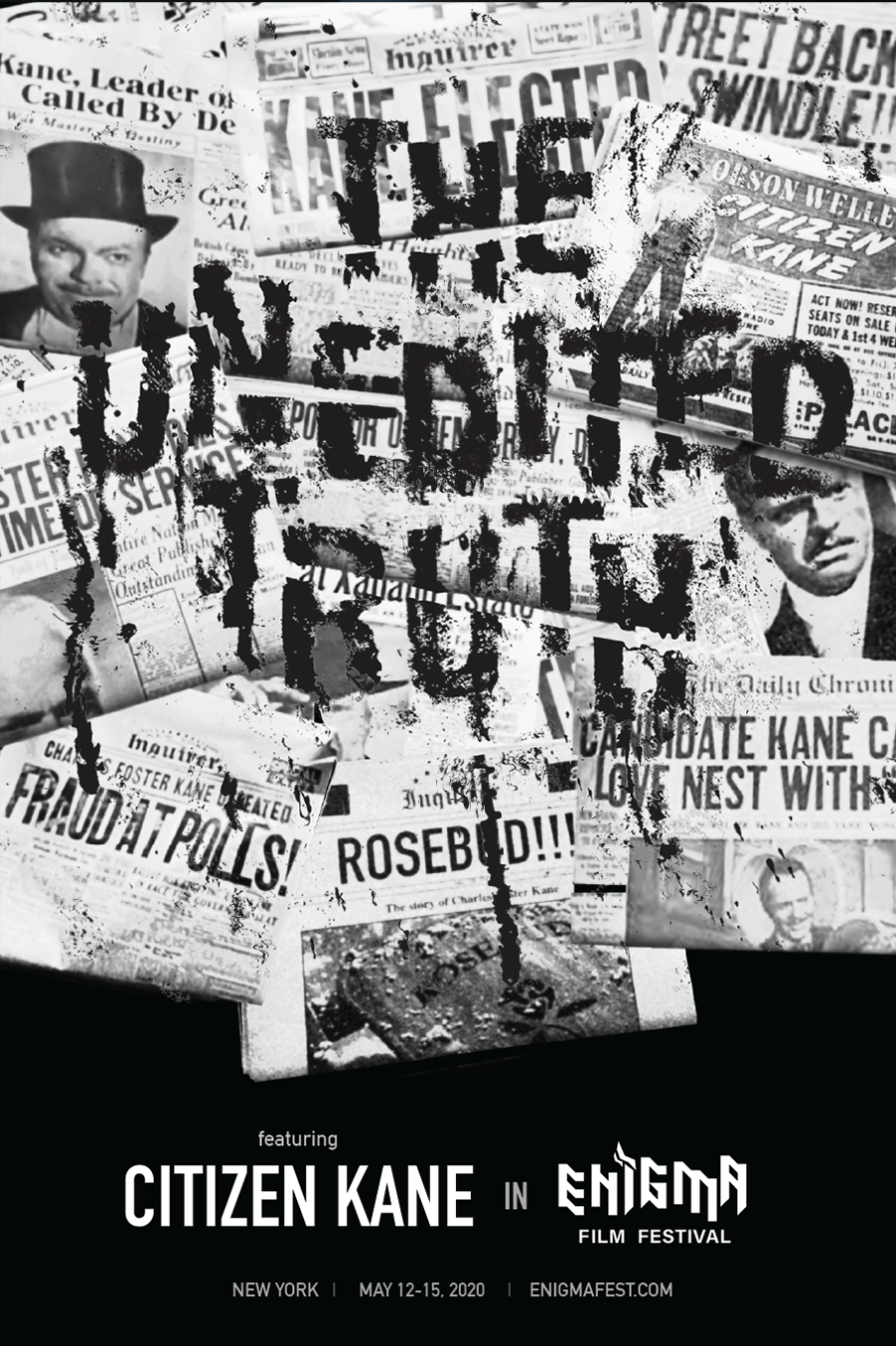 The goal of the project was to create a movie poster for Citizen Kane for a fictional film festival. I was required to create the typography by hand.

This is a promotional design for the movie Citizen Kane. After researching the timeless classic, it made sense to incorporate newspapers in some way since the main character, Charles Kane was a newspaper tycoon. Almost all of the newspapers seen in the background are derived from shots of scenes in the actual movie. The headline “The Unedited Truth” is based on the fact that the whole movie is based on a reporter trying to find out about the mystery of the final words of Charles Kane who has passed away. The title text was created by dabbing ink on a stencil I created. I then added some dropped of inks to make the type look old and mysterious. The final step was to treat the type in PhotoShop and blend it to look like it was painted on the newspapers. Setting the context was also an important part of this project. This lead to the creation of the “Enigma Film Festival” due to the mystery encapsulated in the film. The logo for the festival holds a sense of mystery with the unstable baseline and edges helping to encapsulate the meaning of the word.

This project was a success. My professor recognized the effort I had put into creating the type because it took many extensive attempts. The black and white color scheme of the poster is reverent of the time period and the grungy feel creates a sense of the unknown.