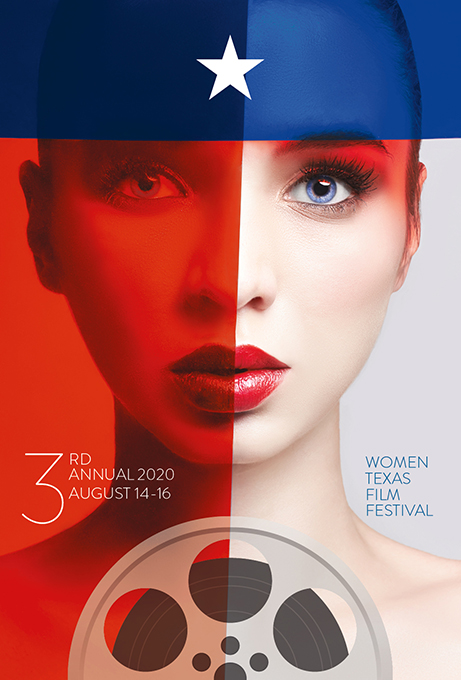 Assignment was to design a poster to be displayed at the participating movie theaters weeks before and during the festival. The festival client wanted a captivating image to grab the attention of the movie goer and inform of the upcoming festival/dates.

Our approach was to design a simple and powerful image that conveyed the festival name visually and to credibly portray them as the one and only "State of Texas" women's film festival. The festival had gained popularity after the first two years, but it wasn't visually promoted professionally, so we wanted to give them an image that instantly contrasted to the busy/messy posters they had in the past in order to give the message that they have become a growing professional festival.

The results were much higher attendance levels and the comments - "wow, you guys have really come a long way, we love the new look" by numerous attendees and our festival clients were very pleased with how we branded their 3rd annual festival.