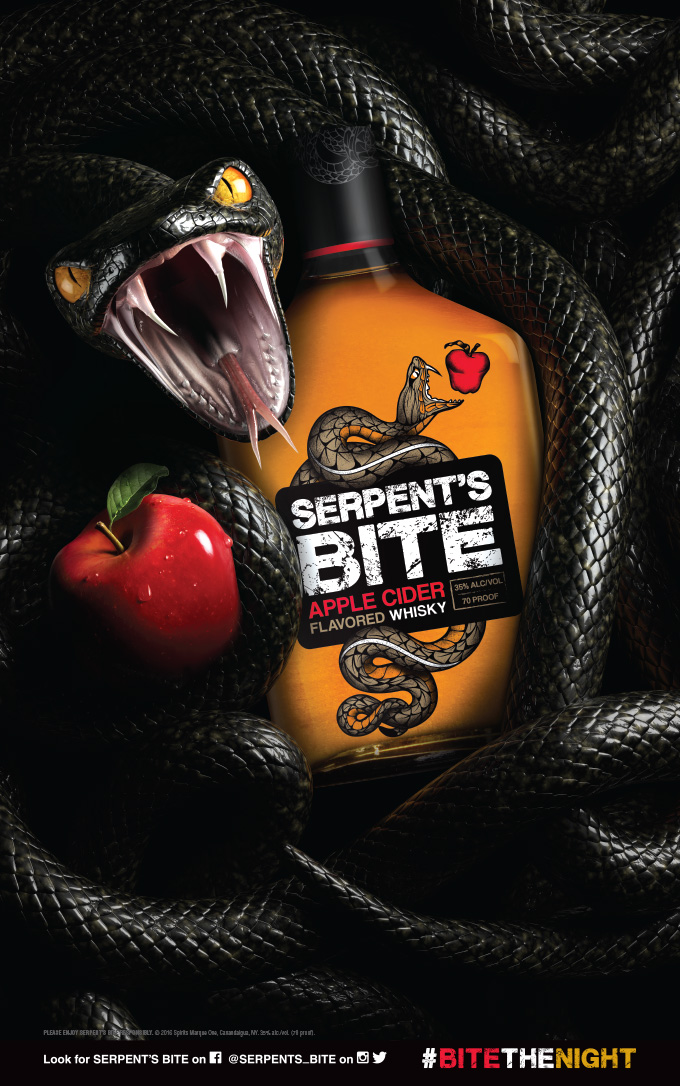 As an all-new brand, Serpent’s Bite did not have the historical cache that other whisky brands in the category are able to leverage in their point-of-sale programs. Because of this, we focused our efforts on creating a badass and heroic key visual that brought the brand’s serpent to life.

This key visual had to be visually striking yet also flexible. From concept to sketch to 3D render, we were responsible for developing the artwork that would launch the brand. As a ‘badass’ whisky centered around the shot ritual, the tone of our original imagery was moody, dark, and masculine. We wanted it to feel as though the brand’s serpent had come to life to protect the bottle and the whisky’s key ingredient – an apple. With a key concept and sketch in hand, we combined forces with our favorite 3D renderer and spent months studying snake anatomy, rendering apples, and photographing textures to ultimately create a spectacular key visual that brings the brand to life in trade ads, on and off-premise point of sale, and digital media.

A dynamic and impactful retail image comes to life across various pieces such as the submitted poster that was launched to support the brand nation-wide.