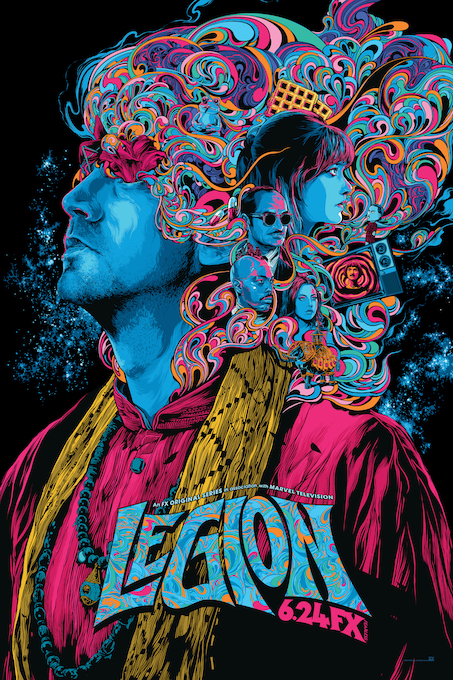 Legion Season 3 was a full psychedelic telepathic relationship crisis – the Protagonist David is now a hippie cult leader and his ex-girlfriend is out to kill him to save the world.

David Haller, the show’s near-omnipotent mutant telepath has recreated his life as the leader of a love cult and is worshipped by followers like a celestial god. Inspired by Peter Max, H.R. Pufnstuf and acid-trip album art, we commissioned artist Ken Taylor to illustrate not just the final season’s themes but also to drop narrative clues from the previous two seasons as well. Artist Ken Taylor crafted a chaotic, electric homage to rock star status in the psychedelic era, with a focus on the energy, memories and narrative clues all emanating from inside David’s head. Photo reference of the cast was shot specifically for this composition, as well as table top photos of show props.

The results were a campaign of diverse posters and billboards dense with easter-eggs.