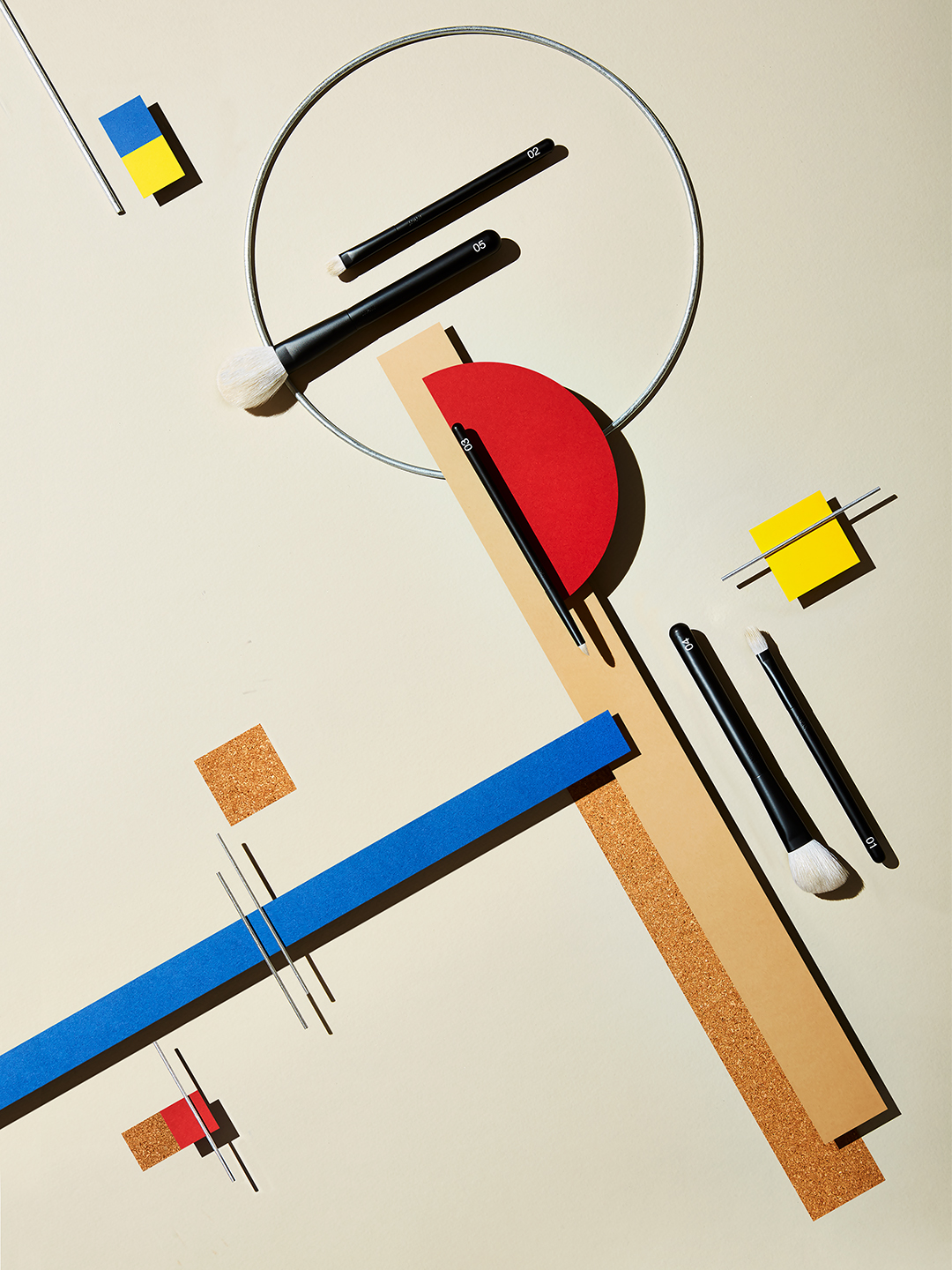 Rephr: The concept is heavily influenced by the Bauhaus movement and borrows ideas from artists like Walter Gropius, El Lissitzky as well as Laszlo Moholy-Nagy. The goal is to draw parallelism between the artisan cosmetic brushes and the early years ethos of Bauhaus, which it fashioned itself as a kind craftsmen's guild.

using paper and elements to create a modern setting