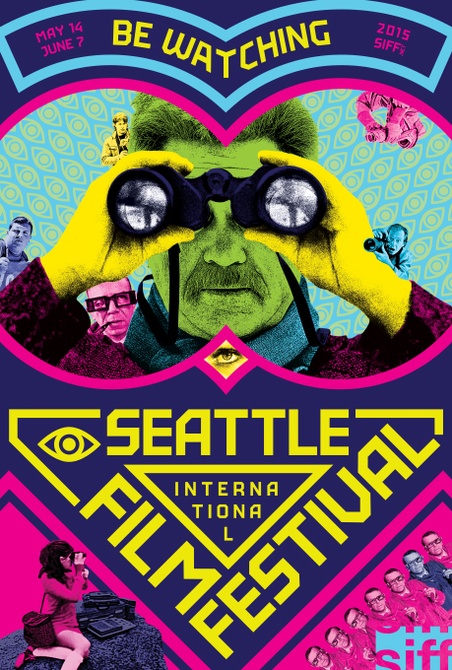 Annually since 1975, the Seattle International Film Festival has taken over Seattle theaters for three weeks to show over 400 films.

For the 2015 festival branding we decided to tap into the hot national conversation of surveillance. Whether it’s the NSA, your local police or drone enthusiast creepers people are increasingly aware that they’re being watched. So SIFF is inviting the watched to become the watchers. After all, aren’t moviegoers just Big Brothers with popcorn and Red Vines keeping tabs on pop culture while grasping onto the joy that entertainment brings? For three weeks, we’re allowed to spy on stranger’s lives, walk in their shoes and tap their experiences … legally.