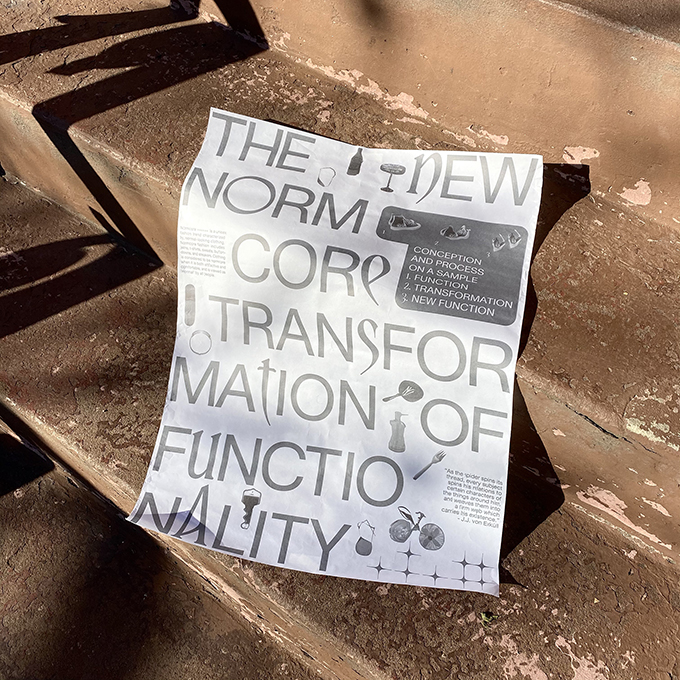 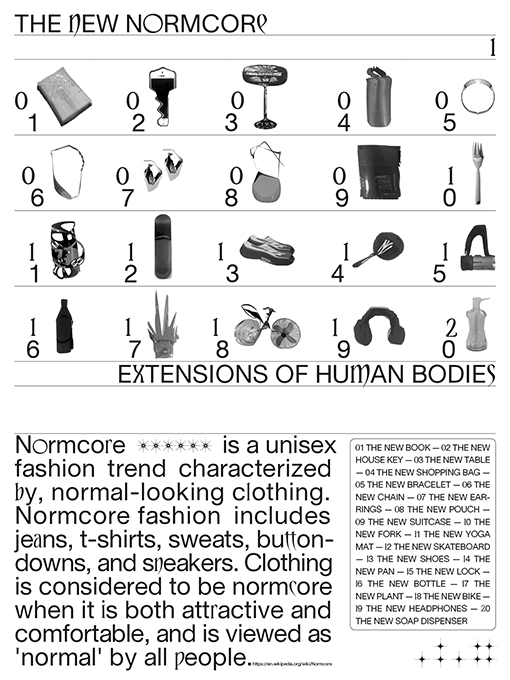 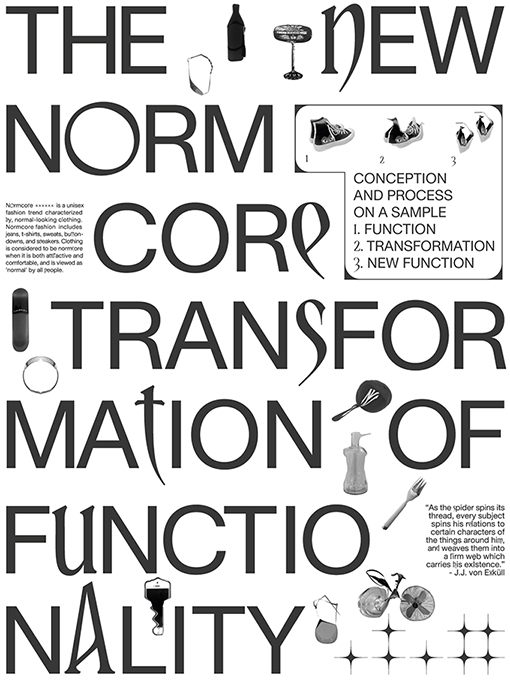 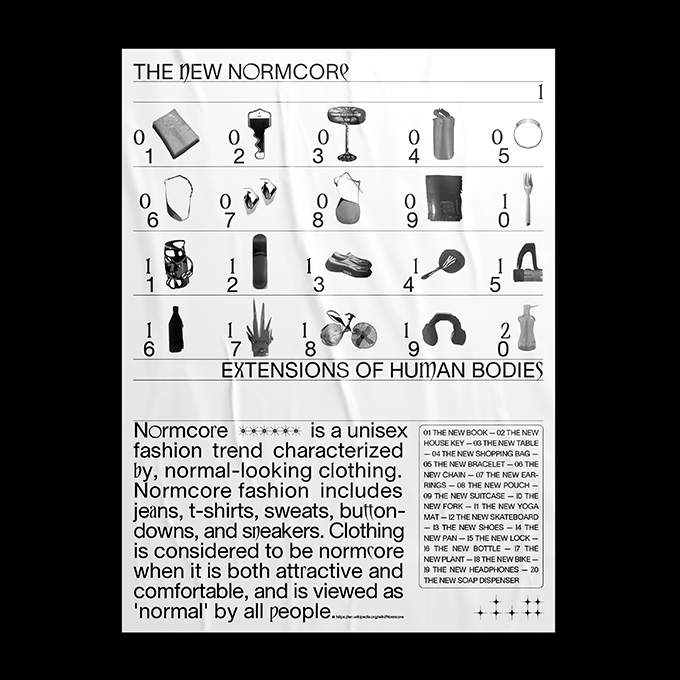 The project goal was to gather a visual collection, and after theoretical analysis, transform the collection into a new meaning.

Quote of the professor's email: "Through the process you should develop a rigorous and disciplined methodology for exploration, be able to articulate your intentions, and constructively question assumptions about materials, media and visual expressions."

The New Normcore is a speculative research about products and their function.
It is inspired by the movement of ‘Normcore’ and plays with its definition.

The definition of Normcore is not strict, but for example, Wikipedia states it like this:
“Normcore is a unisex fashion trend characterized by normal-looking clothing. Normcore
fashion includes jeans, t-shirts, sweats, button-downs, and sneakers. Clothing is considered to be normcore when it is both attractive and comfortable and is viewed as ‘normal’ by all people.”

At the beginning of the project, I started to photograph regular objects around my daily
environment: bottles, shoes, a table, a fork. The common feature of these objects was that
their function was obvious to their environment: for instance, to decorate, to save, to hold,
et cetera.

I started to think about each of their functions. How would it be, if they were items of a
transformation and the new function could be seen as so normal, so usual to everybody?

Different posters were made throughout the process. The aesthetics of these posters complement themselves with the definition of “norm-core”. The use only of black and white, of a neutral font, implies sobriety.

However, using here and their letters of a very unusual, middle-age font (Yamas by Jules
Verne) gives it the twist of something different, something unusual, something “new”.
What I wanted to achieve with this project was giving a new perspective of what we define
as “reality” and “the norm” - which can hardly be defined, and which sometimes shouldn’t
be defined at all. “The norm” is different from everyone else - and that was my personal
idea of my posters of “The New Normcore”.

The project got very positive responses and part of it was also featured on the social media of the Graduate Design Network at Pratt Institute.