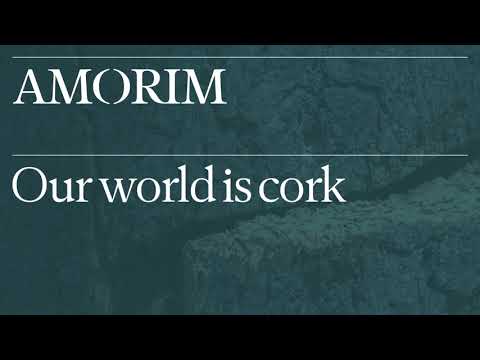 Corticeira Amorim, founded in 1870, is the world’s biggest cork processing group.
Their rebranding was commissioned on the occasion of the company’s 150th anniversary and the new visual identity linked a long history with a strong commitment with the future.

The graphic concept lies in a very simple idea, grounded in the territory and the company’s core - cork. The previous visual identity resorted very literally to the cork oak tree. We went a step further, and synthesised this matrix into the “o” in the middle of the word “Amorim”. Divided in two, it now represents the bark embracing the trunk of the tree and the cycles of renewal that characterize cork production and it’s extraordinary sustainability.
Being a multinational group, we then had to develop and unfold the visual system into the myriad of companies that integrate it. One of the touchstones of this project was the development of a specific typeface - Amorim -, designed by DSType Foundry. Articulating this font with a rational layout system, as well as colour and image codes, allowed to integrate the system’s complexity under a coherent global identity.