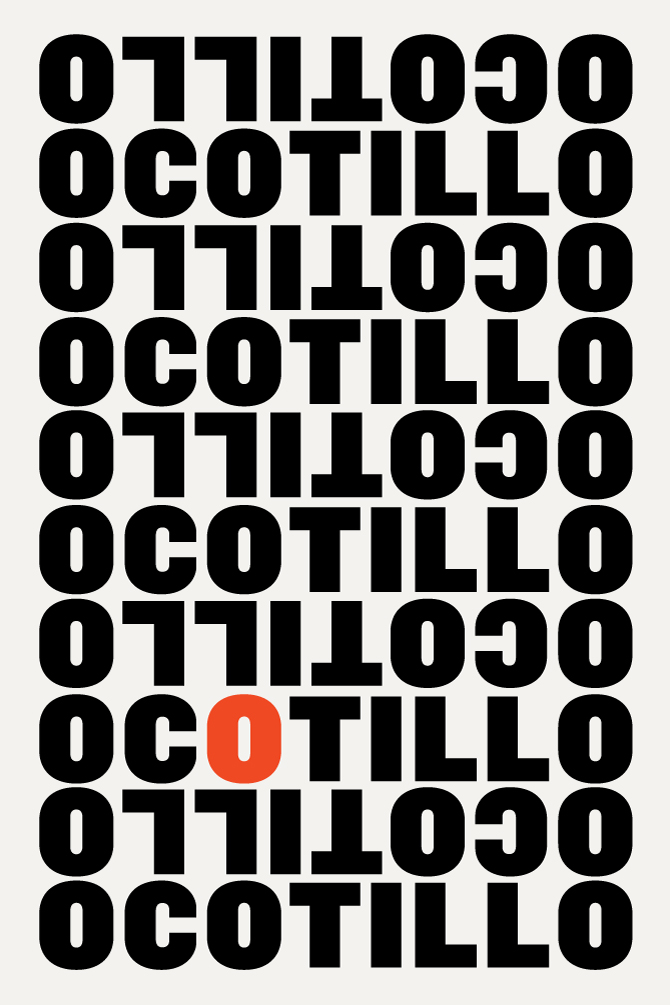 Create a graphic that can be used to promote Ocotillo, an apartment project developed by Ardent Residential in southwest Austin. The intent is for the graphic to be used on posters and other promotional and environmental applications.

The ocotillo plant, for which the development is named, is native to the Southwestern United States and Northern Mexico. For much of the year, the plant appears to be an arrangement of large spiny dead sticks, although closer examination reveals that the stems are partly green. With rainfall, the plant quickly becomes lush with small (2–4 cm), ovate leaves, which may remain for weeks or even months. Bright crimson flowers appear after rainfall in spring, summer, and occasionally fall.

The project name, "Ocotillo", starts with and includes three “o”s. We created a design that turns the unusual word into a pattern, while highlighting one “o” in the color of the ocotillo flower.

The silkscreened 24”x36” poster is used to embellish the sales center and as a giveaway to potential tenants.