The Woman Who Read Too Much 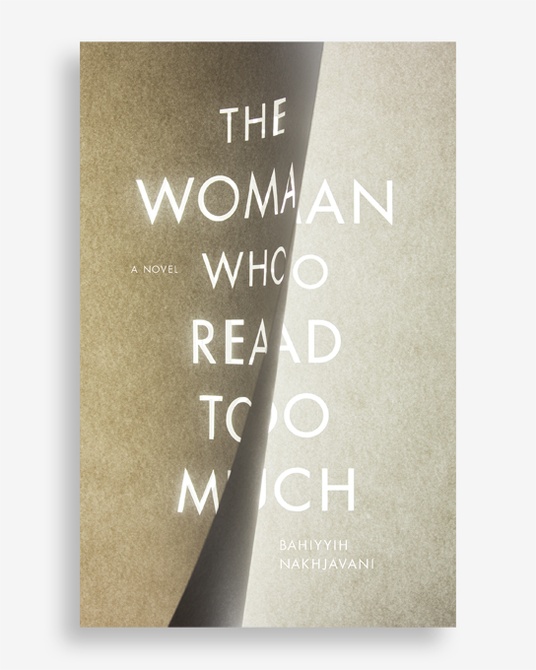 Title
The Woman Who Read Too Much

Book cover design for “The Woman Who Read Too Much,” a novel by Bahiyyih Nakhjavani.

Summary of the novel:
Gossip was rife in the capital about the poetess of Qazvin. Some claimed she had been arrested for masterminding the murder of the grand Mullah, her uncle. Others echoed her words, and passed her poems from hand to hand. Everyone spoke of her beauty, and her dazzling intelligence. But most alarming to the Shah and the court was how the poetess could read. As her warnings and predictions became prophecies fulfilled, about the assassination of the Shah, the hanging of the Mayor, and the murder of the Grand Vazir, many wondered whether she was not only reading history but writing it as well. Was she herself guilty of the crimes she was foretelling?

Set in the world of the Qajar monarchs, mayors, ministers, and mullahs, this book explores the dangerous and at the same time luminous legacy left by a remarkable person. Bahiyyih Nakhjavani offers a gripping tale that is at once a compelling history of a pioneering woman, a story of nineteenth century Iran told from the street level up, and a work that is universally relevant to our times.

A photograph of letterforms glowing through turning pages represents the protagonist’s shocking acts of learning to read and casting aside her veil.

This book was published by Stanford University Press in 2015.