To not speak is to speak. To not act is to act. 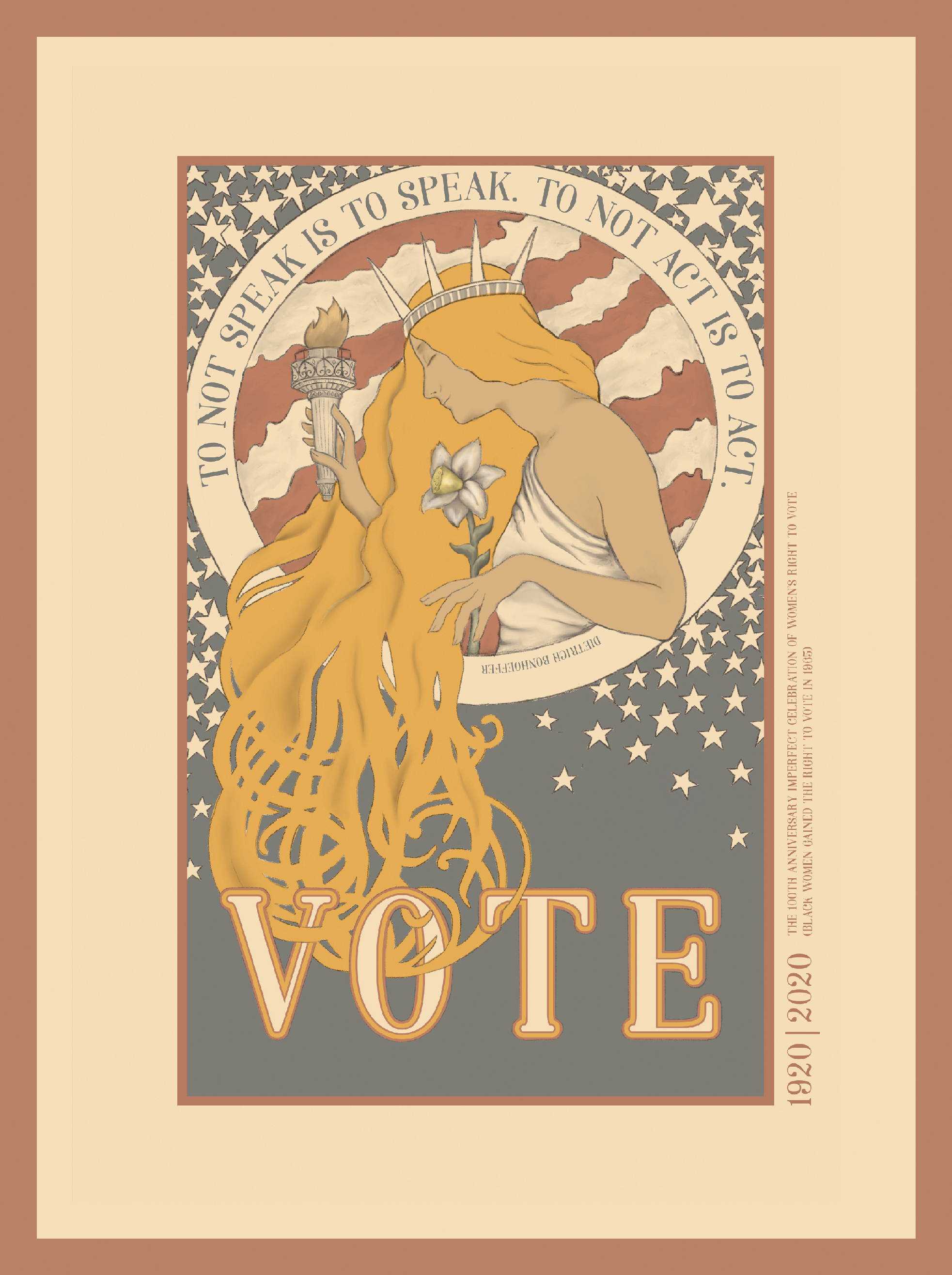 Client
AIGA Get Out the Vote: Empowering the Women's Vote

Client
AIGA Get Out the Vote: Empowering the Women's Vote

"2020 marks the centennial of the ratification of the 19th Amendment, granting women the right to vote in 1920. It was the first legislation for women’s voting rights. Not until the passage of the Voting Rights Act in 1965 were voting rights of all women protected and enforced. The Get Out the Vote: Empowering the Women’s Vote poster campaign, in partnership with the League of Women Voters, invited designers to commemorate the beginning of 100 years of women’s voting rights, and to motivate the American public to register and turn out to vote in the 2020 election. This campaign aspires to not only support voter participation, but to also serve as a backdrop for dialogue and examination of the history of voting rights and women’s fight for equality."

I wanted to build a sense of familiarity for this piece, so I based it on several Art Nouveau posters by Alphonse Mucha and Paul Berthon. The piece by Berthon, which I visually reference, symbolized the ideals of the 'happy few' who remained aloof from present turmoils. In my version, I have made the main figure the statue of liberty, with her eyes closed to injustice. In her hand is the flower, Narcissus, which represents selfishness. Lady Liberty also has some long, flowing pandemic hair, as it's been a while since she has been to see her hairstylist.

The quote I selected was by German theologian and anti-Nazi activist, Dietrich Bonhoeffer, who said “Not to speak is to speak. Not to act is to act.” I might add: Not to vote is to vote.

The primary goal of this poster was to encourage people to vote and to share that message with others. This piece was (and is) available for free to anyone to download and print or to share on social media.