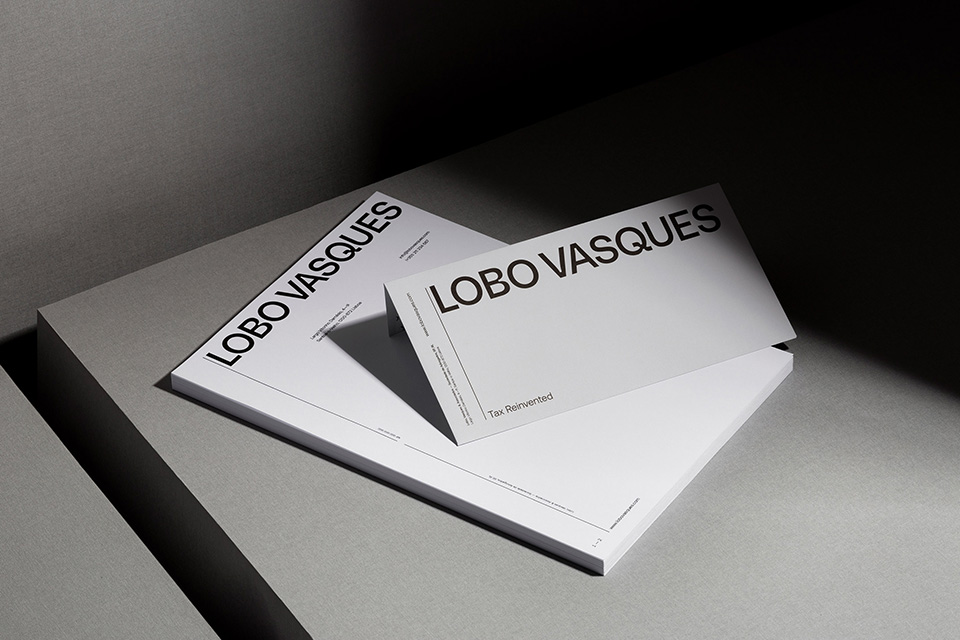 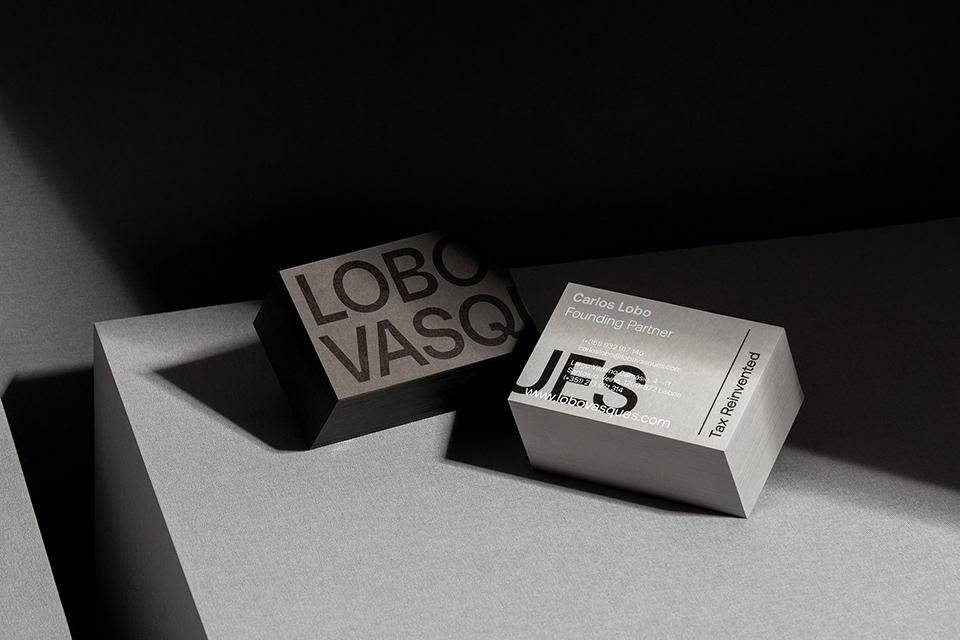 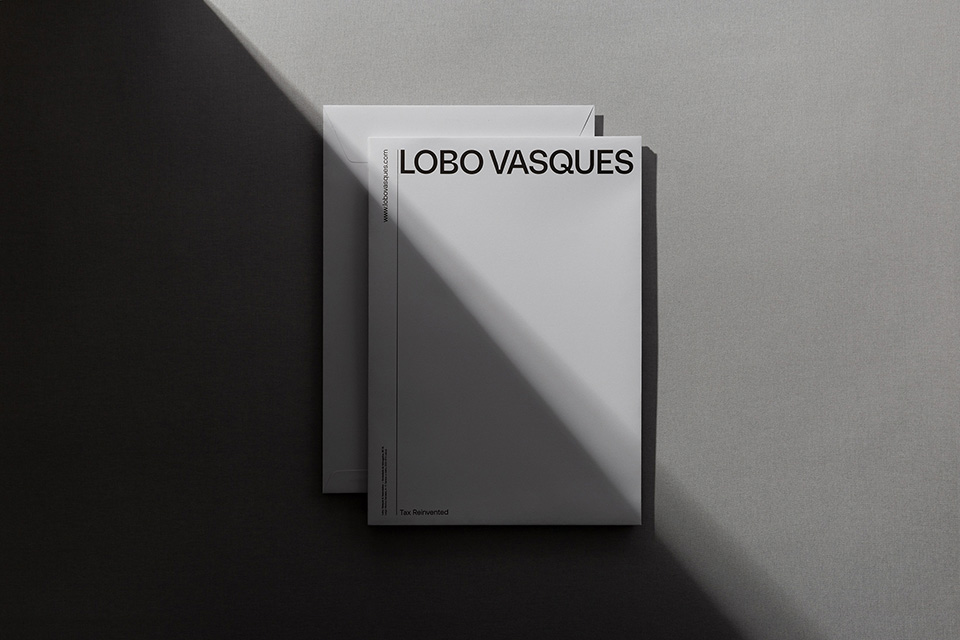 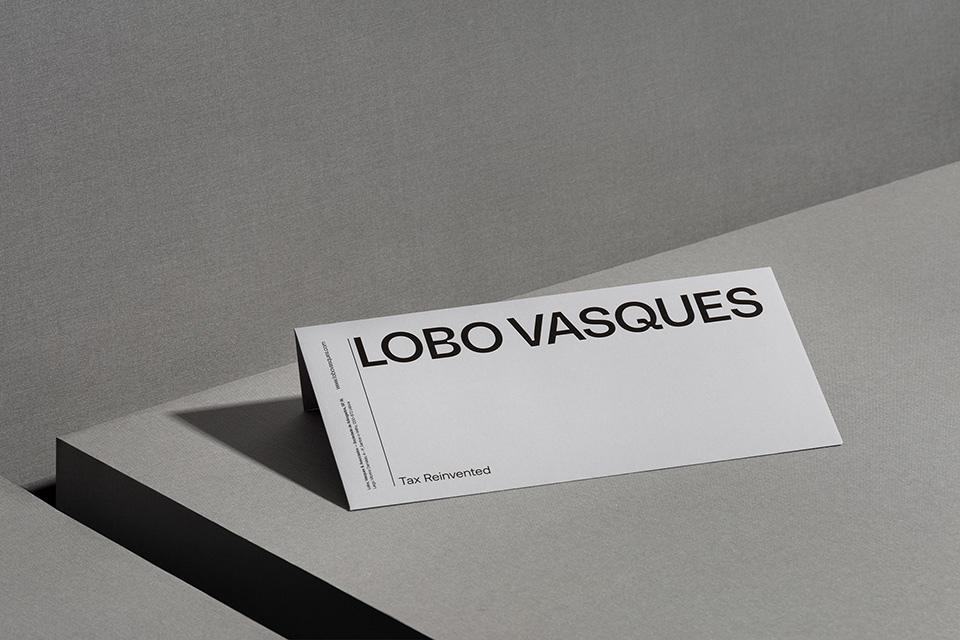 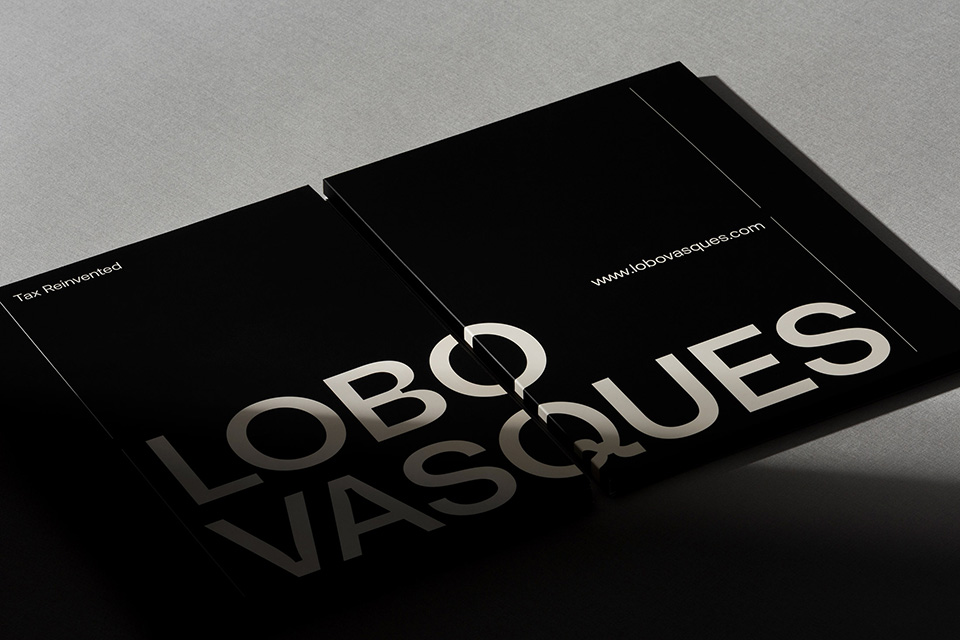 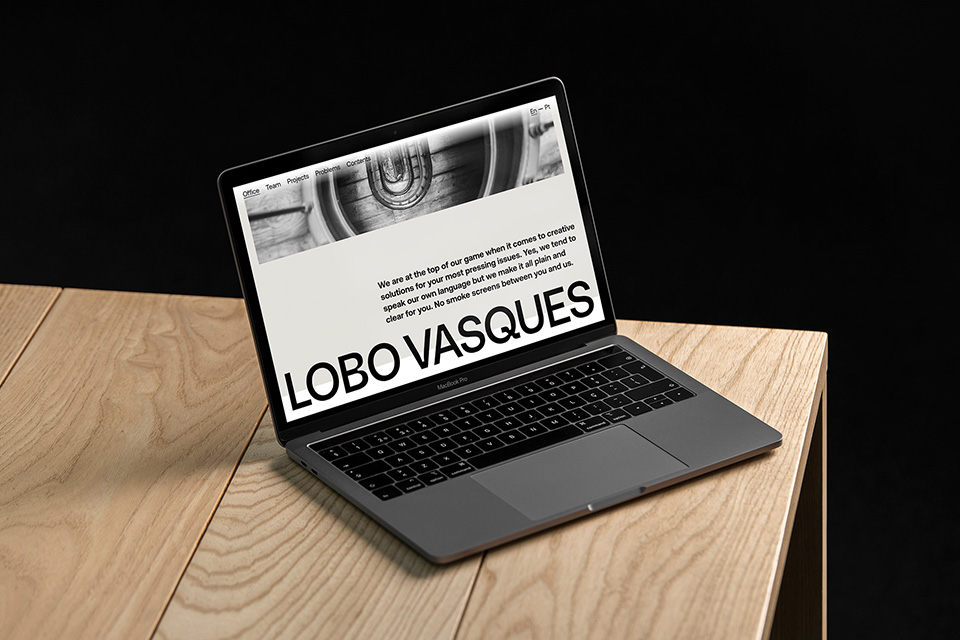 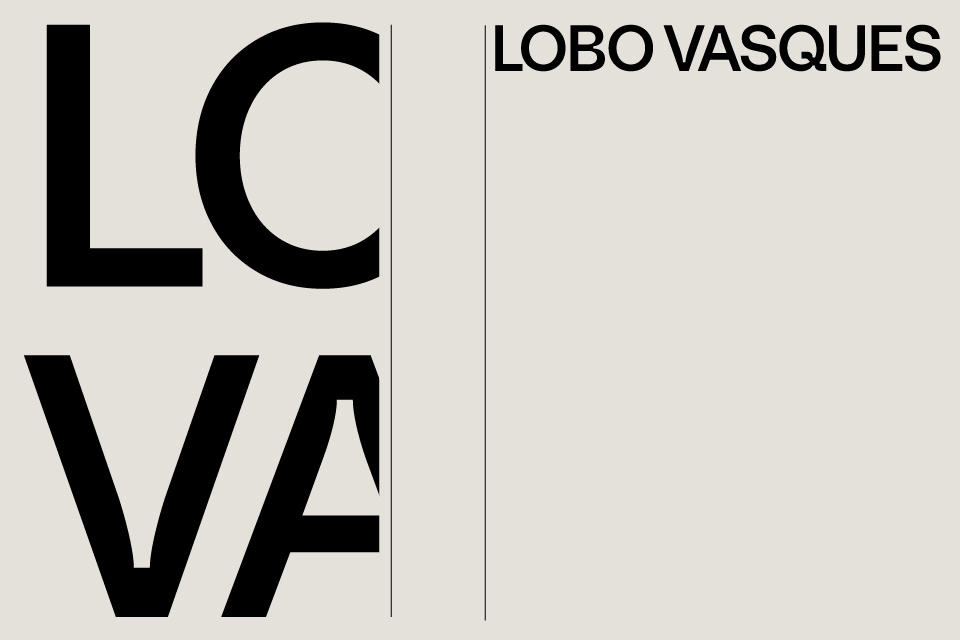 Lobo Vasques is a boutique law firm in Portugal specializing in tax law. With its eyes on the world, the company works closely with leading clients in the most diverse areas of taxation, providing the most sophisticated answers to the most difficult problems.

With a strong culture, and without much give to its philosophy, Lobo Vasques appears with a strong image, challenging in the way it communicates, from the tone of voice to the photographic style. A disconcerting identity vis-à-vis the visual canons of tax law, marked by the type of irreducibility that we tend to find only in realities far from law or finance.

This irreducibility is very evident in the typographic preponderance, where its dimension and spatial limits take a decisive role. Our study of the work developed by Josef Müller-Brockmann, a Swiss pioneer in the exploration of the grid as a design element, contributed heavily to this result. To mark its application, we made use of a line that traces the limits of the various sections of the pieces we developed. This intends to emphasize the logo, which acts as a perpetual umbrella for the rest of the information.

The photography direction, with its sober aesthetics aimed at an apparent laid-backness, takes advantage of the dispute of shadow and contrast that becomes apparent as you value the use of empty-space more. The result is a brand full of fighting spirit, as unshakable about its graphic confidence as about the solidity of its harmony.