The real barrier is our silence 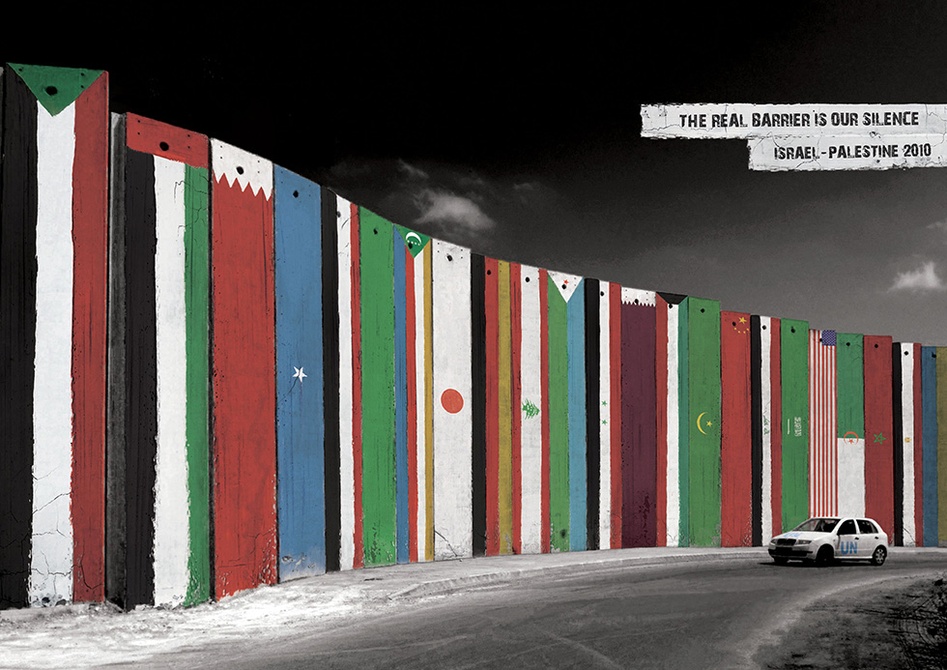 The Israeli West Bank barrier is a security and separation barrier under construction by the State of Israel along and within the West Bank. Upon completion, the barrier's total length will be approximately 700 kilometres (430 mi). 90% of the length of this barrier is a fence with vehicle-barrier trenches surrounded by an on-average 60 metres (200 ft) wide exclusion area, and 10% of the barrier is an 8 metres (26 ft)-tall concrete wall.

Israelis most commonly refer to the barrier as the "separation (hafrada) fence" and "security fence" or "anti-terrorist fence”.

Palestinians most commonly refer to the barrier as "Racial Segregation Wall", and some opponents of the barrier refer to it in English as the "Apartheid Wall."

The International Court of Justice, in its advisory opinion on the barrier, wrote it had chosen to use the term "Wall" as "the other expressions sometimes employed are no more accurate if understood in the physical sense."

The BBC's style guide for journalists states "The BBC uses the terms barrier, separation barrier or West Bank barrier as acceptable generic descriptions to avoid the political connotations of "security fence" (preferred by the Israeli government) or "apartheid wall" (preferred by the Palestinians)."

The nations are having a disagreement about the naming the barrier, but none of them are reaching to any kind of agreement to make a difference to remove the barrier or at least to help the Israelis and the Palestinians resolve their conflict and to achieve the ultimate peace!

Actions speak louder than Silence! The real barrier is our silence not the actual physical 8 meters (26 ft) concrete wall!