Can labels for Asgard Brewing Company 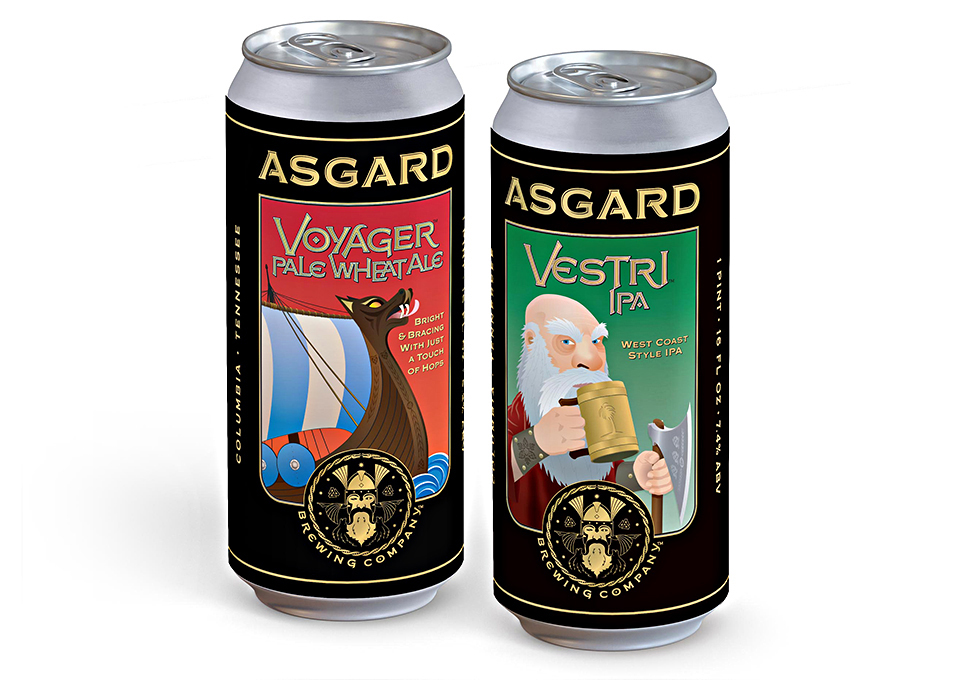 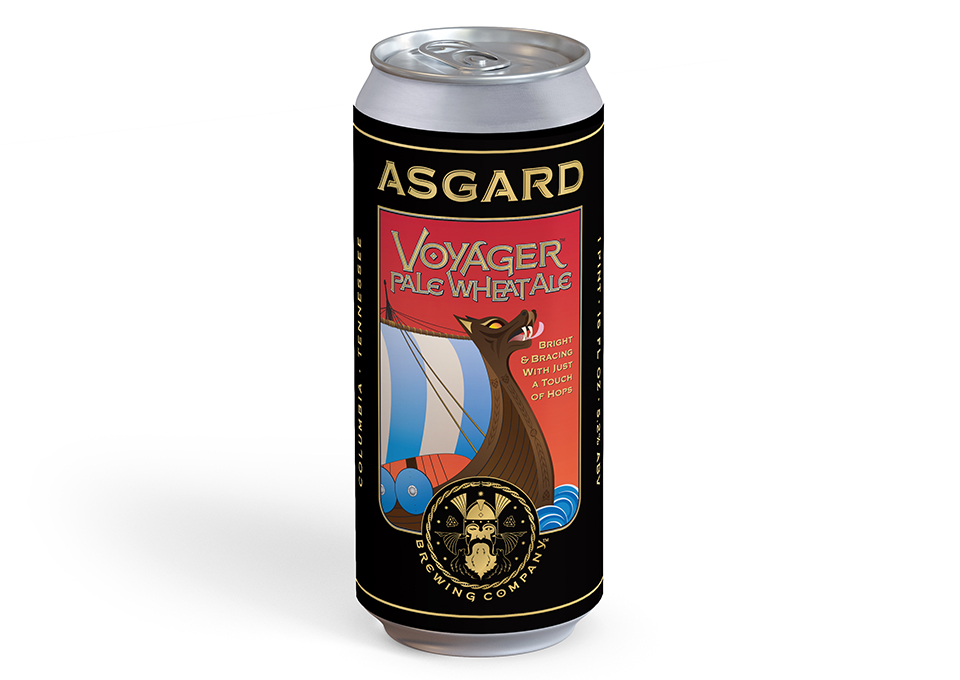 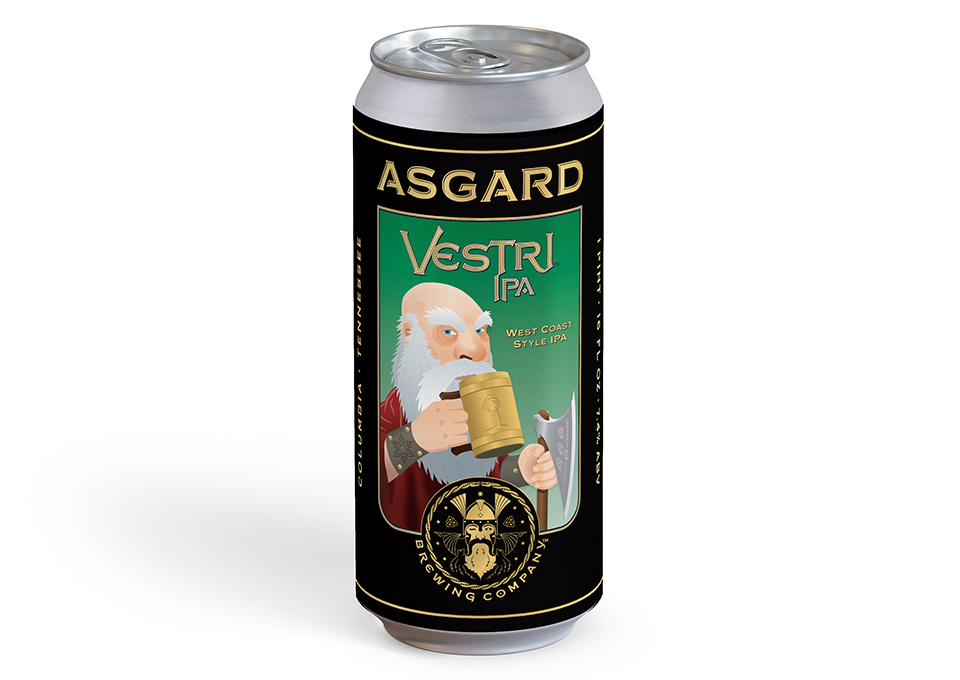 Our ongoing development of the identity for Asgard Brewing Company continued with the labeling for their first two canned beers.

"Voyager" suggested a Viking sailing ship to us. The sail and bow of the illustrated ship are based on historically accurate reference material. We felt strongly that the figurehead needed to be unique to set it apart from any other and took liberties with the traditional perception of Viking figureheads to create a distinctive design.

According to Norse mythology, Vestri is one of four dwarves who held the dome of the heavens. Each of the four dwarves’ names corresponded to the cardinal directions—Vestri being west, as he supported the western sky. It is an inspired name for a West Coast-style IPA—kudos to the Asgard team for coming up with it. We felt the important thing in illustrating Vestri was to create a unique character image and avoid looking like John Rhys-Davies' Gimli in Lord of the Rings.

The client loves the designs and is getting very positive feedback about them. The cans hit store shelves just before the deadline for this competition, so there are no sales figures to report at this point.