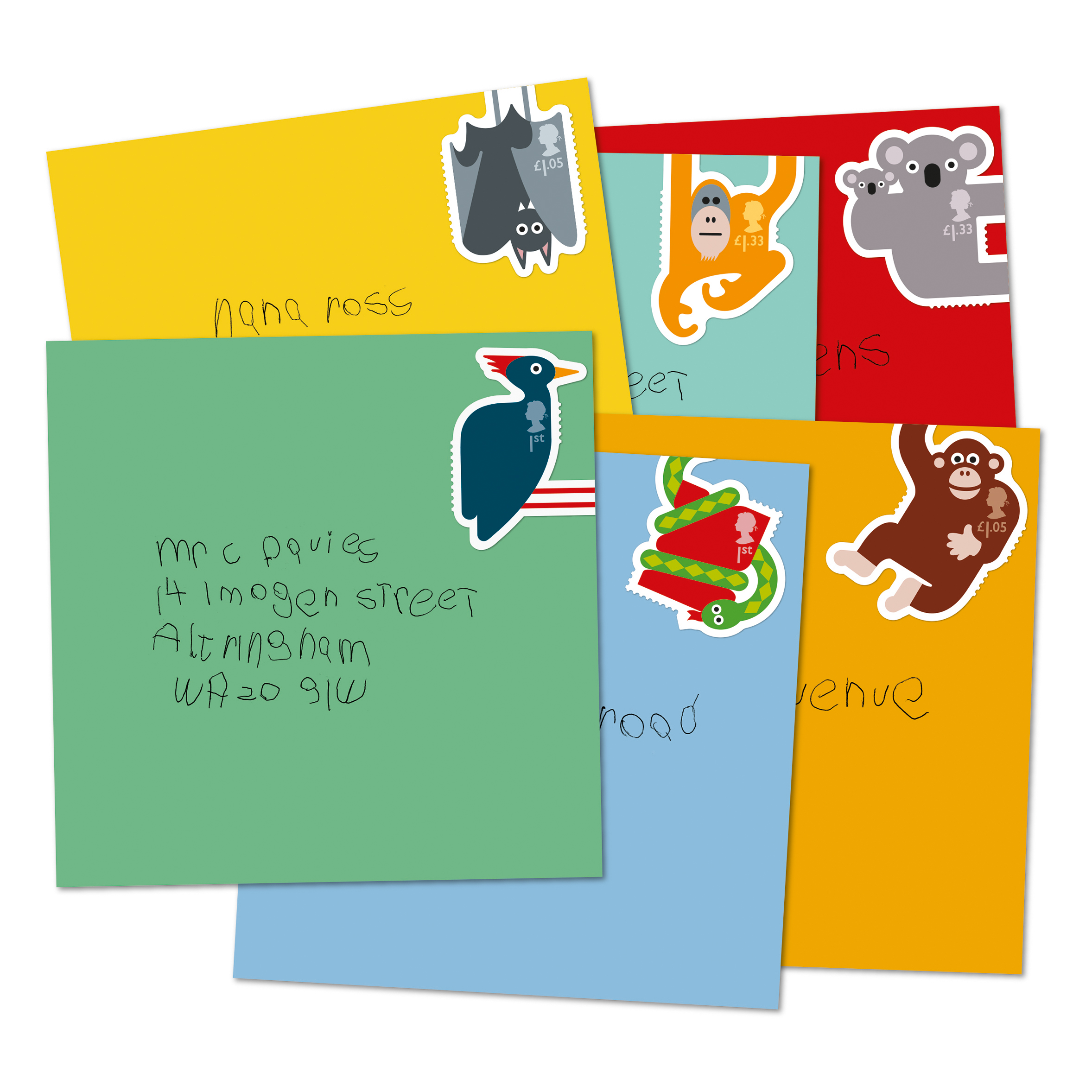 ‘Animail’ is a set of six stamps designed by Osborne Ross for the Royal Mail.

The brief was very open: “design something which has never been done before and which will appeal to children”.

The designers created a series of creatures whose hands, feet or tail fold around the edge of an envelope or postcard, resulting in the animal appearing to be holding on.

The thought of a single fold in a piece of paper bringing the creature to life appealed. Here was an idea which would be enjoyed by children and adults alike, whilst achieving something which e-mail and texting couldn’t compete with. The design emphasises the point of difference which makes receiving a piece of post so special.

Each stamp had to conform within technical constraints regarding how big it was, it’s positioning on the envelope, the choice of colours which enabled a good phosphor reading for the sorting systems and also how much of each stamp could appear on the back of the envelope. They were also tested rigorously to ensure that they didn’t peel off when passing through postal machinery.

The creatures were illustrated in a simple geometric way, tempered with a little friendliness and quirkiness to give the creatures personality. Simplicity allowed the images to work small and to give a suitable area on each stamp to allow for the Queen’s head and value. Straight edges were incorporated into the designs which allowed for perforations: part of the visual language of a stamp.

Evidence of how the idea has been received will be sent as a physical submission along with a set of the stamps.