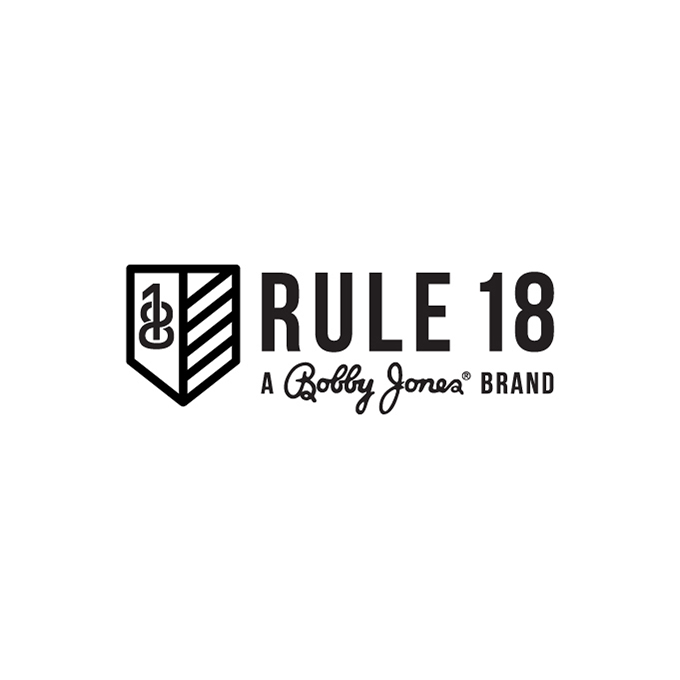 The assignment was to concept and design a new logo for a new brand from Bobby Jones aimed at the 20 somethings who wanted a golf club style of clothes but didn't play golf.

We utilized the "Rule 18" penalty that is called when a golfer accidentally moves their ball that is in play and receives a penalty of one stroke. Bobby Jones famously enforced this rule on himself in the 1925 U.S. Open even though it ended up costing him the tournament and the referees insisted that they did not see it move. Thus Bobby Jones was always known for his sportsmanship and his integrity.

The launch was very successful and continues to be so.