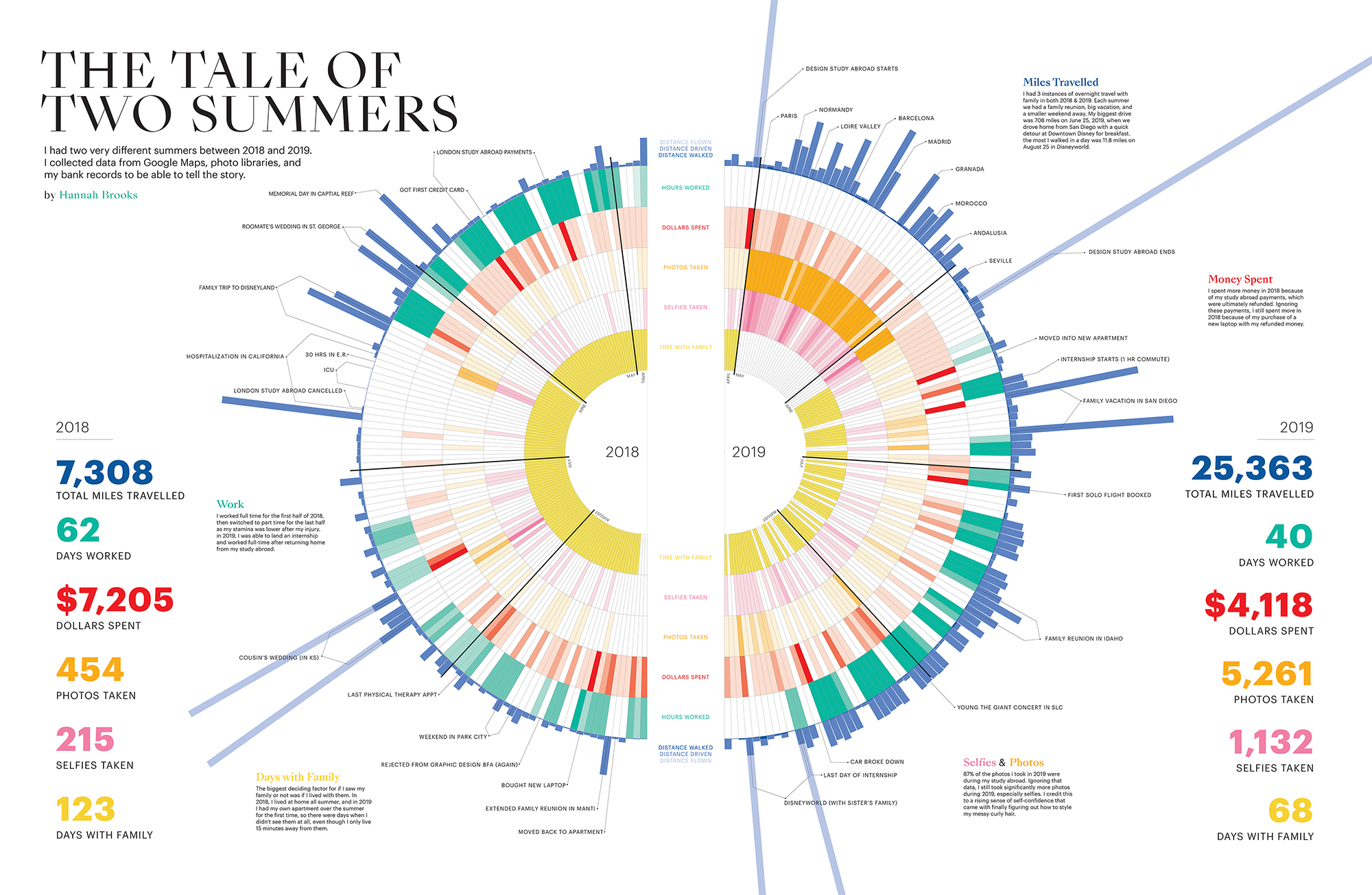 Title
A Tale of Two Summers

Our assignment was to tell a story that dealt with data related to either time or space, and to show it in a new way than standard depictions.

I chose to display and compare data from two years of summers, and the events that took place in them. I combed through my bank records, map data, and photo stream to collect various data points that would combine into an overall story. My two summers had many events that influenced this data, and once I laid out the numbers, it was clear that I needed a complex visual to appropriately give weight to each variable. After much ideation and data testing, the form I decided to use to tell this story is facing semicircles, with rows for each data variable, and a column for each day. I used color value to represent the amount of each variable, as well as height for the distance traveled along the outer ring. I included callouts of specific events that influenced the numbers, as well as totals and summaries of each variable.

By using distance traveled, days worked, dollars spent, photos and selfies taken, and time spent with family, I used my quantitative data to tell a qualitative story from my life.