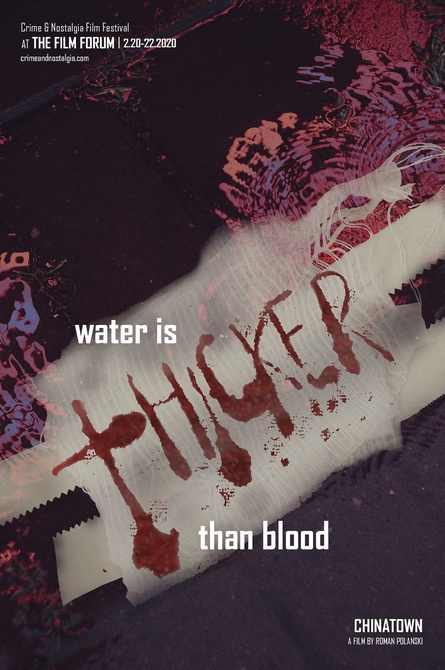 The assignment was to create a film poster and use a slogan or phrase that suggests an idea or symbolism shown in the film. Part of the text had to be hand drawn.

A photograph that contained neon lights with water on the concrete was chosen to hint at the final scene of the film when it is raining in Chinatown, New York. Then, the hand rendered text "thicker" was scanned and put on the bandage. The bandage was photographed with a camera and photoshopped into the picture as well.