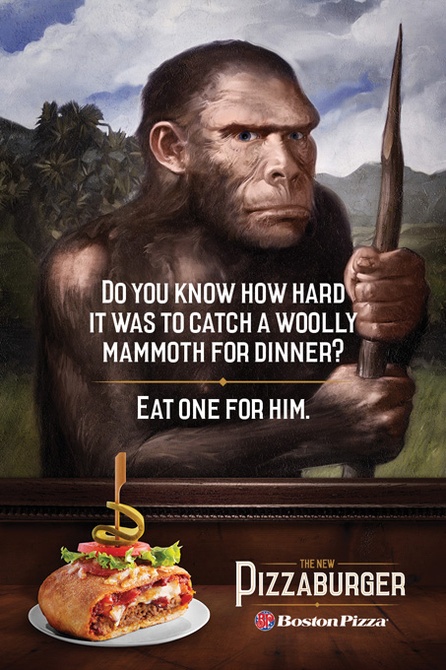 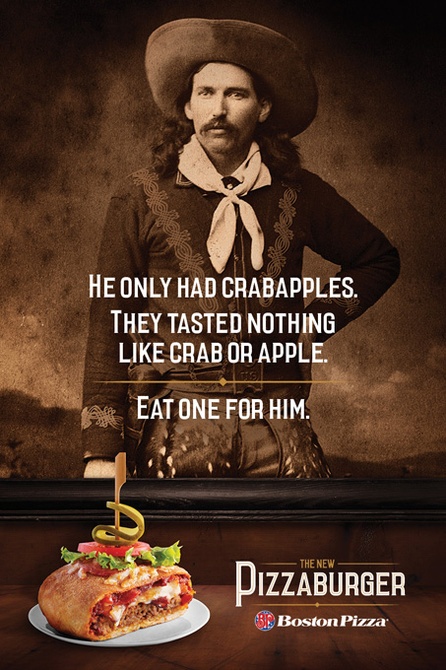 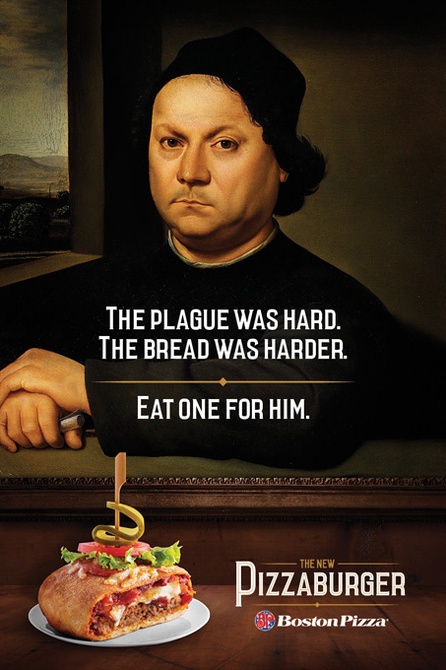 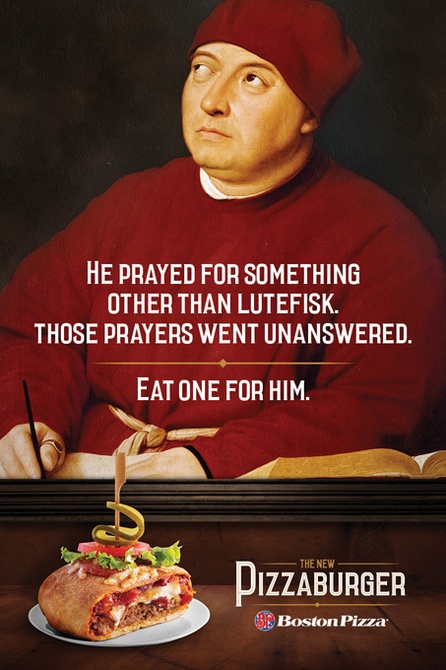 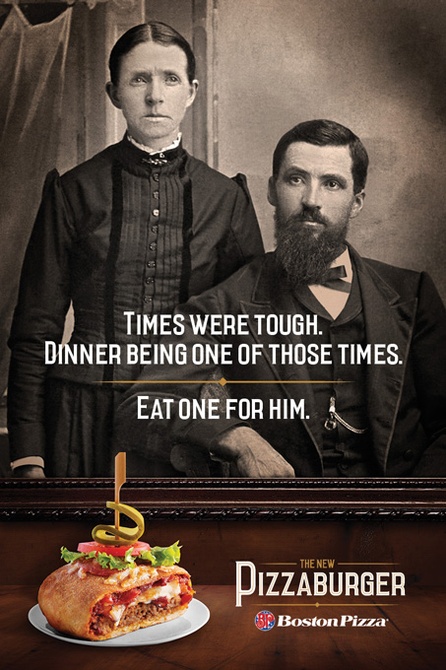 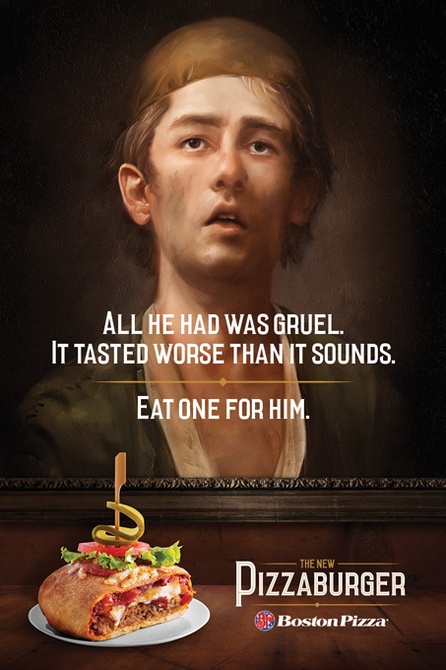 With the name Boston Pizza (BP), it’s understandable that you could be mistaken for just a pizza restaurant. But pizza is only part of BP’s story. Every location also has a sports bar and dozens of dude-friendly menu items that pair perfectly with beer and playoff games.

With the NHL playoffs kicking off and Canadian men filling sports bars across the country, the timing was perfect to introduce the Pizzaburger from Boston Pizza – a bacon burger wrapped in a pepperoni pizza.

Hockey fans were not just watching multiple games every week but also deciding where was the best place to watch the games. So offering them something that they couldn’t get anywhere else was the perfect driver to help them decide on watching the game at Boston Pizza.

Because of the nature of this food innovation, BP wanted to make its audience feel like it was a part of something historic. It wouldn’t be enough to just call it “new.” They wanted to create something far more dramatic. Boston Pizza guests weren’t just buying a burger; they were biting into a piece of food history.

In the past, BP had successfully used third-party endorsements to lend credibility to its food news. This time, it wouldn’t be just one guy, but many, and not just modern man, but men throughout the ages. Men of the past would encourage the men of today to try the new Pizzaburger in their honour. The Pizzaburger campaign depicted men throughout history – a caveman, a peasant, a knight, a cowboy, and a Viking – struggling with their food choices, or lack thereof. The message was that they may not have had options then, but you do now. So do right by them and try Boston Pizza’s new Pizzaburger. The in-store posters and other in-store collateral pieces acted as an extension of the TV and digital creative in-market. The posters featured various men throughout history and further reasoning as to why you should eat one for them.

Boston Pizza’s Pizzaburger increased sales in the category by 232% (versus the same period in 2012). BP expects to see a dramatic rise in sales for burgers when the next results are reported. The 353,000 Pizzaburgers sold during the campaign also made it the biggest product launch in BP’s 49-year history and as memorable a moment as any in the 2013 playoffs.