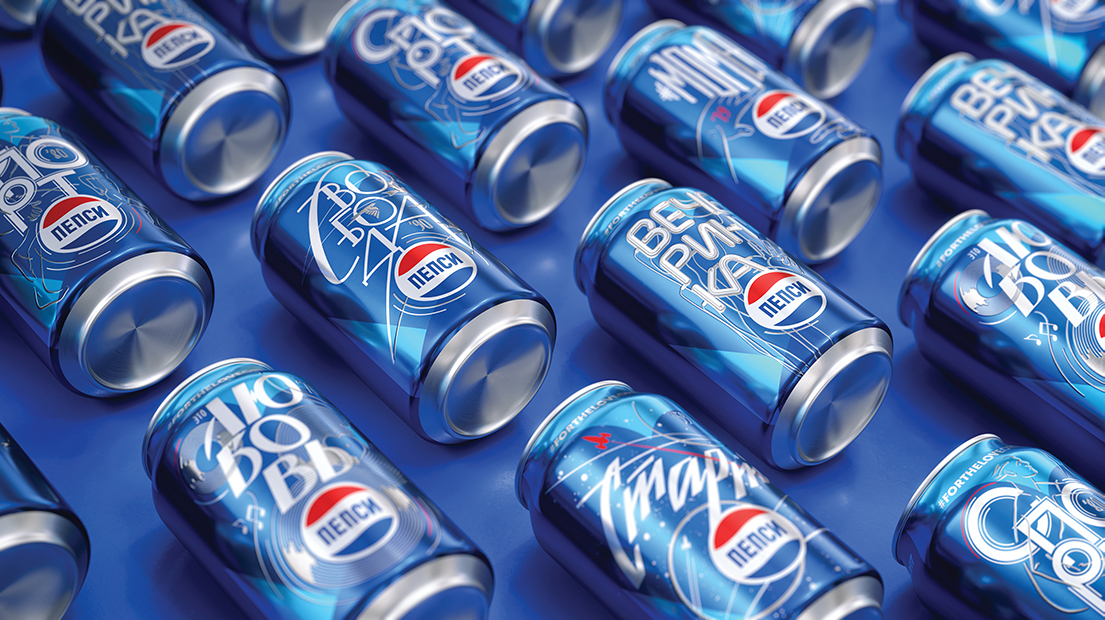 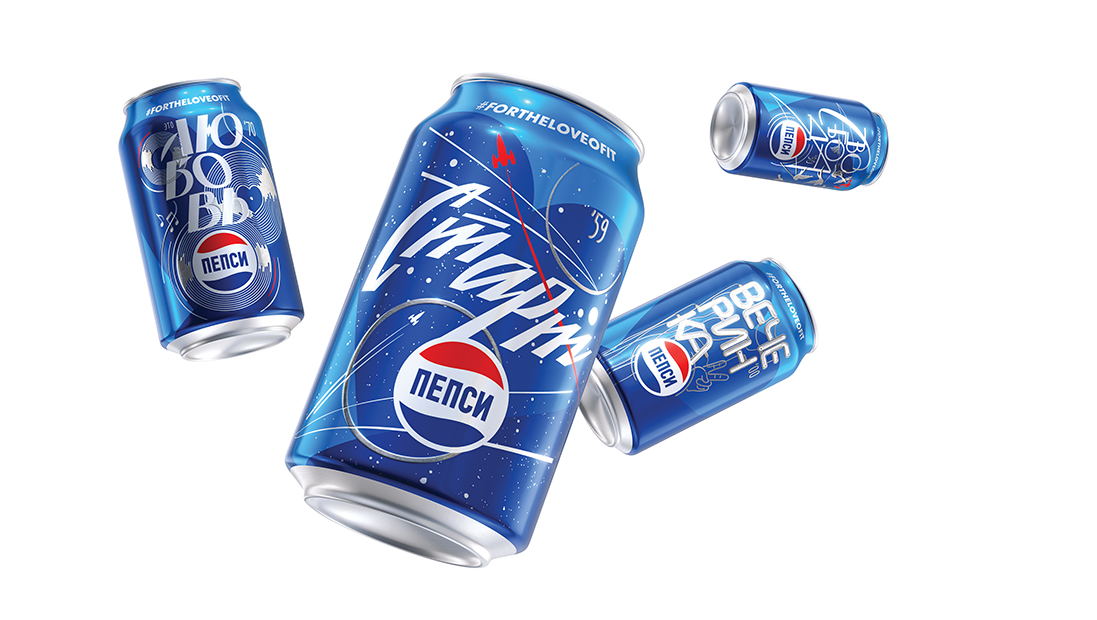 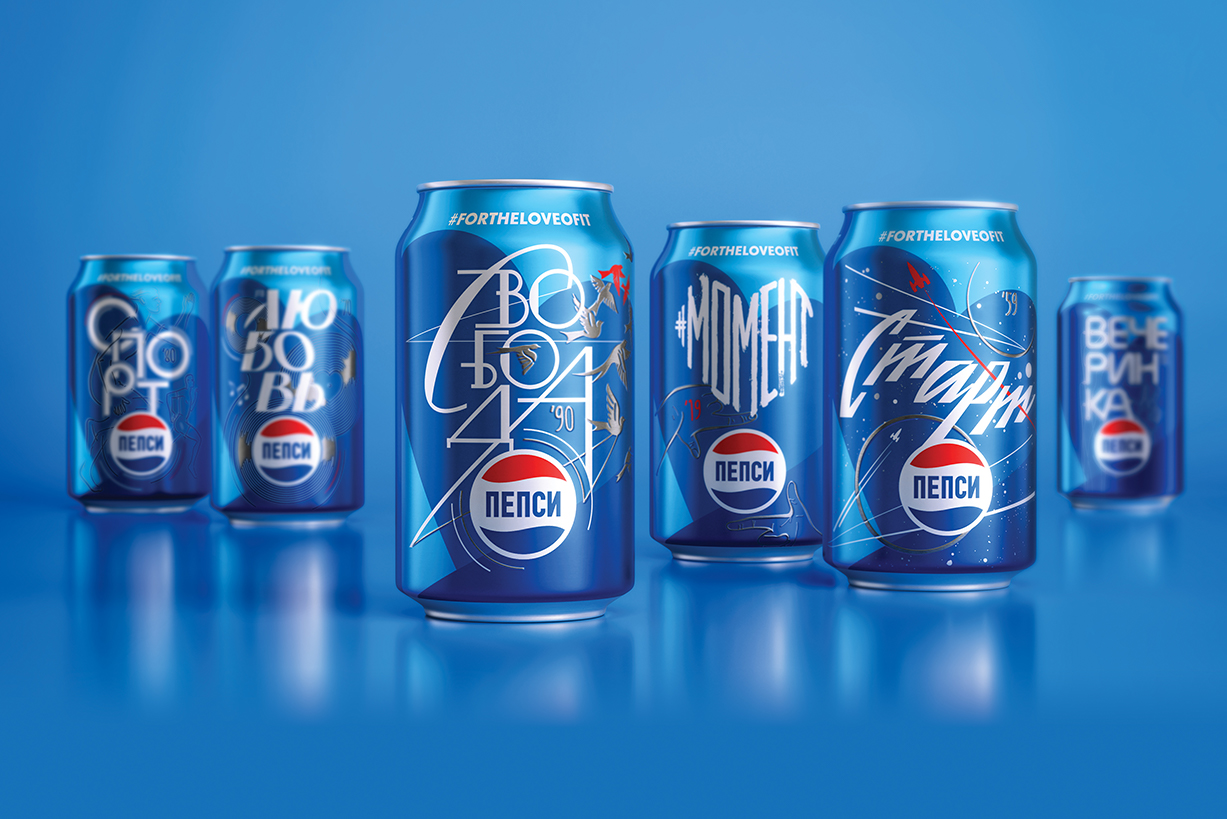 Pepsi celebrated 60 Years in Russia with a set of six collectable, limited-edition cans, each representing a different decade. Each can features a unique design inspired by the most significant events from the corresponding decade, celebrating both the past and present. The designs are driven by the unique Russian lettering system and include symbols that resonate emotionally with consumers. The idea behind this collection is that Pepsi has become an inseparable part of Russian culture over the last six decades and design connects Pepsi fans across generations.

The first can design in the collection commemorates the 1960s. The word ‘Start’ reflects the first Russian spacecraft successfully launched to the moon, LUNA 3, and the start of new, radical, exciting discoveries in Russia. The second decade represented is the 1970s with a can design featuring the concept of ‘Love.’ During this time, Russian society enjoyed a quiet and comfortable life, with increased attention on culture. The third design in the collection, featuring the word ‘Sport,’ reflects the 1980s, which was a decade marked by the XXII Summer Olympic Games held in Moscow and the Soviet Union opening its doors to foreigners.

The 1990s was a turning point for the whole country of Russia. It was the period of the Soviet Union’s collapse and the country’s transformation, so ‘Freedom’ is the word shown on the can. In Russia in the 2000s, the decade was marked by significant economic growth and expanded digital technologies. This is the ‘Party’ can, as a number of musical styles such as hip hop and breakdance made their path to Russia. The final can in the collection celebrates the current ‘Moment’–it’s just the beginning. This represents new experiences, the rise of Generation Z, and fascinating new discoveries.