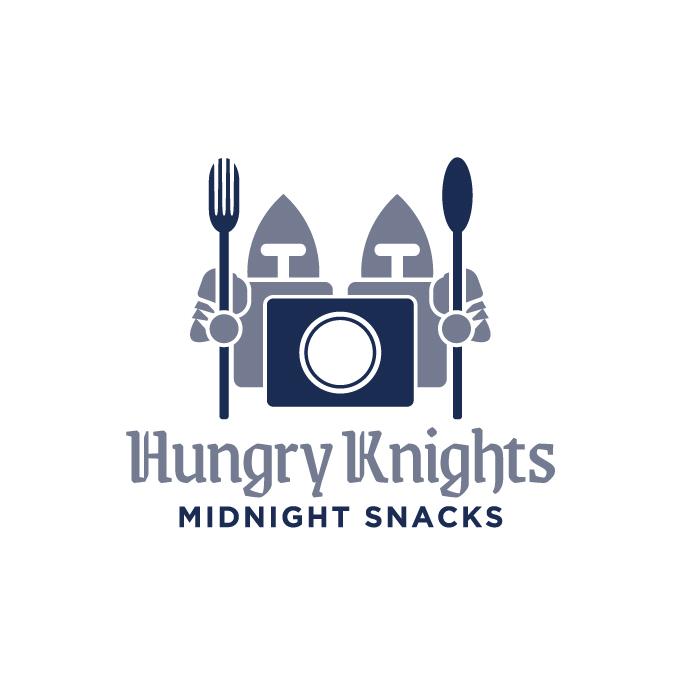 The goal of this project was to create a pictorial logo design, by combining two objects, for Hungry Knights, a company whose focus is on healthier midnight snacks.

While researching knights, I noticed the things they used (swords, javelins, banner poles, spears) and the armor they wore. I created a pair of knights based on the research I had done. I replaced the banner poles they were holding with a spoon and a fork, each on their respective side. I had originally given the knights separate shields, but soon realized I could further emphasize the dining element in my design by merging the two shields to create a placemat with a plate on it, which doubled as a moon as well. The colors are inspired by the night sky and the moon. The idea of a moon in the shield and the colors comes from a double entendre in the name — hungry (k)nights.

This logo is successful because it cleanly incorporates elements of both knights and utensils. It is clean, recognizable, highly conceptual, and clever while still being clearly understood.