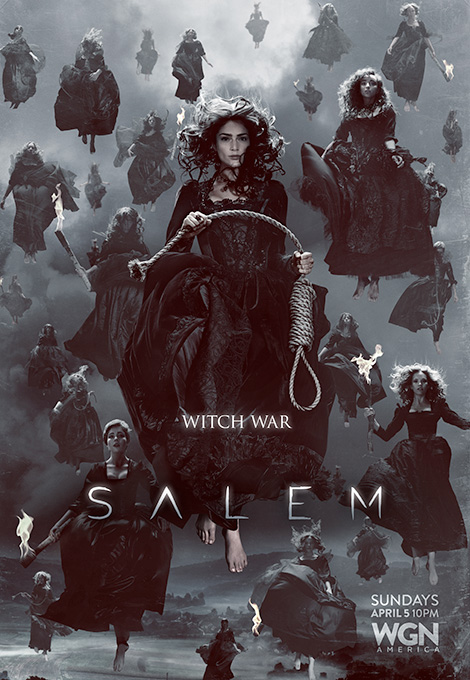 Following the success of the first season’s campaign, WGN was looking for a strong iconic poster to launch Salem’s second season that would have a similar impact. Without any readily recognizable stars, season one’s campaign was intended as more of a teaser image. But for season two, the network wanted to capitalize on the equity it had built in the cast, especially the lead, Janet Montgomery. While still feeling iconic, the art needed to tell two stories, one of Janet Montgomery’s character’s immense power, and the other of the impending war between the four main witches.

Continuing our process from season one, we focused first on getting our heads around the details of this season’s storyline, looking for themes and visual cues that would inspire great concepts.

The result was two distinct pieces that each told their part of the story to draw people into the show. According to Deadline, “performance of the 10pm telecast nearly doubled its viewership, representing a significant 99% increase over the networks total viewers (1,014,000 vs 510,000) ranking as this season’s second-highest lift of any new or returning premiere on cable.”