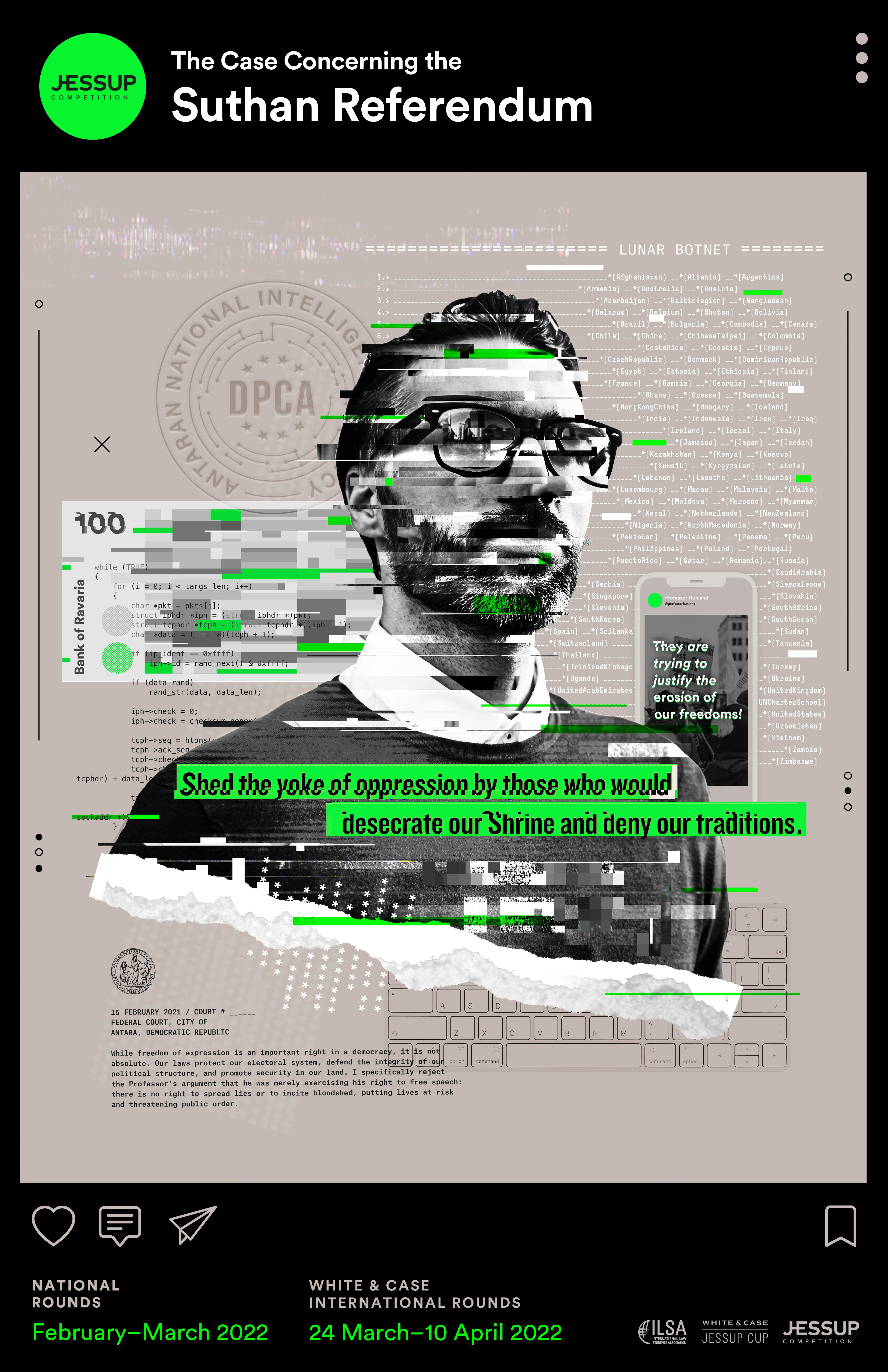 BACKGROUND
White & Case is the sponsor of the Jessup Cup—Philip C. Jessup International Law Moot Court Competition. It’s is the world’s largest moot court competition, with thousands of law students from around the world presenting oral and written arguments in a fictitious dispute between two countries in front of the International Court of Justice.

ASSIGNMENT
Create an exciting poster which brings this fictitious case to life for the students and judges participating in the Jessup and encourages the students to participate in this year’s competition.

AUDIENCE
Law students from over 100 countries, lawyers and judges as well as members of the International Law Students Association.

The key issues of the dispute are the main elements of this design.

The Suthan independence referendum results were influenced by illegal financial contributions and social media misinformation operation led by Prof. Hunland, who planned to run for president of the independent Suthan. Secret documents, which were allegedly obtained illegally, pointed to the deployment of Lunar Botnet, which infected thousands of devices and created chaos and violent protest leading up to, and during, the referendum.

The story is brought to life by a chaotic collage of quotes, court documents, social post, botnet code and other elements of the case, surrounding the photo of Prof. Hunland. The design was glitched and pixelated to represent the distortion of reality his campaign created, and hacking of computers and devices which influenced the referendum results.

To serve up this concept, we used a social media-like design as a frame and a vehicle for the case title, competition dates and organizers’ logos. The list of over 100 countries participating in Jessup creates the textured background stylized as the Lunar Botnet code.