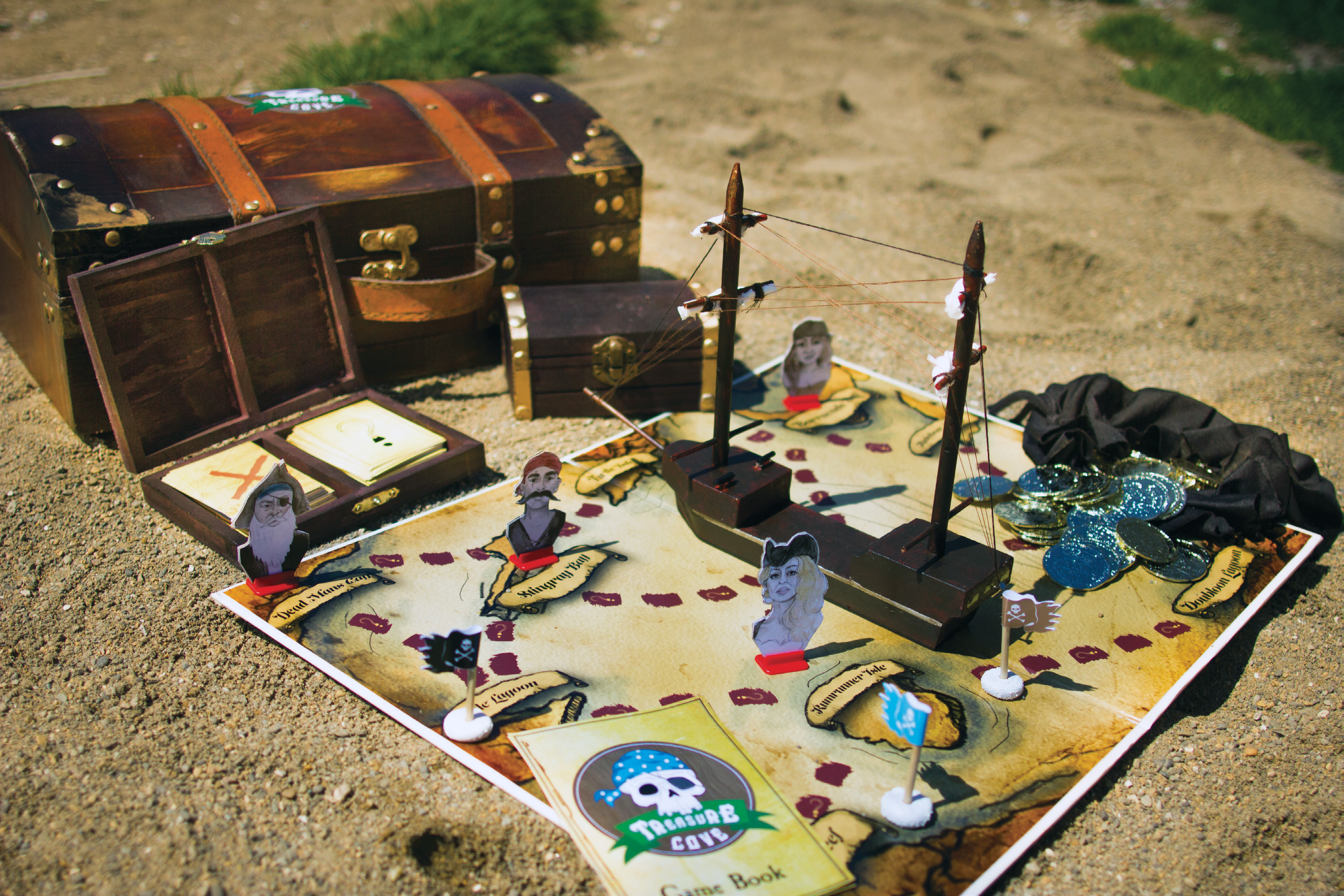 You and your gang of misfit pirates have
been captured and taken aboard Captain
Black-beards ship. You have been
locked in the ships brig for weeks floating
in the middle of the Caribbean Sea. Finally,
you hear shouting coming from up above you
on the top deck: “Land Ho!” The crew is cheering
and you hear a few crew members discussing
the hidden treasure that is waiting on one of
the surrounding islands.
Your adventure begins when you and your
crew members pick the cell lock and break out
of your floating prison. Before anyone notices,
each of your crew members takes the ships
lifeboat and lower themselves to the waters
below. Once you’re off of the ship, an argument
breaks out between you and your crew
members. No one wants to share the treasure.
So the race begins to find the treasure on one of
the surrounding islands!