The Missions of San Antonio 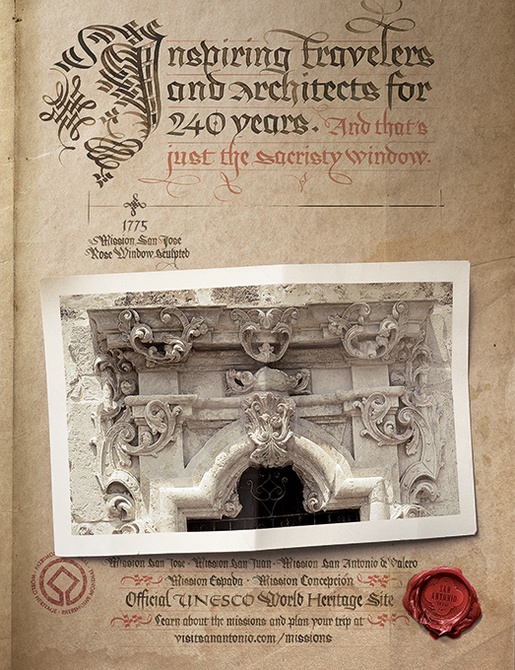 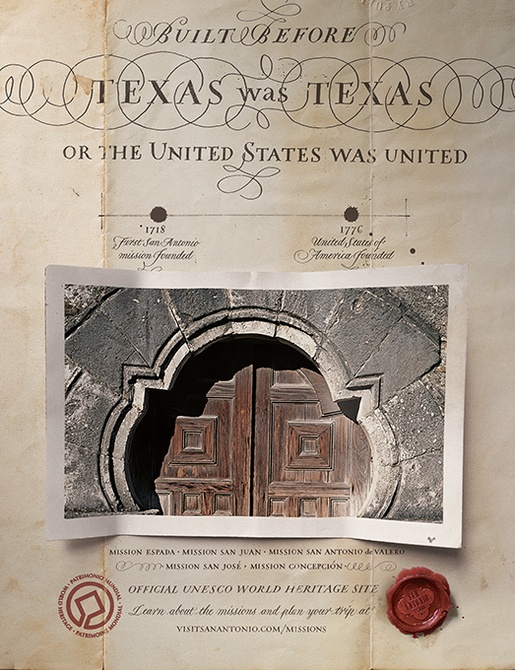 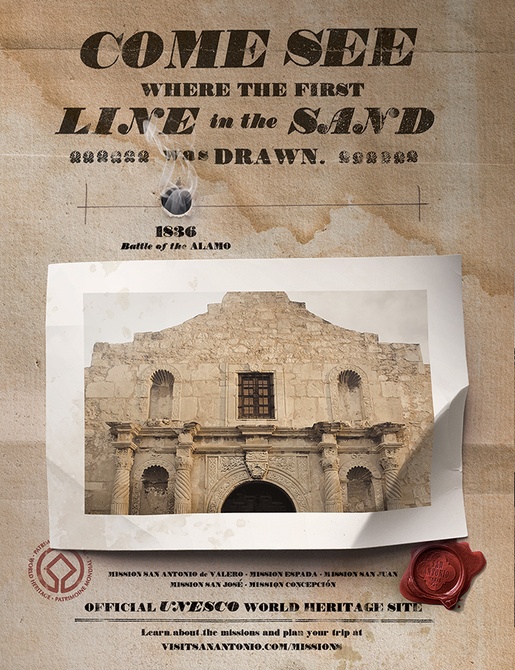 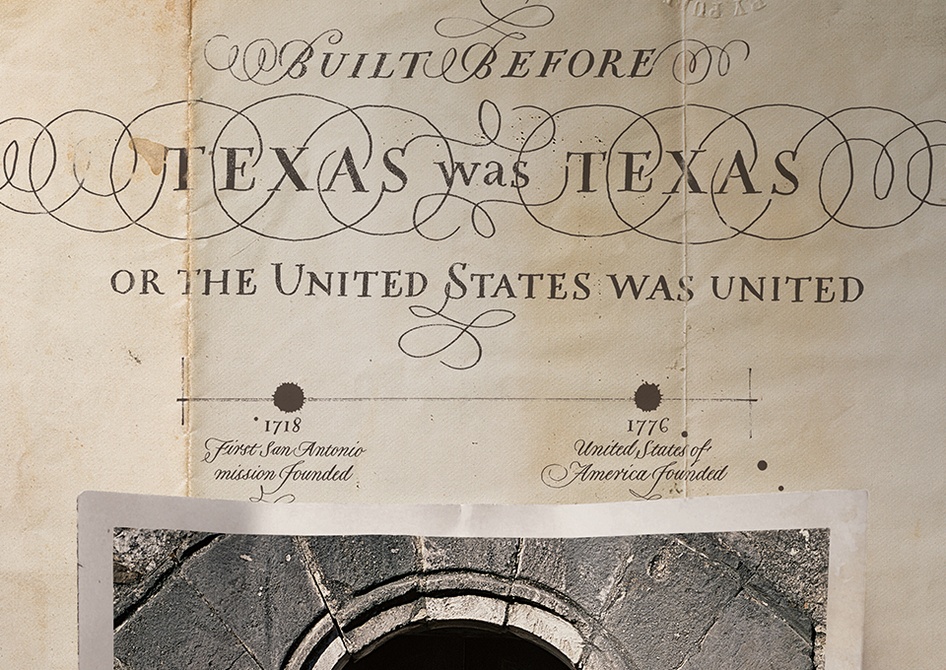 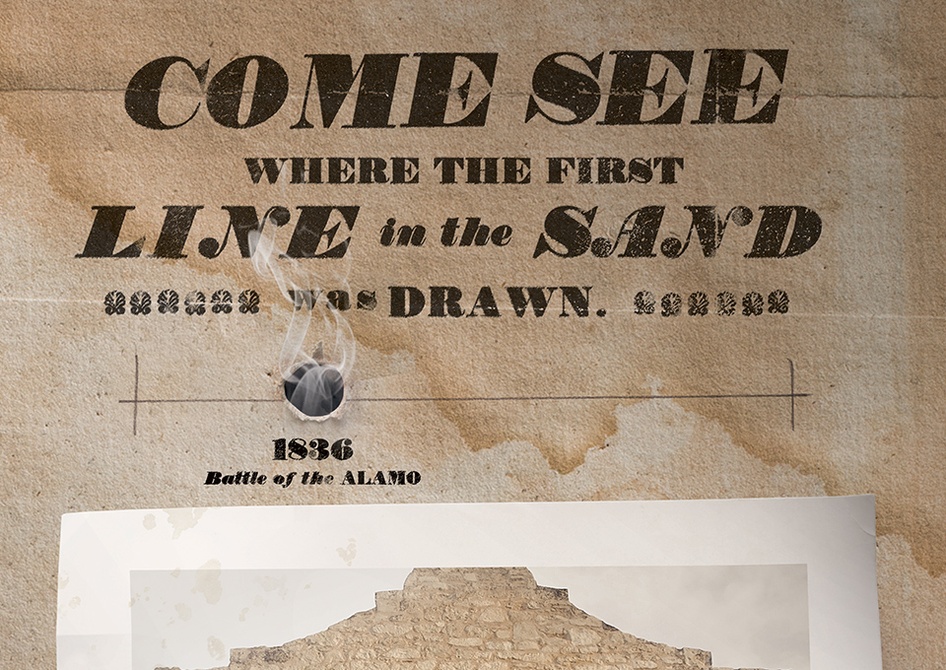 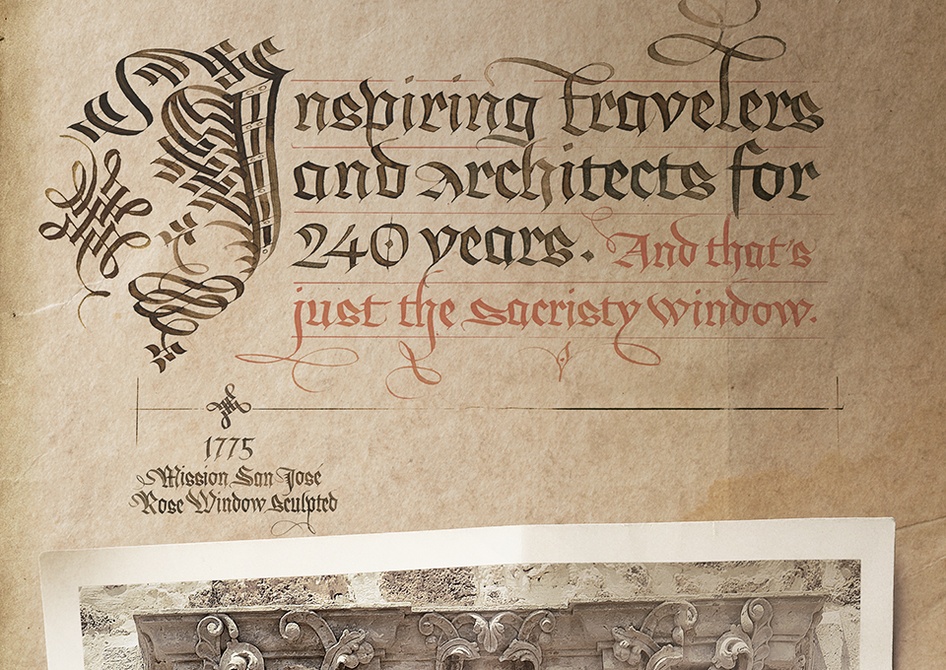 Title
The Missions of San Antonio

The five San Antonio Missions represent the largest concentration of Spanish colonial missions in North America and have been named a World Heritage Site by the United Nations Educational, Scientific and Culture Organization (UNESCO).

The rare honor has been bestowed upon only 23 sites in the United States. The missions are the first and only World Heritage site in Texas.

Create awareness of the newest World Heritage Site, and the only one in Texas, to drive interest in travel to San Antonio.

Ads were created using techniques and styles of the era of time for each Mission.

Confirmation was confirmed in Bonn, Germany approximately 5am Sunday July 5th. Campaign was created in anticipation of the confirmation and team was live-viewing the convention through web feed. San Antonio delegation was present at the convention and mobilized immediately with PR efforts to get the word out quickly to a national and international audience. At the same time, agency team pushed live owned assets such as website banners and content, and digital ad units.