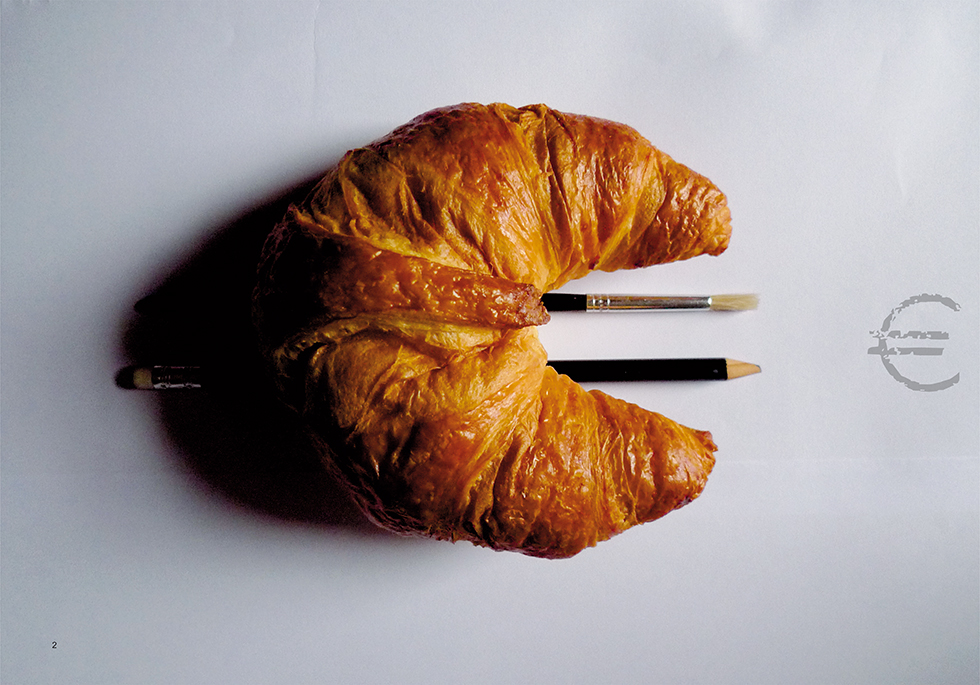 The integration of European countries into a special community is best accomplished in a common currency called the Euro. The typographic sign is specially designed and well known all over the world. What does it represent to the European countries themselves and their inhabitants. Common money unites and equalizes them at the economic level. We are only 20 years old, as we experience it ...

In ancient times the Romans ruled Europe. In the Roman Empire, Roman coins of gold, silver and other metals were used. The Romans organized various parties that entertained the people. Their proverb: "Bread and games" is the inspiration for this design. A bread or cake called Croasan placed over a paint brush and pencils mimic the shape of the Euro (€). The adage now reads: "Bread and culture, art and design" :)