The National Veterans Memorial and Museum 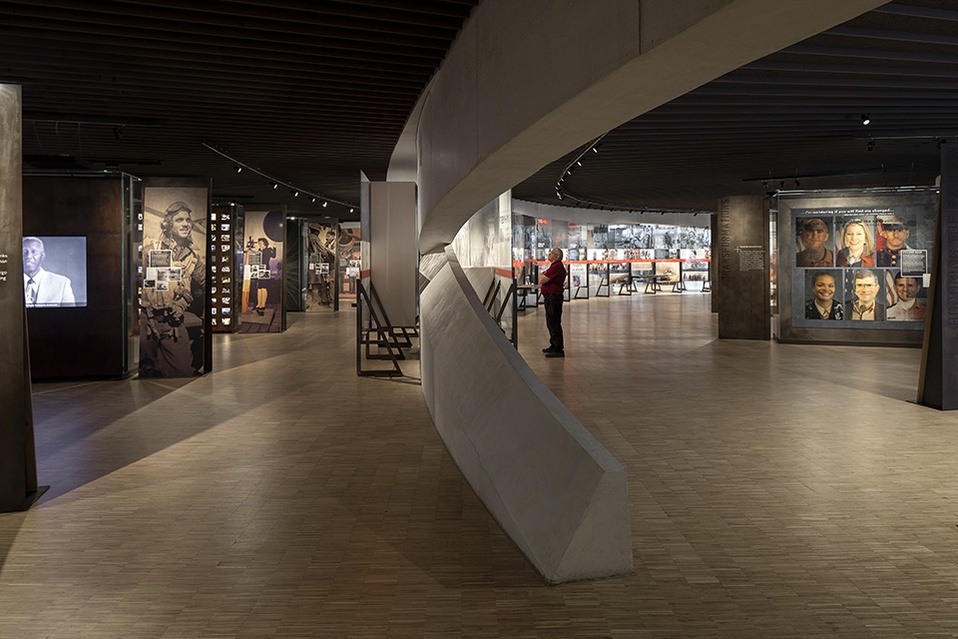 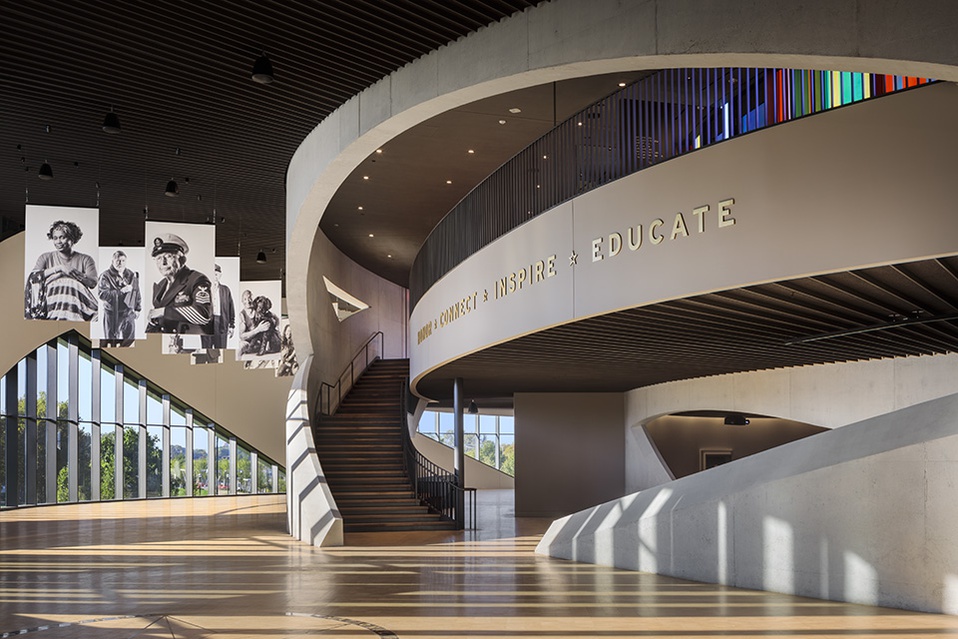 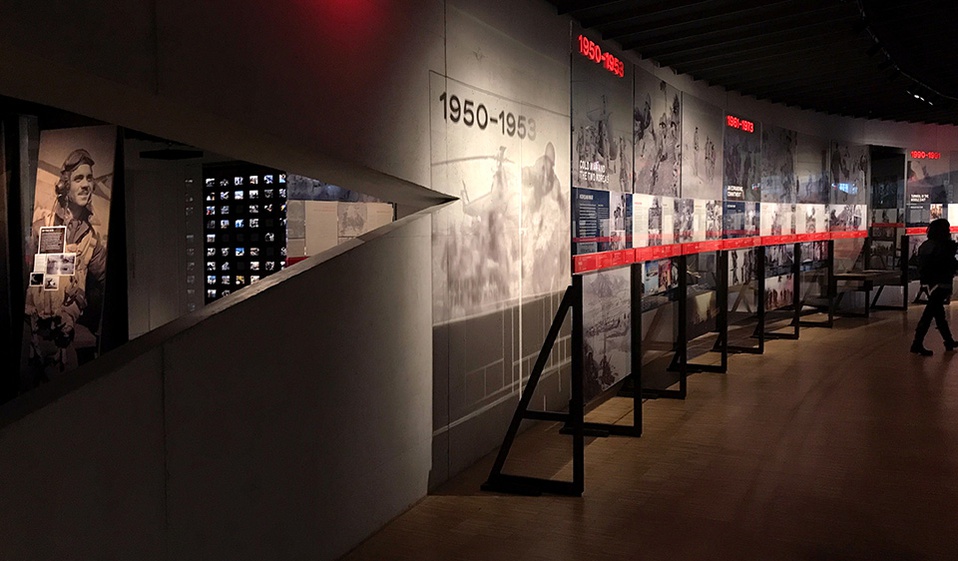 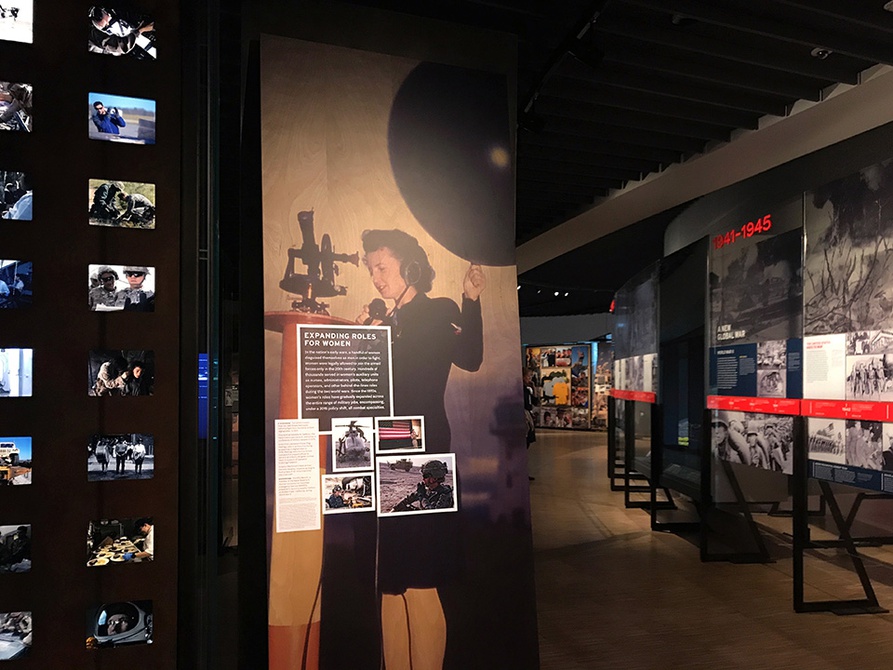 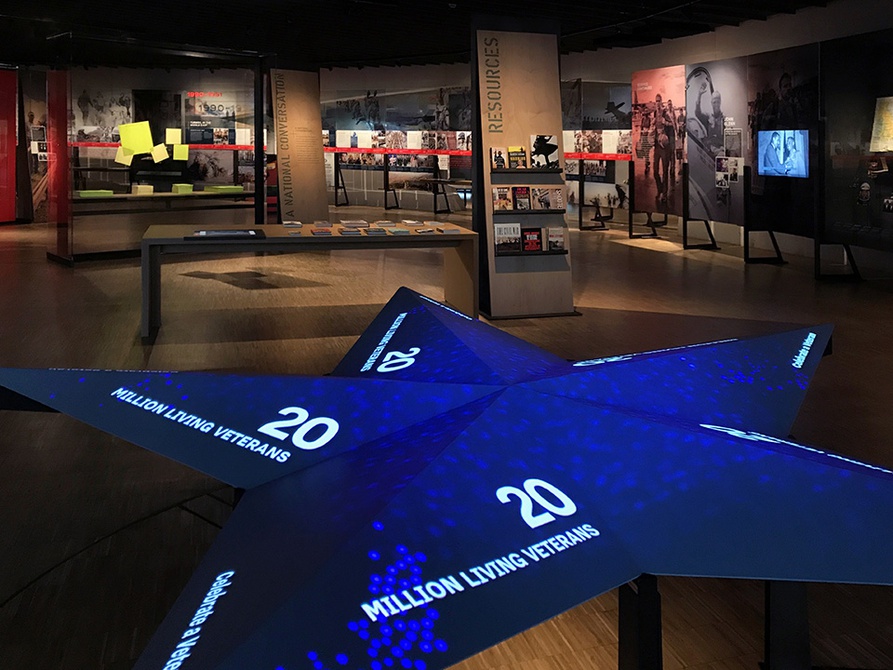 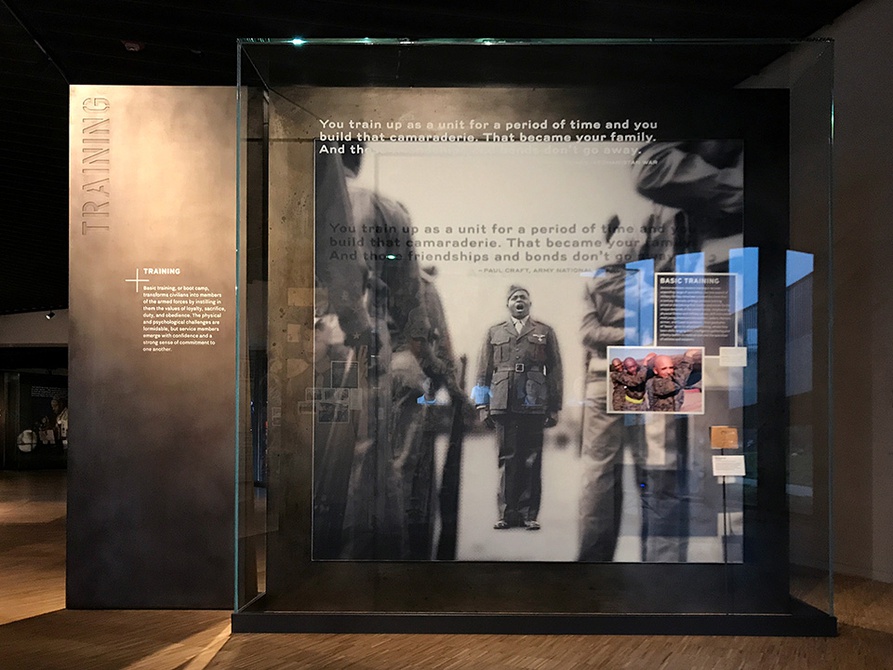 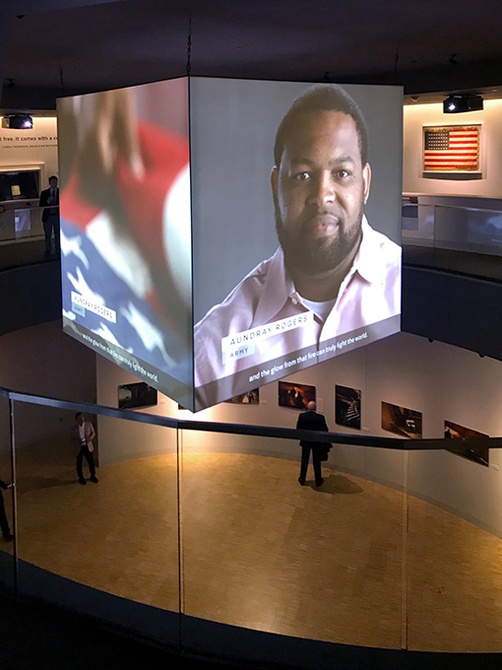 The National Veterans Memorial and Museum – officially designated by the federal government as a national museum – honors veterans past and present who have served the nation and recognizes those who have answered the call of duty throughout America’s history. The Museum is the first dedicated to the veteran’s experience, and is a place to celebrate and honor the service and sacrifice of all veterans from the Revolutionary War to the present.

Our vision was to create a repository for the stories of veterans and their families while also engaging non-veterans to connect to the universal human values and struggles revealed in these stories. To accomplish this mission, the goals of the Museum as expressed by the Veterans Advisory Committee were to: Honor the veterans; Inspire people to serve; and Connect civilians and veterans; we also worked closely with the Advisory Committee to add a fourth goal for the project - Educate visitors and young people.

The exhibits and media were conceived to not only tell the veterans’ experience in conjunction with a chronology of major wars and conflicts, but to motivate visitors to reflect on the meaning of service in its broadest sense, and to highlight the inspiring qualities and civic engagement of those in service and post-service.

In addition to considering what the museum’s exhibits mean to veterans and to Columbus residents – including students – another criterion for success of the project included how the Museum would serve as a national tourist destination. Located on the Scioto Peninsula, it is a key part of the revival of the downtown of Columbus, Ohio.

The museum was a new endeavor, and together with the client, we developed a robust and actionable conceptual and interpretive plan for the development of the exhibits. An extensive initial phase of research into historical subject matter included community outreach and wide-ranging listening tours with veterans and family members to ensure their critical feedback and input shaped the exhibition experience. As exhibits were not based on an existing artifact collection, a tailored approach based on interviews with veterans and historians was undertaken for the strategic selection of artifacts to specifically fit the interpretive structure.

Our approach to integrating experience and architecture included establishing a narrative path that unfolds along the building itself. The corresponding storyline evolves in phases: Leaving home to answer the call; Being in service; Returning; Becoming a veteran. Each exhibit is anchored by a cinematic sequence of large-scale images of veterans while incorporated materials and finishes – such as steel frames – evoke various aspects of military service. Films and interactives take visitors on an emotional journey as they hear veterans describe their experiences.

An adjacent timeline also unfolds in synergy with the architecture of the museum. Events of major conflicts throughout American history are described in tandem with the stories of individuals who served; artifact displays illustrate the continuum of military life. The culmination of the journey explores how the tools utilized and values embraced during military service are carried by veterans into their post- service civilian life. The experience pays tribute to the many ways that veterans have continued their service, and demonstrates how valuable their contributions are in building civic societies.

The National Veteran’s Memorial Museum is meant to be more than a Museum – it is a living tribute to over 40 million Americans who have served the nation since its founding. The museum is also key to ongoing engagement and local and national outreach on veterans’ issues, along with the broader issue of civic responsibility and the celebration of public service.

Press surrounding the opening reflected positively on this goal. Headlines included CNN’s “A national museum where veterans, not war, come first;” the Associated Press’ “United States Veterans’ lives, experiences celebrated at new Ohio museum;” the Chicago Tribune’s “Inspiring and one-of-a-kind: New memorial and museum in Columbus, Ohio, honors all veterans;” the Wall Street Journal’s “A Shrine to Honor Service.” The New York Times recently listed Columbus Ohio as one of the “52 Place to go” in 2019, with an emphasis on the re-development of the Scioto Peninsula on which the Museum is located.

Over 17,000 people have visited the Museum and Memorial in the first 100 days since its opening; its digital channels have reached over 2,000,000.