Fanny: The Right To Rock 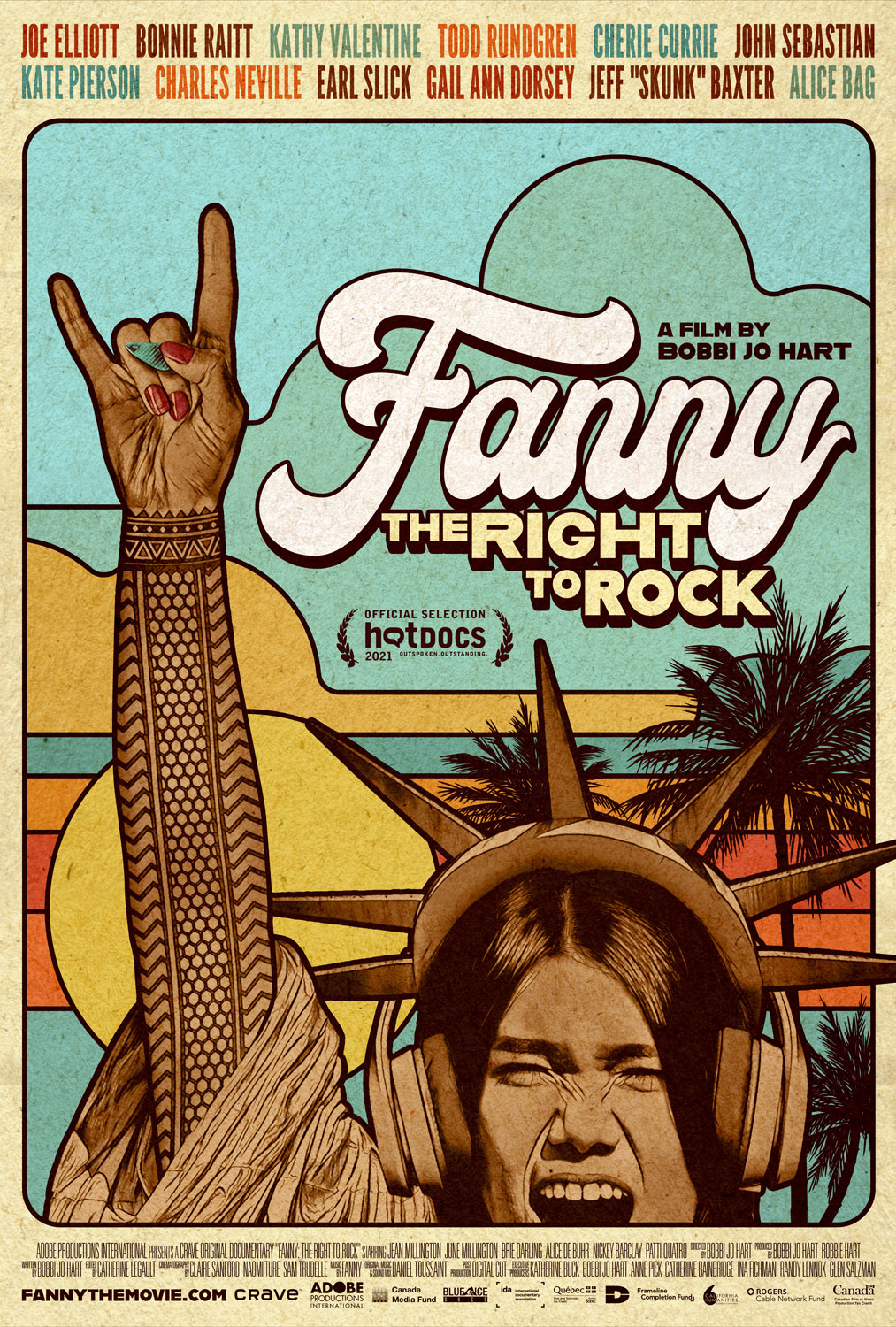 We were commissioned to create a poster for Fanny: The Right to Rock. The film reveals the untold story of a Filipina American garage band that morphed into the ferocious rock group Fanny, who almost became the female Beatles.

Inspired by a photo the director saw of a little Filipina girl in a foam Statue of Liberty crown, the poster features a Filipina Statue of Liberty displaying the rock hand gesture in a style reminiscent of posters from the band's era. The imagery is used to display fighting for your rights and overcoming the adversity the band had to face, as women in the male-dominated rock world, as Filipinas in a mostly white society, and for some members, lesbians in a homophobic culture.

The poster was well received at festivals and theatrical runs around the world, and the popularity of the film spurred a new interest in Fanny. Fans of Fanny and the film have been purchasing the poster from the band's official site, with some proceeds going towards helping young women in music.